As California's Office Growth Slows, Is The Sun Belt Just Getting Started?

Even if all good things must come to an end in the Bay Area, they might just be getting started for office developers in several Sun Belt cities.

A handful of metropolitan areas dotting the southern third of the country, like Phoenix and Austin, Texas, will likely see accelerated office-sector growth, as California hits its supply threshold, CoStar Group forecasts.

A number of factors point to that dynamic, like increased supply in cities like San Francisco and San Jose, but much of any new market traction likely starts with the Bay Area’s costs of both living and doing business, CoStar Portfolio Strategy Managing Consultant Paul Leonard said. “One concern is that pricing, things like price per SF or cap rate, are at peak levels right now,” he said. 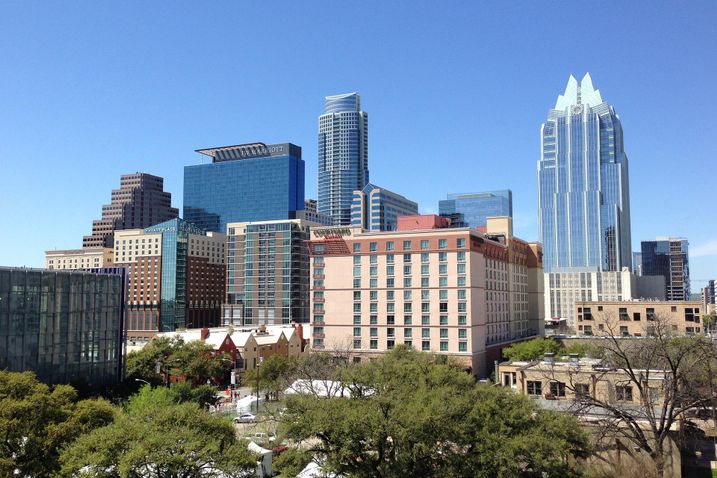 Pixabay/Kate Baucherel
Austin, Texas. has seen several tech behemoths native to the Bay Area expand in its confines — a trend some say will continue.

Average asking rents across office classes in San Francisco finished 2019 at $93.22, up 15% year-over-year from $80.97, according to JLL. All the while, a number of office properties around S.F. changed hands at over $1K per SF.

Both San Francisco and Silicon Valley’s submarkets, which saw even greater rent growth than S.F. last year, are also due for more office space to come online this year, which might relieve rent and price pressures, Leonard said. San Francisco will see 1.7M SF arrive this year, according to JLL. Though all of that is preleased, Uber’s move to its Mission Bay headquarters puts its old 700K SF footprint on the sublease market.

At the same time, some Sun Belt markets are due for more supply. Both Phoenix and Atlanta see occupancy rates well above their 10-year averages, according to Leonard.

“Developers aren’t building as much office in places where they typically had in previous cycles,” he said. “Places like Phoenix and Atlanta just haven’t been building as much.”

One exception is Los Angeles-based Fenix Development, the developer of a mixed-use project in Tempe, Arizona, named the Watermark that has 265K SF of office. It leased up most of that space through agreements with WeWork and San Francisco-based online real estate company Opendoor.

While the Phoenix area has seen some increase in its number of tech employees, Fenix Development Director of Development Mike Loretz says much of the market’s office-using job growth has come in different forms.

“We’re seeing a lot of tech companies that are situated in the Bay Area moving a lot of their operations, whether it be sales, operations, customer service or other back-office roles, to the Phoenix market because of the available labor force,” he said. “Big blocks of space are being taken from us and other developers because these companies are taking notice that they don’t need all their operations in LA or in San Francisco.”

Already the country’s fifth-most-populous city, Phoenix is also one of its fastest-growing, leading the U.S. in population growth in 2018 by adding over 25,000 new residents and hosting mega-school Arizona State University. 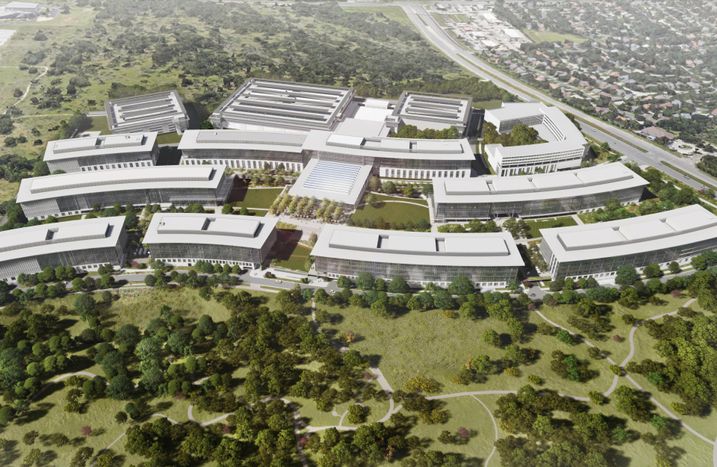 Courtesy of Apple
A rendering of Apple's $1B, 3M SF expansion in Austin under construction since November.

Loretz sees business-friendly policies legislated by the state government as a significant draw for a greater number of high-paying jobs as time goes on, citing Waymo, the self-driving tech division of Alphabet, and its large presence in the state.

That process seems to already be well underway. Last year, Phoenix ranked fourth among U.S. cities in office leasing by tech companies, behind only the Bay Area, Manhattan and Seattle, according to a new report from CBRE Tech Insights. Of the top five markets, only the Bay Area had a decrease from 2018, seeing a 37% slowdown in the amount of office space leased by tech, the report found.

While it didn’t crack CBRE’s new list, Austin’s office market has for several years benefited from California companies choosing to expand elsewhere, and CoStar projects more of the same this year, Leonard said. Apple has been especially keen on the city. Since 2016, the iPhone-maker has called Austin home to its largest campus outside of Cupertino, California, and in November it broke ground on one even larger: a $1B, 3M SF campus less than a mile away from its existing complex.

Newmark Knight Frank Director Joshua LaFico, who is based in Austin, said the city, which also counts Google, Facebook and Oracle as major occupants, can tout much cheaper rents than what tech companies find in the Bay Area these days. But, more importantly, so can their employees, he said.

“If you’re a big tech company, and you can move employees here, and all of a sudden they can buy a house two or three times larger than they could afford in the Bay Area, and it’s not an hour-plus drive, that carries a lot of weight,” LaFico said.

Still, at least for now, Austin is an exception among most Sun Belt markets for how much of its office growth has come from tech tenants, according to Leonard. Others that CoStar predicts will perform well, like Tampa, Florida, and Atlanta, have seen tech rise at a comparable pace with other industries.

In markets heavily reliant on the sector’s prolonged run for office growth, like the Bay Area and New York, Leonard said he worries about tech’s volatility being somewhat of a drag on rents and absorption, whether tech finally takes a tumble this year or next.

“There’s no risk that Silicon Valley and San Francisco aren’t going to continue to be the epicenters for tech,” Leonard said. “I don’t see that changing anytime soon.”