U.S. residential developments are on average much taller than they used to be, according to a new report by RentCafe, based on Yardi Matrix data on multifamily buildings.

The growth in residential building height has been especially pronounced in the last decade. 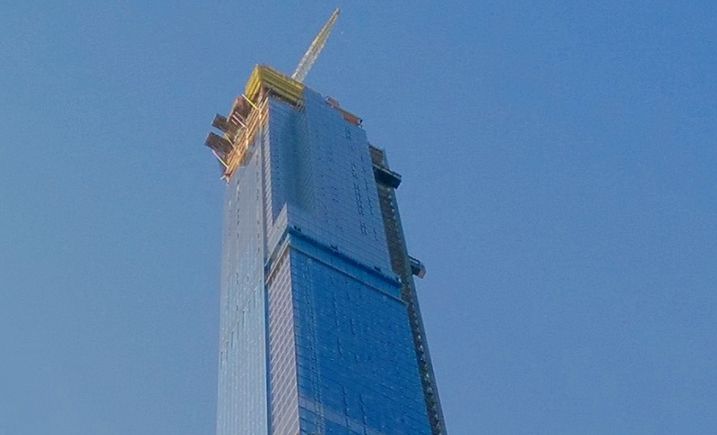 Wikipedia/GrissJr
Central Park Tower in New York City under construction in September. Soon it will be the tallest residential building in the world.

During the 1990s, the report notes, the average apartment building in the United States was three stories high, reflecting a time when garden-style developments were the norm. By the 2000s, residential buildings had grown to an average of four stories.

During the 2010s, the average shot up to six stories, spurred by a boom in high-rise and mid-rise residential construction, while new garden apartments aren't nearly as common as they once were.

Rising land costs have driven development upward over the past three decades, the report explains. That has been especially the case in dense urban areas, such as in New York, Chicago or Boston, combined with growing demand for apartments by increasing numbers of people (but not necessarily millennials) who want to live in such areas.

Yet not all cities are growing vertically. Jacksonville, Florida, for instance, with a 92% share of low-rise development, delivered no high-rise apartment buildings this decade, according to RentCafé.

Construction of the tallest residential skyscrapers — those with at least 40 floors — ballooned by 850% during the current decade, the report found. From 2010 to 2018, 68 such towers were developed, in contrast to only eight completed from 1990 to 1999.

It isn't clear, however, that the trend will continue ever-higher later in the 2020s, especially in the Northeastern U.S., where regulations on building heights are tighter. The trend might shift further to mid-rises.

"You see the binding constraints in New York City, for zoning, are a little more refined and stringent than, say, west of the Mississippi," Yardi Manager of Business Intelligence Doug Ressler told Yahoo. "Mid-rises are beginning to fill up the development pipeline."