President Donald Trump has reportedly expressed interest — in varying degrees of seriousness — about making a whopper of a real estate deal: the United States buying the north Atlantic island of Greenland (Kalaallit Nunaat) from Denmark, The Wall Street Journal reports. 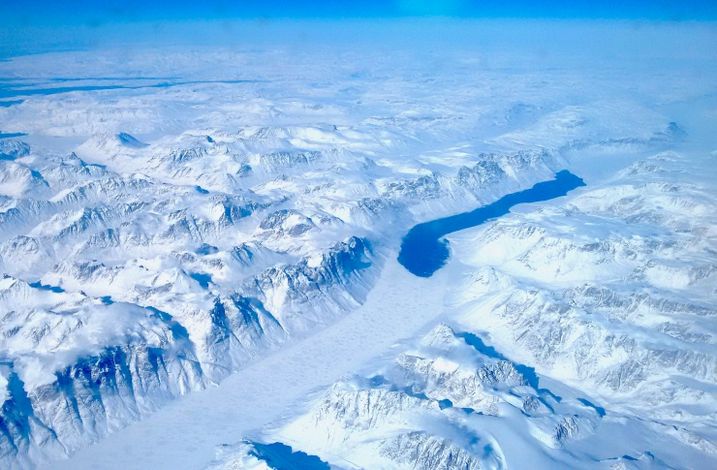 Denmark, which has had sovereignty over Greenland, the world's largest island, for centuries, hasn't commented on the idea officially, though Danish politicians have dismissed it. Greenland's foreign minister, Ane Lone Bagger, has said the notion is a nonstarter.

"We are open for business, but we’re NOT for sale,” Bagger told Reuters.

The idea of buying the 840,000-square-mile island, which is largely but not completely above the Arctic Circle, has been raised by the president in meetings, at dinners and in passing conversations, when Trump has reportedly asked advisers whether the U.S. can acquire Greenland. The idea has precedent: The U.S. previously made an offer to buy Greenland in 1946.

Trump has listened with interest when his advisers discuss the territory, according to the WSJ. The discussions haven't translated into any kind of formal diplomatic efforts toward an acquisition.

Greenland has a population of about 56,000, living mostly on the coast of the glaciered island. The residents of Greenland govern themselves under a series of Danish laws (the most recent passed in 2009), which recognize the Kalaallit (Greenlanders) as a distinct people and even offer them the opportunity to become independent, if they so desire. Prior to Brexit, Greenland was the only political entity to leave the European Union (actually its predecessor), mostly in a dispute over fishing.

Presumably any change of sovereignty would mean Greenlanders agreeing to it, not merely an act by the Danish government. Genuine negotiations for a sale — and there is no evidence that the idea is anything more than talk within the Trump administration — would presumably offer Greenlanders something worth having, such as U.S. citizenship. 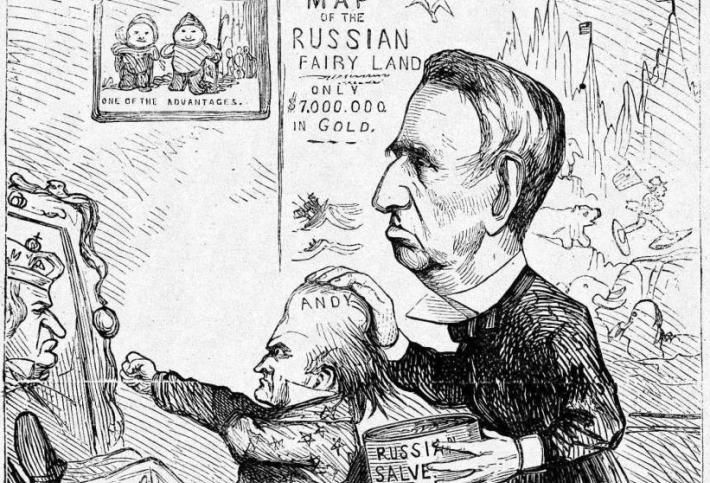 Wikimedia/Public Domain
The purchase of Alaska in the late 1860s was widely derided, such as in this Thomas Nast cartoon depicting Secretary of State William Henry Seward manipulating President Andrew Johnson into paying Russia $7M for Alaska, which was considered worthless.

Nations trading real estate (and not merely conquering it) isn't entirely without precedent. Though many residents might now rue the day that it happened, the U.K. ceded Hong Kong to China via treaty in the 1990s.

Over its history, the United States has bought large chunks of real estate, including most famously the Louisiana Purchase. The Andrew Johnson administration acquired Alaska from imperial Russia in 1867 for about 2 cents an acre. The deal was widely criticized at the time, but has paid off handsomely over time.

The United States is actually no stranger to Greenland. During World War II, when Germany occupied Denmark, the United States established a military presence in Greenland to ward off any possible German incursions, since Allied and Axis navies were struggling for supremacy in the North Atlantic.

After the war, in 1946, the United States seems to have made an unpublicized offer to buy Greenland from the restored Danish government for $100M ($1.3B in current dollars), according to documents declassified in the early 1990s. Greenland was seen as geostrategically important in the early days of the Cold War.

Rather than sell the island, the Danes agreed to allow the United States to maintain the base in northern Greenland that it had established during the war, Thule Air Base. Today, the U.S. Air Force Space Command and the North American Aerospace Defense Command use the base. It is home to 21st Space Wing sensors that provides early missile warning and space surveillance.

Also, much of the current air travel infrastructure of the island — the air fields of Kangerlussuaq in the west and Narsarsuaq in the south — both are former American air bases.

Another consideration for a would-be U.S. purchase is keeping the Chinese government from having undue influence over the island. Recently blowback from the U.S. Department of Defense helped cancel a deal under which Chinese investors would have financed new airports in Greenland.

If some of the ice covering Greenland melts (as some forecast will happen), it is possible resource extraction will be easier.