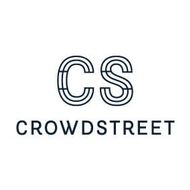 As the shocks of 2020 rattled the real estate world, traditional sources of equity began to dry up. Holding off to see how the market swayed, many institutional equity sources chose to pare back their investment arms. High net worth investors, however, had a different reaction. Their appetite for equity investing in CRE deals only grew stronger, and online syndication sites provided an ideal avenue to meet their increased interest.

On these online syndication sites, demand has grown from investors eager to take part in commercial real estate deals they had never had access to before. And as investor interest has grown, new and bigger deal sponsors have flocked to online syndication platforms because they provide not just a new source of equity but also more flexibility and control over their projects.

CrowdStreet, one of the leading online fundraising platforms, reported that of the 90 projects it published for syndication to investors in 2020, more than half came from sponsors that were new to its marketplace that year, including industry giants like Greystar. CrowdStreet also reported a 50% increase in the number of deals from sponsors that manage over $1B in assets.

The growth from the sponsor side has been matched by growth on the investor side, CrowdStreet CEO Tore Steen said. Despite the coronavirus pandemic, CrowdStreet’s platform attracted tens of thousands of accredited investors in 2020, growing its investor base by 56%. And where deal sponsors may have been struggling to find equity from traditional investors, they found a ready and willing audience from individual online investors. A survey of CrowdStreet’s investor base earlier this year found that 96% of investors plan to add commercial real estate to their portfolios this year, beating out the appetite for both stocks and bonds.

“When we embark on a project with CrowdStreet, we have a high confidence level that it will be fully subscribed,” said Dave Pollin, co-founder and president of The Buccini/Pollin Group, which raised $21M over two deals with CrowdStreet in 2020. “Not every deal is going to be for every investor, but they have such a broad investor base that they know so well, we as sponsors feel confident in their expectations.”

Often, the interest in the deals from investors is overwhelming. Dan Nagler, director of capital markets for Cabot, Cabot & Forbes, a Boston-based developer, experienced this hunger for deals firsthand when he launched his company’s first-ever deal to CrowdStreet’s investors via an online presentation. Nagler laid out the project — a 4.4-acre parcel in Cambridge, Massachusetts, that could either be leased as a logistics center or redeveloped as a life sciences space.

Thirty minutes into the online presentation, CrowdStreet opened the deal for its investors to make investment offers, and hundreds began offering sums ranging from $25K up to $500K for the project. Within seconds, the $21M in equity that Nagler and his team were working to raise was spoken for.

“It was the quickest fundraise that CrowdStreet had ever had,” Nagler said. “We were actually oversubscribed and had to decline investments from some of the investors who had wanted to invest but were just slightly behind others in the queue.”

Nagler credited the blink-of-an-eye fundraise to CrowdStreet's investment team, which he said has a deep understanding of which projects will resonate with its investor audience. He and Pollin both described the CrowdStreet review process as extremely thorough and said they relished having another team of analysts back up their own financial and logistical projections.

Cabot, Cabot & Forbes used CrowdStreet’s platform to raise an additional $14M in equity to develop a flexible office asset in Cambridge later in 2020. That project was ultimately oversubscribed as well, Nagler said.

Sean Lyons, a partner at Jackson Dearborn Partners, described the stunning velocity of CrowdStreet’s platform as he and his colleagues were raising equity for an Icon student housing project at the University of Illinois Urbana-Champaign.

“We never thought in a million years it would happen so fast,” Lyons told Bisnow. “I’ve been in real estate for 20 years, and I specifically remember that day taking the train home and feeling like this is an enormous, game-changing moment, both for our company and for real estate in general, that we had cracked the code for what had been a slow and inefficient process.”

Using online syndication is not just about finding new sources of equity and investor demand; it’s also about flexibility. When sponsors work with institutional joint venture partners or a small group of ultra-high net worth investors, those equity sources will often push the sponsors toward a particular development plan, demand extensive progress updates that can distract the sponsor from doing the work of actual development or even force the sponsor to sell at inopportune times.

“When you’re taking a single check for tens of millions of dollars from an institutional source, they’re going to have a lot of say,” Steen said. “Our investors understand that since they’re providing $50K, or $200K, so they’re not going to be calling the shots on the project. That gives our sponsors room to do what they do best, which is manage the real estate.”

At his team’s second project, a flexible office space in Cambridge, Nagler said that the development plan was to reposition the space as a life sciences laboratory. However, if that plan proved too costly, CCF could also simply renovate the building, lease it as office space and sell it.

“When you have to manage an equity partner, the handholding to make sure they are comfortable with our decision can get in the way of having a nimble execution plan,” Nagler said. “Having that flexibility to create value in multiple ways was very important to us.”

For many sponsors, CrowdStreet fills a gap in the capital markets space. It can be difficult to raise between $5M and $20M in equity, as that amount is probably too large for a single high net worth investor but too small for an institutional partner to be interested. Now that online syndication has taken off and established itself as a reliable source of equity, Pollin said, CrowdStreet has become BPG’s go-to equity source for those mid-sized projects.

Pollin described the difficulty he had in bringing on an equity source to back the development of the new Virgin Hotel Nashville. The combination of ground-up construction and a relatively young hotel brand in a market whose hospitality sector is still emerging made many institutional investors hesitant to buy in.

“But then you realize, this is a music-themed hotel in the heart of a music city by a pioneering brand in the record industry,” Pollin said. “We felt the project had a concise, tight story. The CrowdStreet team really got it, and it just seemed to click with them.”

In the end, the Virgin deal was oversubscribed in 48 hours, with BPG having raised $7M in equity.

The beauty of the CrowdStreet platform, Steen said, is that growth on the investor and the sponsor sides just promotes more growth. As investors have become more comfortable with the platform, seen returns and come to trust the sponsors that they have worked with, they are investing more and more through CrowdStreet. And as larger and more ambitious sponsors see online syndication as a reliable way to source equity, CrowdStreet’s investors get a more diverse range of projects to choose from.

“We’re helping educate investors about CRE with our thesis around what we look for in deals while giving them access to deals they wouldn’t have been able to see even two or three years ago,” Steen said. “We’re giving them the power to build their own portfolio in CRE instead of just buying into a conglomerate of assets. And for sponsors, we’re helping connect them with a network of investors to spread and grow their brand across the country.”

This article was produced in collaboration between CrowdStreet and Studio B. Bisnow news staff was not involved in the production of this content.