'No Longer Shooting Fish In A Barrel': Industrial Boom Might Be Losing Its Edge

The industrial real estate market in the United States has seen enormous growth in the past decade. But there are looming threats that mean the cycle could head south sooner rather than later. 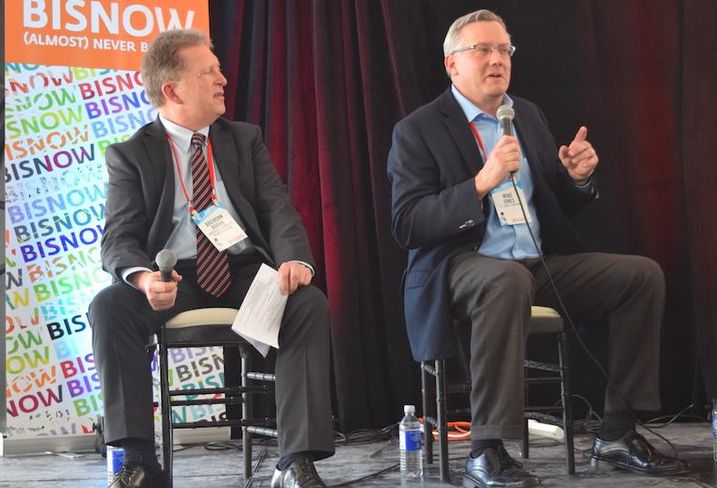 Demand is catching up with supply, there are growing fears about frothy pricing and major labor shortages across the country.

Throw in spiraling construction costs, ailing ports, a dearth of truck drivers and it is a recipe for some real concerns, experts at Bisnow’s National Industrial Event in New York City said this week.

Meanwhile, almost all companies that use industrial spaces are up against Amazon, which has created consumer expectations that may not be sustainable for other businesses.

“A lot of companies can go broke trying to maintain a standard Amazon has taken 20 years to set,” supply chain engineering and logistics consulting firm St. Onge Co. President Emeritus Mike Jones said. “Stuff like same-day makes a lot of sense in New York City … The rest of America doesn’t look like that.” 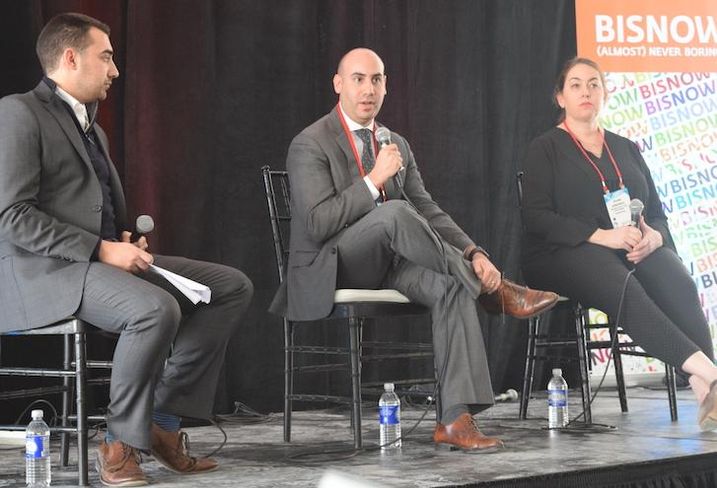 It is not that consumers across the country are necessarily asking for same-day delivery, law firm Riker Danzig partner Ronald Leibman said, but companies feel forced to keep up with giants like Amazon and Walmart.

“This is not a consumer-demand issue, this is a business-competitiveness issue,” Leibman said of same-day delivery. “People do not make money on it.”

While those companies have to find a way to balance the books in an environment where Amazon calls the shots, industrial investors are forced to grapple with a shifting market. 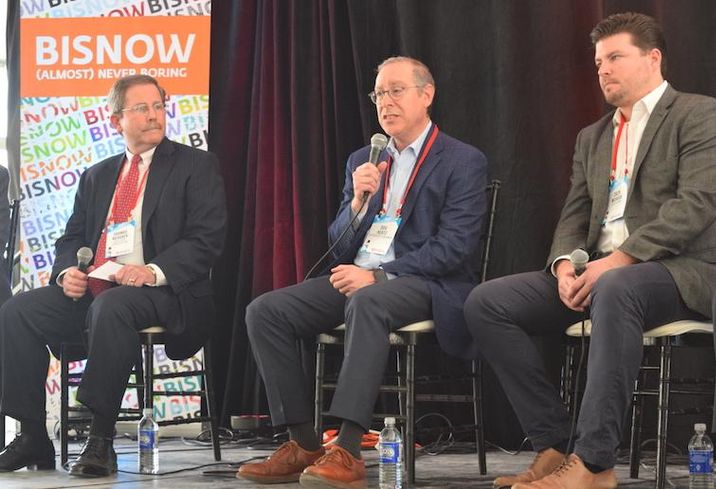 Heavyweights like USAA and Blackstone said the next 12 to 18 months will bring a plateau of pricing which, depending on where interest rates go, could then lead into a recession, albeit a less severe one than in 2009.

Others suggested returns cannot remain at the same level of two or three years ago, with supply now ticking up slowly.

But DCT Industrial CEO Phil Hawkins likened the market to a cricket match — which can last for days — rather than the industry's pet analogy of innings in a baseball game. He said that, as long as the economy continues to perform well, the industrial market has room to grow. But, he admits, there is change on the horizon.

“Supply has grown to a point that you are no longer shooting fish in a barrel — as a developer you need the right product in the right place, but you are still seeing rents grow,” he said. 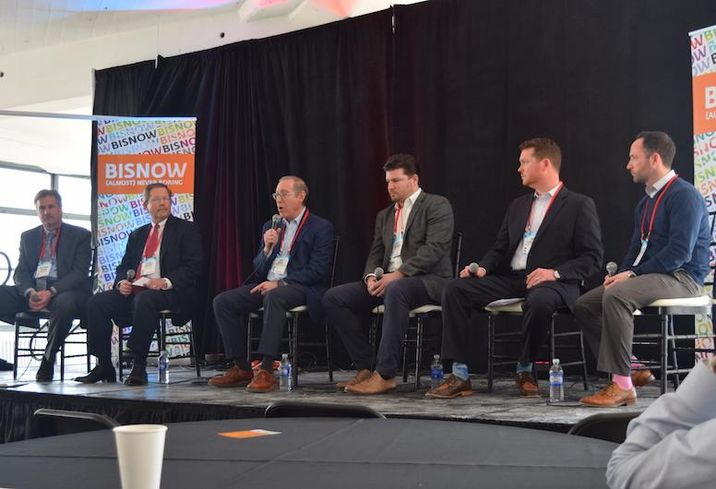 DCT is focusing on areas like Dallas and Atlanta — or other cities with what Hawkins called "speed bumps" to supply — where the company would be protected from other markets' overbuilding.

“At some point the cycle will end ... we will feel it, but we won’t be punished by it," Hawkins said. "That’s something many institutional investors, certainly the REITs, learned in the last downturn.”

E-commerce's rise ensures demand will not fall off a cliff, but there are fundamental roadblocks standing in the way of developers and investors. 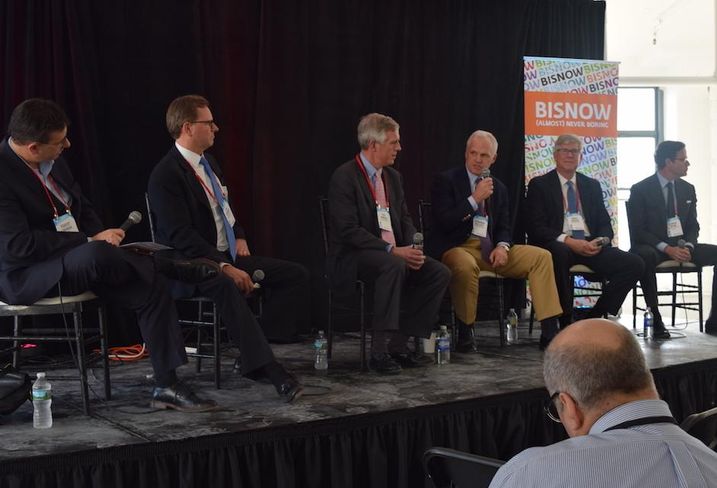 “Finding land that you can build multistory logistical centers is what’s going to be challenging,” he said.

There is no doubt space in the city is tight — more than 11M SF of industrial space was wiped out in rezoning between 2007 and 2016, according to analysis from Ariel Property Advisors. 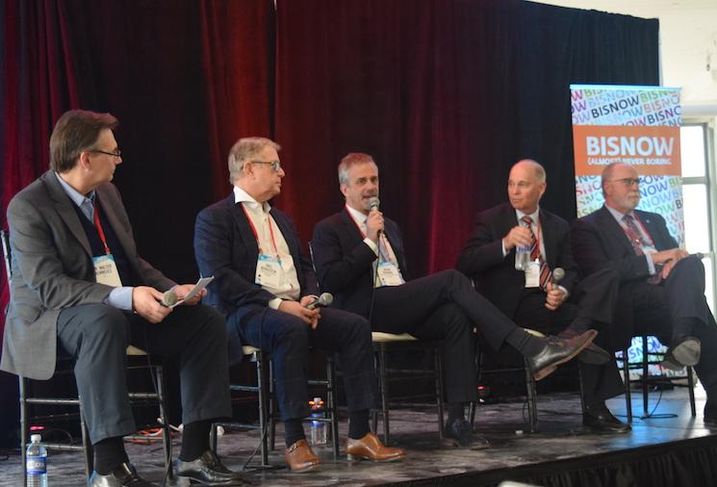 But even in parts of the country that have large swaths of land to build on, finding people to take on the job will be challenging. The tight labor market and costs of construction are going to be a challenge everywhere, panelists said. Staffing distribution centers is also a challenge, with many companies now saying they cannot set up distribution centers near Amazon because they do not want to compete for workers.

But the labor shortage goes deeper than the workers needed to build or staff warehouses.

Along with the fears that ports will not be able to meet their growing demand without federal investment into infrastructure, there is a national shortage of truck drivers that is only getting worse. 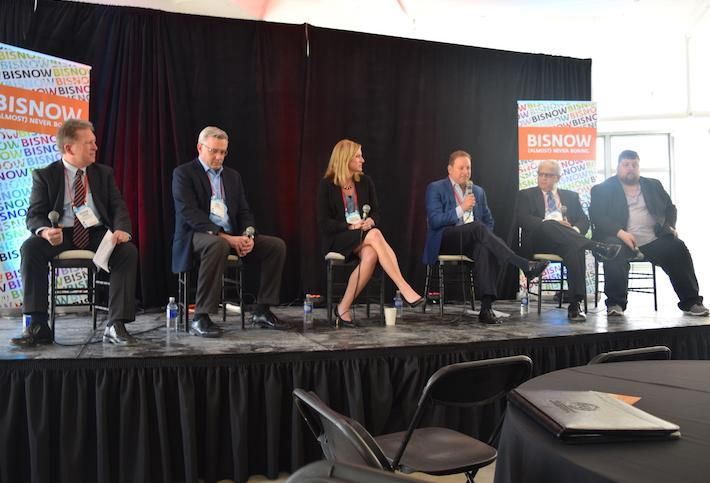 The American Trucking Association believes there is a shortage of 69,000 drivers nationally, Leibman said, although it could be even higher than that.

“I’ve seen numbers as high as 200,000,” Leibman said. “In Minnesota there were reports that for every nine loads available, there was one truck.”

There is still bullishness about the long-term future of industrial, those who believe the sector is safe because, unlike in previous years, banks have not taken a "drunken sailor approach" to lending, as one panelist said.

“Anywhere there is population, there is going to be demand for industrial space,” STAG Industrial CEO Ben Butcher said. “The opportunities going forward will be spread across the United States.”

CORRECTION, FEB. 22, 5:15 P.M. ET: Ronald Leibman is a partner at law firm Riker Danzig. A previous version of this story misspelled his last name. This story has been updated.

CORRECTION, FEB. 23, 1:15 P.M. ET: A previous version of this story mischaracterized the reasons DCT Industrial's Phil Hawkins said he is targeting the cities of Dallas and Atlanta. This story has been updated.