Demand for U.S. industrial real estate is expected to remain strong in 2018 and, if NAIOP's Industrial Space Demand Forecast is correct, the sector will see over 223M SF of net absorption this year. And NAIOP's tool typically is correct. 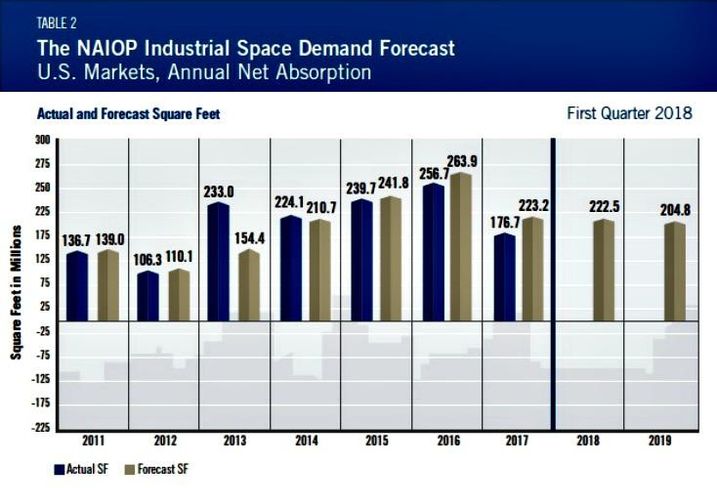 Courtesy of NAIOP
This graph looks at NAIOP's forecast net industrial absorption versus actual from 2011 to 2017, as well as predictions through 2019.

NAIOP's report, released twice annually, uses a predictive model designed by Manhattan College professor Hany Guirguis and New York University professor Joshua Harris. Unlike other market reports that use only a handful of data points, the model developed by Guirguis and Harris tests over 40 economic and real estate variables that can relate to demand for industrial space. These variables include measures of employment, gross domestic product, exports and imports, air, rail and shipping data and net absorption research from CBRE.

Guirguis and Harris use a Kalman filter — an algorithm that uses a series of measurements observed over time — to produce more accurate estimates.

This model allows NAIOP to forecast industrial demand up to two years in advance, and the model's absorption numbers have been very close to actual net U.S. industrial absorption the past four years. Guirguis said he and Harris review actual quarterly net absorption numbers compared to prior forecasts to check for errors, and tweak the forecasts moving forward. Harris said the feedback from NAIOP members has been positive every time he gives presentations of the model at NAIOP national forums.

"What they like is not just the numbers, but commentary driving it. This gives the developers a better understanding of the market based on data as well as instinct, then they combine the two to make more informed decisions on how much to build," Harris said. 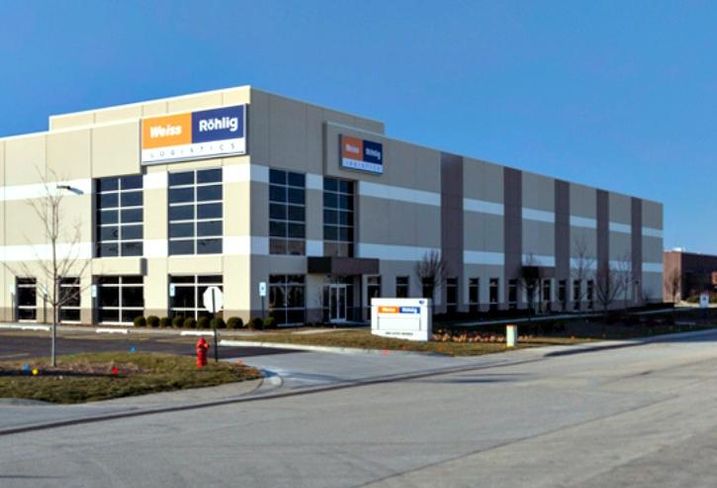 Because the model is updated twice a year, Guirguis and Harris allow the model to assign different weights to specific criteria, depending on the volatility of regional activity.

"We are forecasting raw industrial demand based on economic variables. We are not trying to interact the model with existing supply, which allows the forecast to help developers decide how much new product should be developed," Harris said.

Guirguis and Harris' model is predicting a market where demand will outpace supply this year. According to the data, 2017 was the first year the industrial market behaved like a supply-constrained market, as delivery of new industrial space was nearly equal to net absorption. It is a trend Guirguis and Harris expect to continue this year.

"We don't try to guess the surprises that may occur, even if talked about in the media. We let the data speak for itself," Harris said.