A warehouse in Versailles, Kentucky, that held about 45,000 barrels of Jim Beam products has burned to the ground. The fire started late on Tuesday in two adjacent warehouses, and firefighters were able to extinguish the fire at one of the buildings. 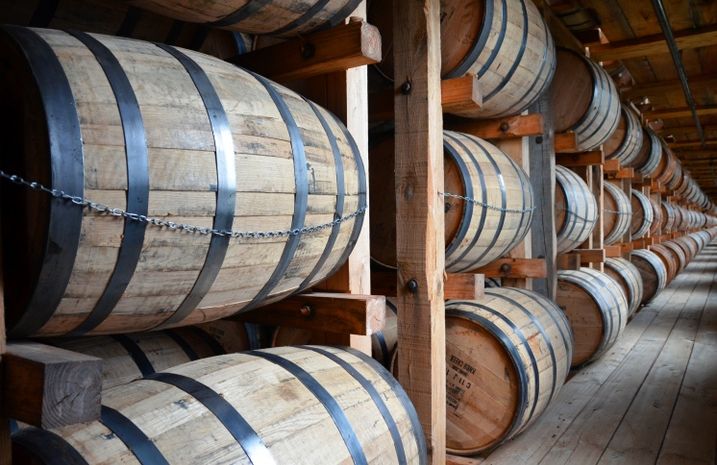 The other structure continued to burn throughout the night, resulting in a total loss. There were no reported fatalities or injuries associated with the fire.

Woodford County Emergency Management Director Drew Chandler told CBS affiliate WLKY-TV that the cause might have been a lightning strike.

Louisville-based WLKY tweeted some video footage of the blaze.

Jim Beam issued a statement in the wake of the fire noting that the company has a warehouse safety program that includes regular inspections and protocols to promote safety of its inventory as it ages.

The company operates 126 barrel warehouses in Kentucky that hold about 3.3 million barrels. The destroyed Versailles warehouse, which was just west of Lexington, Kentucky, contained barrels of relatively young whiskey. According to Jim Beam, the fire will not impact the availability of its products for consumers.

Bourbon has been a booming business in recent years. According to the Kentucky Distillers’ Association, the state has 68 distilleries as of 2018, up 250% in the last decade. Thirty-two counties in the state now have at least one distillery; only eight counties did in 2009.

Kentucky produces 95% of the world’s supply of bourbon and has about a third of all the distilling jobs in the country. By 2022, according to the association, bourbon distillers will have undertaken more than $2.3B in new capital projects, including new distilleries and aging warehouses, bottling facilities and tourism centers.