Atlanta's industrial market is making up for lost time as developers get underway with more than 9M SF of spec industrial space throughout the metro area. But as some 20% of the spec space already delivered since the Great Recession remains vacant, is the industry getting ahead of itself? Learn more at Bisnow's 2016 Atlanta Industrial Update event on Tuesday.

“I think we're just making up for hardly having delivered anything for years,” says Pattillo Industrial Real Estate CEO Larry Callahan, one of our panelists. “I don't think we're at the end of a cycle. We're not even at the beginning of a cycle.” Pattillo is certainly putting money on that bet: It's underway with a 450k SF spec warehouse at McClure Park in Jackson County. 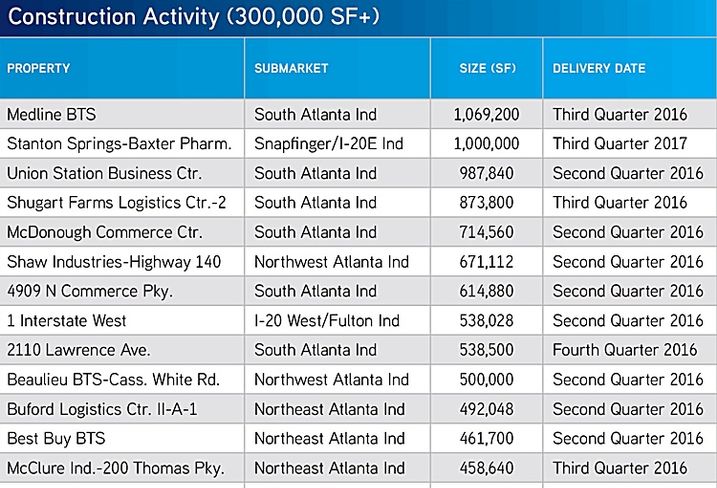 The fundamentals of Atlanta's industrial market have certainly been strong. This past quarter alone, landlords filled 3.4M SF, well above average quarterly absorption numbers. And rents continue to move upward, now at $4.09/SF, the highest number on record for the market. But developers have seemingly received a green light to pump new product into Atlanta: 3.4M SF of spec warehouses started this past quarter alone, according to data from Colliers International (with a list of some of the key projects underway above).

And that has led to something else the market hasn't seen since the dog days of the Great Recession—a vacancy increase. Colliers reports vacancies rose 50bps—the biggest jump in more than five years—to 8.2%, largely upon the backs of new spec warehouses opening for business empty. Of the nearly 12M SF of spec warehousing developed since 2014, about 20% is still empty, according to Colliers. That, along with the deluge of space underway and signs of economic stress worldwide—the energy sector crash, a strengthened dollar that's hurt some key coastal markets, and slowdowns in China and the Eurozone—would in ordinary times raise flags. 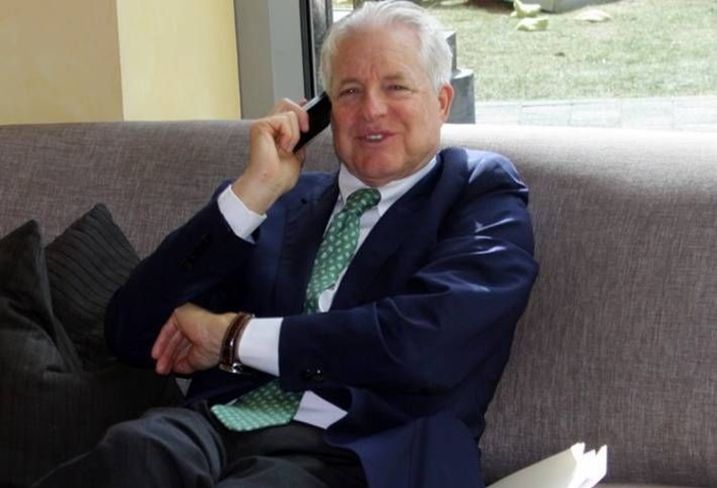 But, not this time, says Seefried Properties founder Ferdinand Seefried, another of our Tuesday panelists. Certainly the bulk of tenant activity in Atlanta has been focused on the big-box space, especially as Corporate America rejiggers logistic networks for e-commerce overhauls. But even smaller industrial tenants are starting to gain courage and expand. “I could see a wave of demand developing over the next 12 to 18 months,” Ferdinand says. “I don't think the market is really overbuilt.” 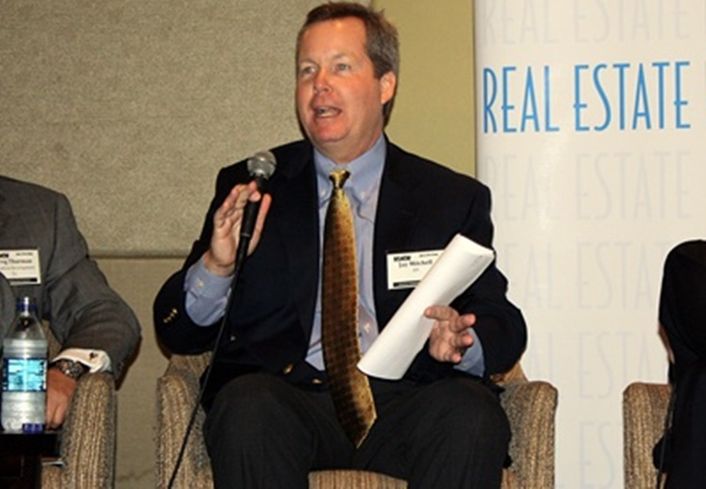 Larry says he sees those headwinds in the economy perhaps starting to abate. Energy is showing a rebound, and Europe is starting its own form of quantitative easing to spur on the economy. “I do not currently see that crushing the rest of the economy. In fact, I do think we've already weathered the storm.” And he says demand should be able to suck up the spec coming. “Everybody pays attention when a whole lot of buildings start going up. But I don't think it's the sign of the apocalypse.”