Even good news for The Trump Organization these days comes with a cloud of suspicion.

Trump International Hotel and Tower in New York reported a 13% increase in revenue in the first quarter after eight consecutive quarters of decline, the Washington Post reports. A major contributing factor behind the boost, according to the Trump Organization, was a visit by the Crown Prince of Saudi Arabia. 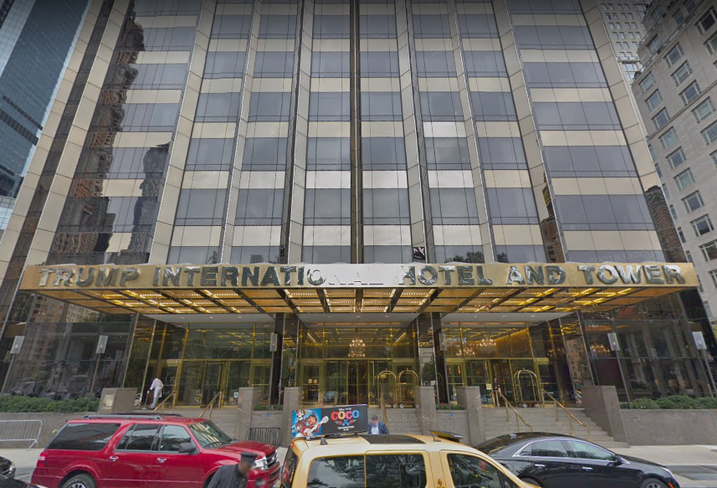 Prince Muhammad bin Salman and his family stayed at the Plaza Hotel, once owned by Trump but sold in 1995, on a last-minute visit to New York in March. But the Plaza could not accommodate the prince's entire traveling party, so some members stayed at Trump International for five days.

Though President Donald Trump has stepped away from the business that bears his name, he infamously refused to divest himself — meaning a portion of the hotel's profits, generated indirectly by a visit from a foreign dignitary, go into his pocket. It is a potential conflict of interest that has drawn criticism since before Trump won the election, and it continues to pick up steam.

The attorneys general of Maryland and Washington, D.C., filed a lawsuit against the president for violating the emoluments clause of the Constitution, and a judge allowed that lawsuit to proceed last week, the Post reports. New York Attorney General Barbara Underwood responded to that announcement by revealing her office is conducting a similar investigation related to Trump properties in the state, including Trump International.

The Post also reports that since Trump was elected, other foreign delegations have used Trump properties for hotel stays and to host events, especially the Trump International in Washington, D.C. Critics claim Trump's connections to the hotel have caused domestic and foreign politicians to patronize the hotel in an attempt to curry favor with the president, the Post reports.

For those whose hotel stays have a less political nature, Trump's name has seemed to have the opposite effect. Multiple properties have won the right to strip Trump's name from their buildings, such as the former Trump Soho and Trump International in Toronto.

As for Saudi Arabia, the Trump Organization's dealings with the royal family have not all been positive. The company filed a lawsuit against another Saudi prince, Faisal Bin Abdul Majeed Bin Abdul Aziz Al Saud, for unpaid rent at Trump Park Avenue in February.