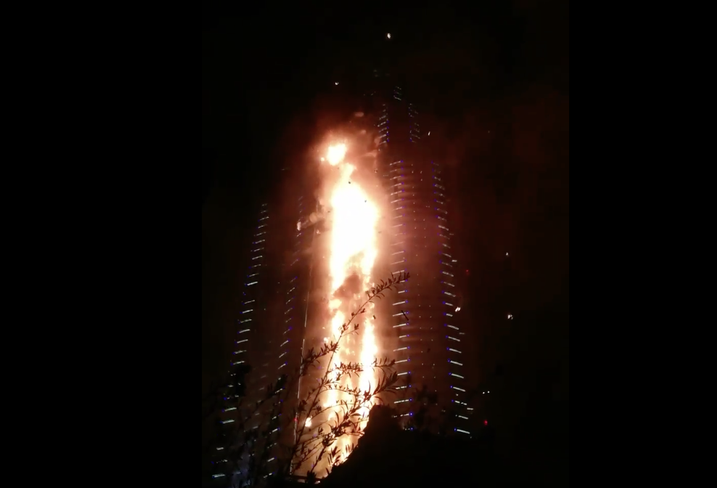 Forty stories of the luxury Address Downtown hotel in Dubai went up in flames on New Year's Eve.

The flames were first seen at about 9:30 pm and is believed to have started on a 20th story terrace. The blaze stretched from the ground floor up to the 40th floor of the 63-story hotel. The cause of the fire remains unknown.

The Dubai government media feed tweeted 14 people sustained minor injuries, though a medic on the ground estimated the number at closer to 60, according to the Daily Mail. Officials have also said one person suffered a heart attack.

Although the five-star hotel located across the lake from Burj Khalifa--the world's tallest building--the celebration went on. Dubai Police had already cordoned off roads in the area in order to deal with the millions expected to attend the event.

The 1.6 tons of fireworks at the Burj Khalifa--which was also fitted with 400,000 LED lights--was one of three planned displays for the evening. [DM]