After a period of testing in France, AccorHotels is rolling out its Flying Nest temporary guest room concept more widely. Flying Nest is essentially a pop-up for hotels. 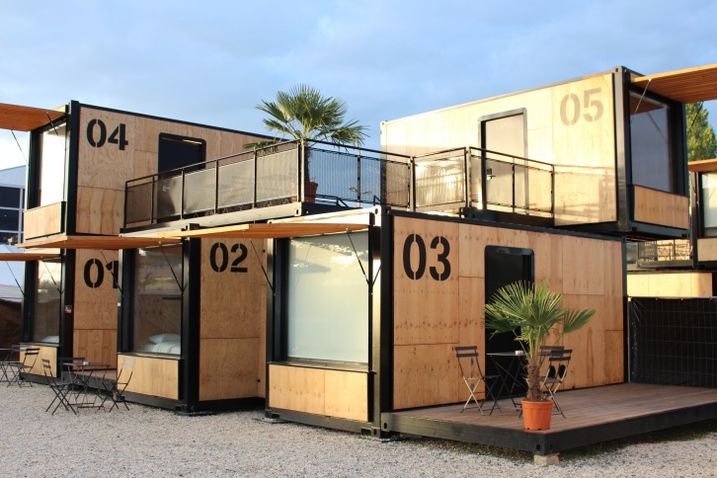 When demand dies down, the concept can be disassembled just as quickly (less than a day) and moved elsewhere. An event pays Accor to set up the rooms and then guests pay the event for staying in the midst of the action.

For instance, last year the Flying Nest concept appeared at the 24 Hours of Le Mans (24 Heures du Mans) car race in France, Pop Up City reports, about 20 feet behind the race track. Guests were able to watch the race from their bedrooms.

Each container is about 130 SF, with a living area, a private bathroom and a large picture window. The modules are connected by terraces that invite guests to mingle. The support module makes the accommodations self-sufficient for as long as two and a half days, regardless of setting.

French designer ora-ito designed the modules, which are meant to be as comfortable as hotel rooms, including such amenities as Sweet Bed by ibis bedding, private bathrooms, air conditioning and a WiFi connection. The French company Capsa, which repurposes shipping containers, sets the modules up. 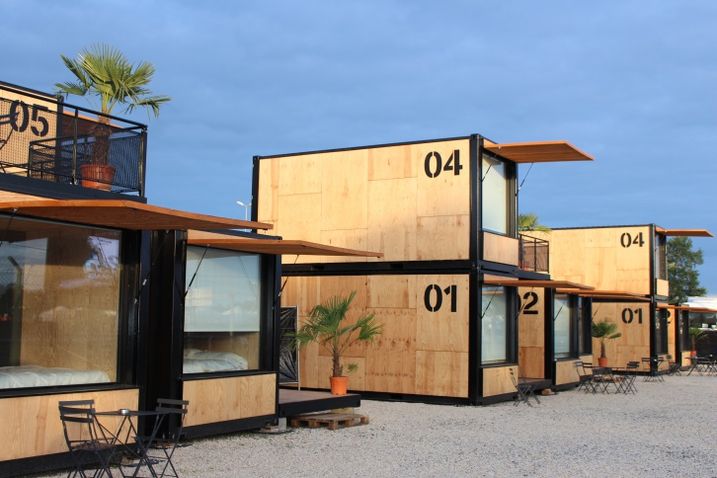 As yet the hotelier hasn't said where the concept will expand to outside of France, though they will probably be offered directly to consumers in locations without standard hotels that are nevertheless attractive — with a view of picturesque mountains or on the edge of a sprawling wilderness — as opposed to at events.

Accor has been busy recently expanding its holdings of more conventional hotels, especially in North America. The Paris-based hotelier spent $51M last summer for an 85% stake in Louisville, Kentucky-based 21c Museum Hotels, and before that acquired interests in SBE Entertainment Group and Fairmont Raffles Hotels International.