Open offices, sharing and collaboration are not terms you hear often in the disciplined high-stakes world of health science. But in labs across the country, those ideas are taking root.

Rising real estate costs compounded by rapidly increasing research expenditures have spurred the rise of co-working and shared workspaces in an industry defined by its rigor and privacy. 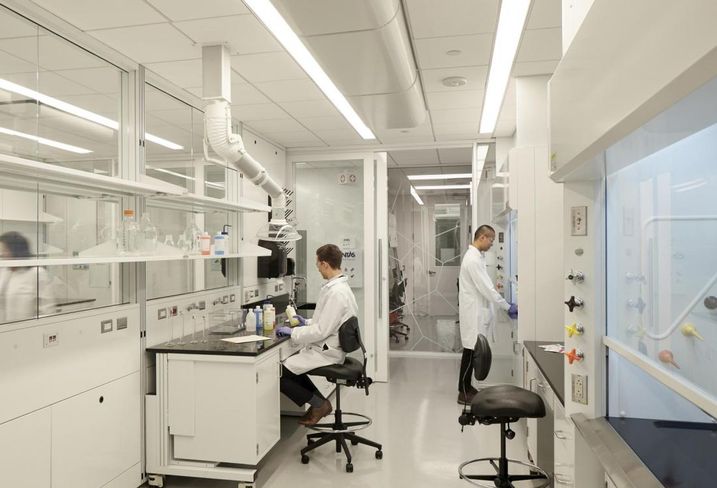 Demand for lab space is soaring. A 50% increase in venture capital life science investment has led to a 12.5% life science employment bump over the last 10 years, and rents for lab space in premium markets has leaped 50% higher in the last three years, according to CBRE’s latest Life Science report. Early stage life science companies are increasingly turning to affordable co-working startup spaces like Johnson & Johnson’s incubator JLABS and the Center for Device Innovation, which will open its 10th location in Shanghai later this year.

Johnson said he has not seen anything like the current demand for lab space in his 23 years in healthcare real estate.

Biomedical and life science startups often begin in garages, like any other industry, but the need for expensive equipment, better lab space and investor support pushes them into traditional space sooner. That is where co-working labs come in.

GlycosBio's Dan Monticello has a decades-long career spent in labs. Though he has a home lab, his recent endeavor into food science that treats specific dietary deficiencies demanded something more than the lab space in his garage.

"When you have investors and scrutiny, you can’t work out of your garage,” Monticello said.

For Alleviant Medical’s Alex Arevalos, needing office space is more of a practical problem. Arevalos is working on minimally invasive device to treat congestive heart failure. His wife was tired of seeing his experiments, often involving some dissected animal body part, lying around their apartment.

Both Monticello and Arevalos are residents at JLABS, a short walk from Houston's Texas Medical Center, the largest collection of medical institutions in the world. JLABS, and its sister space, Johnson & Johnson's Center for Device Innovation, were special projects designed to attract healthcare entrepreneurs like Monticello and Arevalos.

Designing a co-working lab is a difficult balance between preserving control and protecting sensitive intellectual property while fostering an environment of collaboration and collisions. 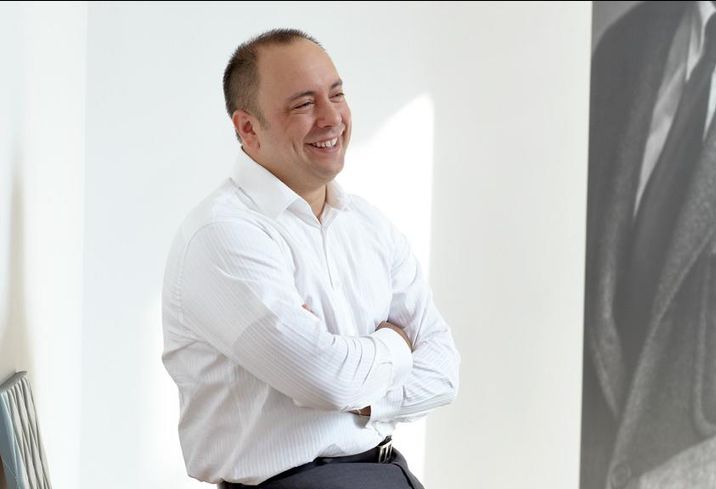 Gensler designed both JLABS and CDI.

“We understood very quickly that we were creating space for people to innovate and change lives beyond what we could imagine,” Gensler Design Director Vincent Flickinger said. Both Flickinger and his colleague Joni Calkins had designed labs before, but Johnson & Johnson’s new space presented a unique challenge.

The Health Insurance Portability and Accountability Act, or HIPAA, is not an issue in healthcare co-working spaces since they do not see patients, but privacy is still very important to most tenants.

“Since we have a medical device, we have tiers of what we’re willing to discuss based on how old a patent is. If we haven’t filed the patent, I’m not going to leave it out on my desk,” Arevalos said.

Gensler's first step to increasing privacy was closing off the conference room. In most co-working spaces, a glass-paneled conference room is often the first feature to greet you. At Johnson & Johnson’s CDI, you are greeted by a shipping container. 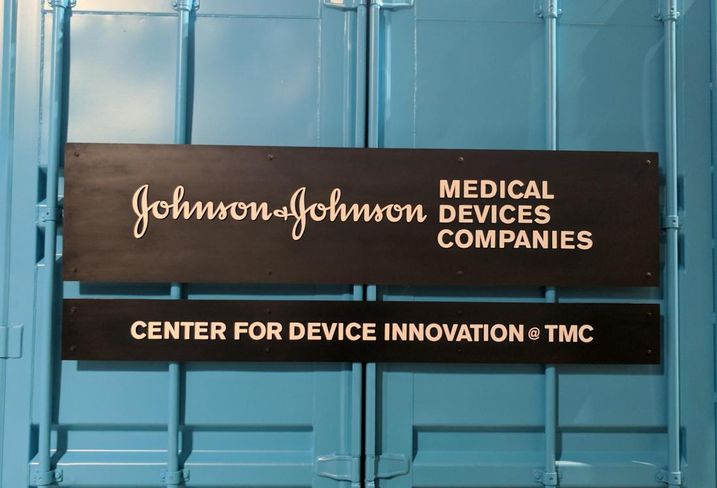 Gensler was floating ideas on how to make a private but prominent conference room while still playing into the aesthetic of a creative workspace. It eventually landed on the shipping container, which played into the space’s location with its connection to the Port of Houston.

Throughout each space Gensler tried to provide passive security. Blue tinted glass throughout makes it hard to see detail. In lounges, the wall tenants present on faces away from public space. While most co-working makerspaces are open warehouses, CDI's machine shop has partial height walls.

“We worked to accommodate visual privacy but never make anyone feel like they’re not allowed in,” Flickinger said. 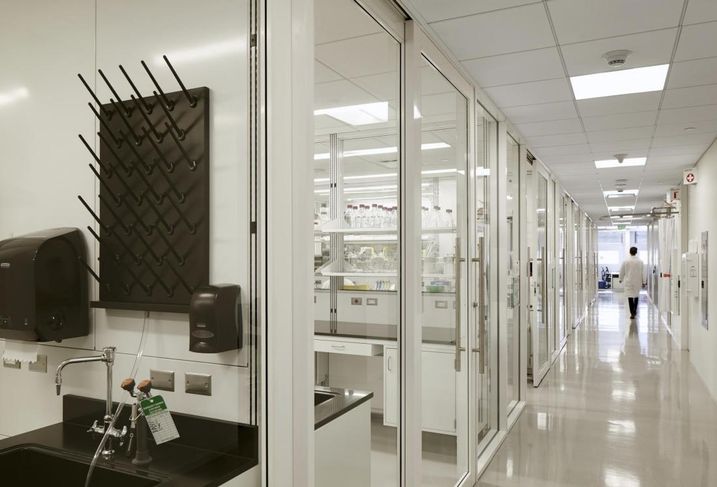 Biomedical co-working spaces cannot sacrifice the rigor and control of a scientific environment while they encourage openness. Tenants at JLABS and CDI said part of the transition into the space is learning how to work around each other while maintaining an even higher standard of compliance.

“For me, adapting to the shared space was challenging,” Courier Therapeutics' Sarah Hein said. She was used to an academic environment, where you could leave things out and have them be just that way when you picked them up the next day. “You have to get in the habit of setting up and breaking down, but once you get used to the workflow it’s not hard.”

“Even adjusting from a more professional lab, this is different. When you come here you have to be more thorough in your protection and diligence,” Arevalos said.

Arevalos comes from a world that was supposed to adhere to Occupational Safety and Health Administration standards but rarely did. Regularly he would see people without the proper protective gear, without safety glasses on, leaving coffee on lab benches and all manner of questionable actions. That does not happen in a shared space, he said.

"Academic labs can be a little fast and loose, this place is not,” Monticello said. “Here, you better have your safety glasses on, it establishes good discipline, it’s what people should learn how to do.” 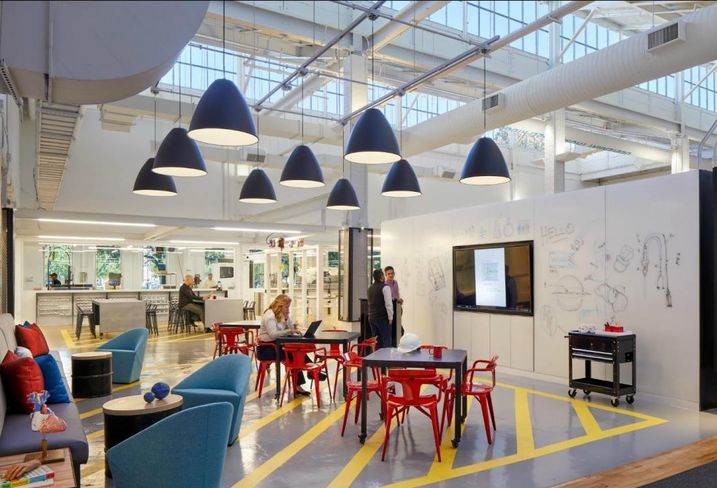 That type of discipline is not just good practice, it affects the bottom line. The increased rigor on each operation to play within the rules of the co-working space plays well with investors, Monticello said.

“These labs offer credibility more than anything. Investors know you're under constant scrutiny. Having that credibility is an important part of your value,” Monticello said.

“I had one of those collision interactions today in fact,” Arevalos said. Arevalos had been racking his brain on what piece of equipment he needed to use to move his project forward when he saw someone using a piece of lab equipment he had never seen before. He asked the fellow incubator resident about the piece of equipment. “I thought, ’Oh, that’s exactly what I need to use.”

“That’s the power of the model,” JLABS Head of Texas Tom Luby said. Labs like JLABS maintain equipment with dedicated vendors for training and repair. With an array of complicated medical equipment ranging from centrifuges and cold storage to powerful computers and microscopes, JLABS is taking the concept of plug-and-play seriously. With astronomical prices on complicated medical equipment, the ability to merely pay for access is a cost saving that many young companies cannot afford to pass up, and Luby said the real benefit is in how much time each entrepreneur saves from tracking down and maintaining equipment. 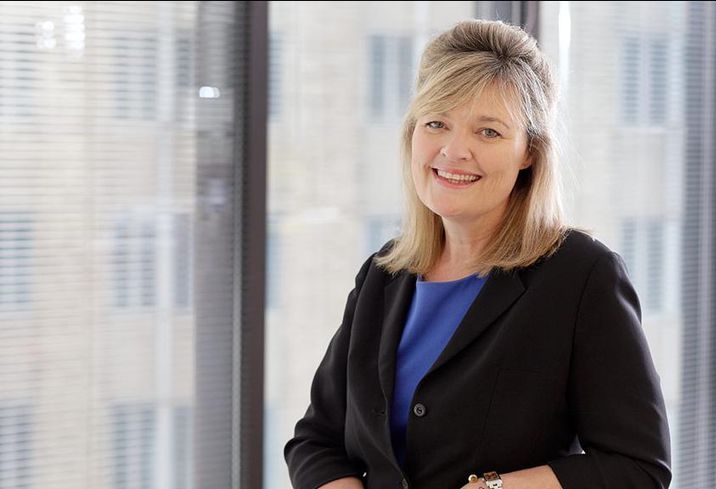 Then there is the creative office space.

“The big idea doesn’t happen when you’re at a lab bench working on it, it’s when you step away, meet with friends and get creative,” Gensler’s Calkins said. “These spaces, it’s two worlds under one roof. You need both.”

“It all allows us to do what we do best,” Hein said.

Having a significant R&D core of the healthcare industry and laboratory space drives success for a broader metro region, CBRE found.

According to Johnson, the cities that capture the most real estate will be the ones that have the most collaborative incubators. 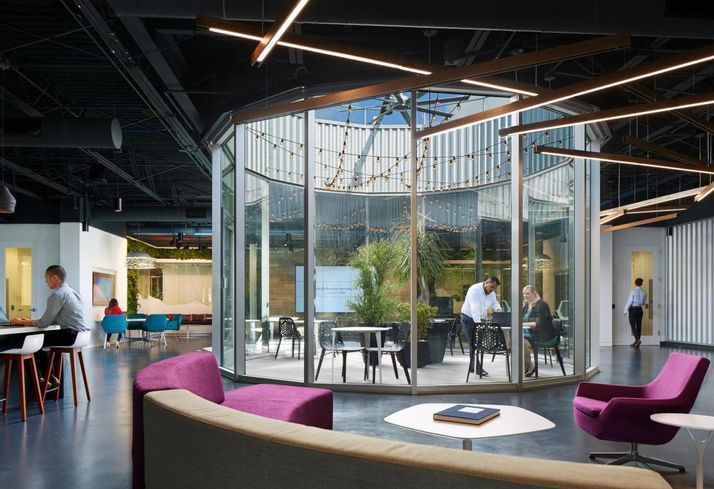 Houston is uniquely positioned to take advantage of that. While historically focused on treatment, rather than research, the Texas Medical Center is the most-visited medical destination in the world.

"It is fundamental that this workspace is so close to the hospitals and universities in the Texas Medical Center," Monticello said.

Though the market is ranked 12th in life sciences, Houston is rocketing its way up. Memorial Hermann, Houston Methodist, Greystar, Baylor, CHI St. Luke's and others have invested billions into construction around TMC. The TMC is reporting roughly $3B in construction projects underway within its boundaries. That construction is increasingly focused on co-working and incubator space as Mayor Sylvester Turner and other city officials have stated their goals to become an innovation powerhouse.

"We're seeing more action in Houston than any other market based on scale," Johnson said.

Calkins said lab space is evolving and she expects to see more mixed creative spaces being used to incubate the latest and greatest innovation in the medical space.

"We're going to see more of these type of labs, they're coming," Johnson said.

“Here [at JLABS] I can do real biohazard work while near my office. Being here is a real no-brainer. Plus my wife told me I couldn't do pig head studies in our apartment anymore,” Arevalos said.

To continue the conversation, register for Bisnow's National Healthcare South on Feb. 27.