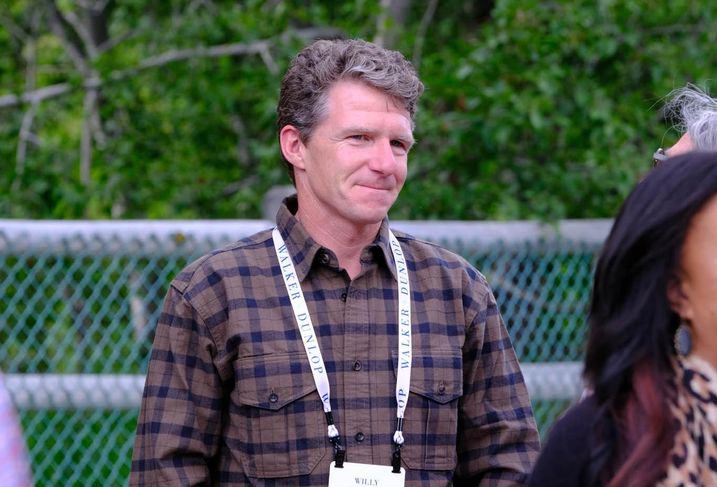 Walker & Dunlop, the largest Fannie Mae lender and one of the largest multifamily finance firms in the country, is setting concrete goals to improve the gender and racial diversity of its management team.

The Bethesda-based company has set a goal to increase the percentage of women in its top 20% earners bracket from 7% to 15% and the rate of minorities in its top earners from 4% to 15% by 2025, Walker & Dunlop CEO Willy Walker announced during Bisnow's Pathways to Inclusion in Real Estate webinar Thursday.

“We must do better,” Walker said.

Walker revealed details about the company’s makeup: 66% of its nearly 900 employees are men and 34% are women, while 68% are white and 32% are people of color. The numbers become more disparate through the managerial ladder, Walker said: 71% of management is male and 29% is female, and 90% are white.

Right now, the top 20% of the publicly traded company's employees make over $500K a year. Walker said in addition to committing to increasing the diversity of W&D's top wage earners, he is setting another inclusion goal: to have the management team be at least 35% female and 20% people of color by 2025.

Walker was joined on the webinar by Cedric Bobo, co-founder of Project Destined, a nonprofit that prepares inner-city youth for careers and futures in real estate, in part by exposing them to professional opportunities in high school and college. Project Destined has placed summer interns with Walker & Dunlop this year.

Project Destined and the Real Estate Board of New York worked together to place 100 City University of New York students in online real estate internship programs this summer. 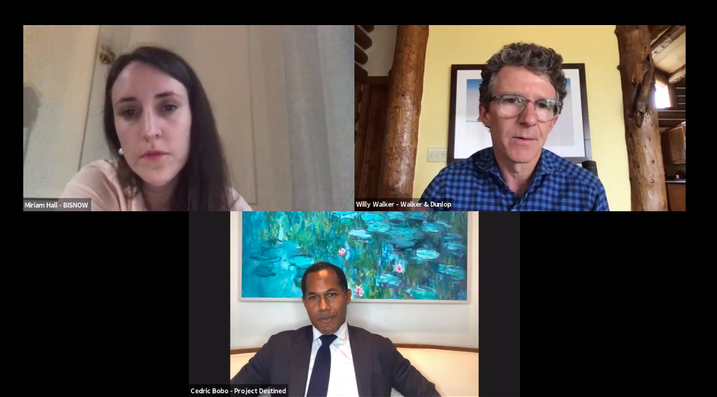 Bobo said Walker is on the right path with understanding and being transparent with the company's numbers.

“What you hear from most CEOs is the issue of, ‘I can’t always find the right talent,’ or, ‘I struggle with the issue,’ or, ‘I let my people do all the hiring,'" Bobo said. "But they struggle to put forth numbers, and I think what they struggle with is demystifying the path to being successful [at diversifying].”

Project Destined comes in and connects companies with talented young people once the goals of the company are established, and it starts in middle school.

"You’re [an] eighth-grader, you’ve gotta start thinking about quantitative skills, you gotta understand marketing and storytelling," he said. "You gotta get the early skills that are going to be required for underwriting. So I start thinking about over the supply chain of your career, like what are the skills I’ve gotta build."

By doing this, Bobo said, teenagers of color are exposed to the skills needed so that they can be successful in high-paying careers later in life.

Walker, who succeeded his father as CEO of the mortgage bank his grandfather co-founded, said W&D will start thinking about these goals daily. It plans to look at ways to diversify its training programs and unpack where exclusion may be occurring within the workplace.

"So many people sit there saying, 'We'll do better on diversity next year,' and they don't put concrete plans in place to start moving the needle," Walker said. "You can't change these issues overnight."

The conversation comes amid the backdrop of a period of sweeping social change for the industry, the country and the world: between the racial inequalities highlighted by the coronavirus and the unprecedented protests calling for racial justice after George Floyd died while in police custody, the real estate world has had to reckon with how the industry can become more equitable.

Dozens of real estate companies across the country have released statements in support of Black Lives Matter and committed to diversifying their staff and leadership.

At the height of the protests in early June, Bobo said on Bisnow's "Make Yourself at Home" podcast that the nationwide unrest made him feel like the country may be at a turning point and that proactive steps can be taken now so the system of racial inequality doesn't repeat itself.

CORRECTION, JUNE 19, 9:55 A.M. ET: Walker & Dunlop pledges to increase the percentage of women and minorities among its top earners to 15%, a 100% increase. A previous version of this story misstated these figures. This story has been updated.