You Do Not Know Great Talent When You See It 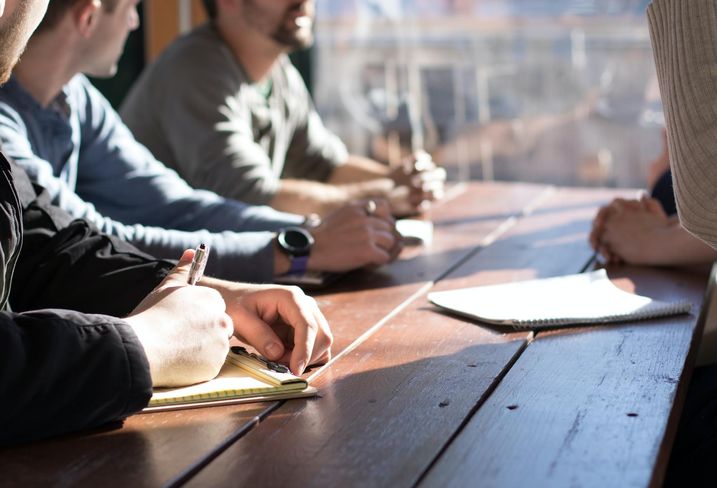 As of 2013, more than 94% of senior executives in commercial real estate companies were white.

Science has revealed all kinds of reasons for disproportionate white, male homogeny in corporate upper management. One reason: Leaders may be mistaking unconscious bias for an intuitive ability to evaluate people.

"There’s a belief among many managers — an extraordinarily outdated belief but still a shockingly common one — 'I know great talent when I see it,'" talent software company OutMatch CEO Greg Moran said. “But you don't.

"This idea that you can know great talent when you see it — it's never been true, and it’s less true today than it’s ever been."

As familiar and die-hard as this upper management adage may be, study after study confirms what draws someone to a person that seems like a great candidate or great leader may not be any sort of psychic hunch at all: As humans, we simply tend to like people who are similar to us.

Further, the less information one has about a new person they encounter (for example, in a job interview scenario), the more actual similarity tends to impact how much we like a person.

Moran said the 'I know great talent when I see it' assumption may just be the human brain falling back on primal, tribal tendencies to stay close to the people who feel familiar — or even familial.

"This is why you have so many issues with diversity in so many organizations," Moran said. "You have organizations that are never able to evolve or change their direction because of hiring that was always done by gut feel, not method."

While this hiring practice is common across the board, it is particularly pervasive in the real estate industry, where nepotism and "good ol' boys' club" hiring and management culture is entrenched.

In a recent conversation about diversity in CRE on Twitter, participants discussed its presence in brokerage: "Most brokerages don’t have recruiters," Cutler Commercial Sales and Leasing Agent Eric Ferber recently chimed in on #CREchat. "Brokers are too often hired just through relationships with the ol' boys club — country club, fraternity brothers, Sunday golf round."

According to Commercial Observer, these hiring practices are so commonplace that SVP International has dubbed it "country club recruiting."

“It’s all relationship-based," Accordia Partners Managing Partner Kirk Sykes affirmed to Commercial Observer. "People hire who they know, who they like. It’s just not a very democratic access to entry."

Once talent is in the door, these attitudes also influence who gets promoted.

In a pandemic recession, teams are shrinking and hiring may be frozen. Managers may be looking to upskill existing employees and to cultivate leadership so they can promote talent from within. But again, statistically, promotions will more likely go to employees with whom management has more of an affinity, or in whom management sees more of themselves — talent a manager can instantly recognize.

A disproportionate rate of promotions among white men may also be a product of the supply chain: Simply, there are not as many qualified minorities in CRE to promote. But it's not all about qualifications: Based on a Harvard study of African American women who earned MBAs at Harvard Business School between 1977 and 2015, 13% achieved the highest-ranking executive positions in their fields, compared to 40% of non-African American Harvard Business School alumni.

It's also not for a lack of "leaning in": A Nielsen study found that Black, Asian and Latina women were collectively more ambitious in terms of their career aspirations yet 22 times less likely to be promoted into C-suite positions than their white peers.

CRE Recruiting principal and founder Allison Weiss boils 'I know greatness when I see it' bias down to human nature. But she added that when it comes to actually ending up with the best person for the job, these instincts are often wrong — resulting in the wrong candidate landing in a job as often as half the time, which is costly and inefficient.

"As a white male-dominated industry, we need to challenge gut feeling or first impression instincts if we are ever going to make meaningful strides for diversity, inclusion, and equity," Weiss said.

Leaders shouldn’t ignore their intuition altogether, but in hiring, Weiss said, leaving one's first impressions at the door will lead to better choices role by role, while also helping to diminish the overarching influences that keep the industry so homogenous.

"We need to make sure we’re using interviews as an opportunity to gather as much information as possible about an individual's capability to do a job — not whether or not they look, or sound or act exactly like we do.

"Diversity of thought and experience is crucial to ensure we’re not actively creating echo chambers, and stifling innovation and evolution within our companies and collective industry," she said.