SURVEY: More CRE Pros Than Ever Think Trump Is Better Choice For Industry 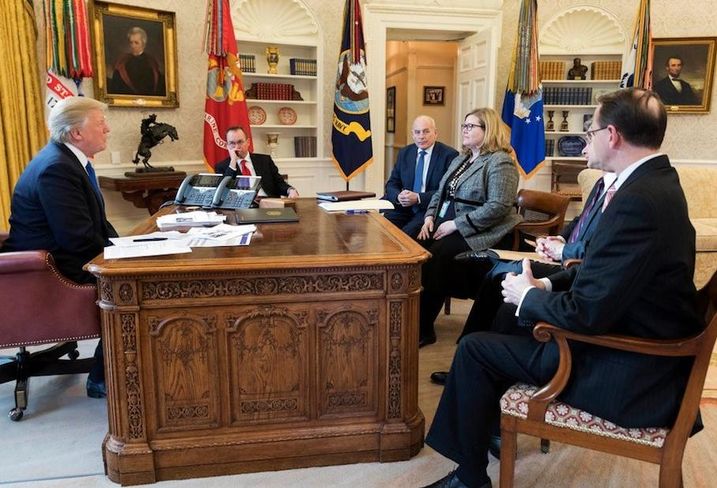 Commercial real estate professionals are worried about the economy and presidential election, and most think the industry would be better off if President Donald Trump stays in office.

Those are some of the findings of Seyfarth’s Fifth Annual Real Estate Market Sentiment Survey, which surveyed 200 commercial real estate professionals in January about their biggest concerns in the market, which candidate for president would be best for the industry, and what other trends they have their eyes on in 2020.

The majority said their biggest worry is the decade-long real estate cycle coming to an end, followed by the possibility of a recession in 2020 and the outcome of the upcoming presidential election.

Despite commercial real estate experts remaining generally happy with the state of the economy, most of those interviewed expressed concerns about the impact of a global coronavirus outbreak and interest rate uncertainty.

Sixty-two percent of respondents picked Trump as the presidential candidate who would be best for the industry. That is up dramatically from 2016, when 33% of survey respondents felt he was the best candidate for commercial real estate.

Trump solidified his support by passing the Tax Cuts and Jobs Act, a law credited for keeping commercial real estate on a prosperous tract, according to the survey.

The only Democratic candidate to register among respondents is Michael Bloomberg, whom 31% of respondents named as best for the industry. Only 4% of those who answered the survey said Joe Biden would be the most CRE-friendly candidate, followed by Amy Klobuchar, Andrew Yang and Pete Buttigieg, each of whom were named by just 1% of respondents.

The remaining Democratic candidates, including Bernie Sanders and Elizabeth Warren, failed to receive any support from those surveyed by Seyfarth.

Heading deeper into 2020, 31% of respondents reported a strong desire to either invest in or sponsor opportunity zone real estate plays this coming year.

And even though cannabis continues to fascinate the industry from a tenant-landlord perspective, professionals interviewed remain wary of marijuana as a business.

Nearly 80% of those surveyed said they refuse to work on transactions tied to the sale of marijuana, CBD or hemp.