Sparrows Point in Baltimore is the debate about globalization rendered in steel, concrete and contaminated dirt.

And it highlights the way politics around issues like the renegotiation of NAFTA and the final terms of Brexit affect real estate, in particular logistics and manufacturing. 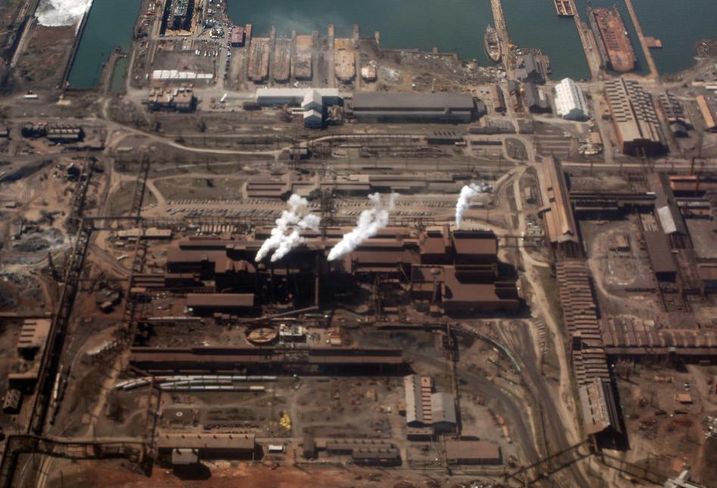 The area around Baltimore’s port was a steelmaking hub for 120 years, mostly under the ownership of the Bethlehem Steel company.

But the company went bust in 2012, unable to compete in the global market. The former steel plant is featured in Baltimore-set TV show "The Wire," where Detective Jimmy McNulty talks wistfully about how his father worked there when production was at its peak.

In 2014 the 3,100 acres of Sparrows Point was bought by a joint venture between Redwood Capital Investments and Hilco for $110M. It has since been rebranded Tradepoint Atlantic and its owners and local government want it to become a huge logistics and distribution center for goods and materials entering the U.S.

For JLL’s Walter Kemmsies, it could represent “the repurposing of real estate for the 21st century.” Kemmsies is JLL’s global trade expert, managing director, economist and chief strategist in its ports, airports and global infrastructure division.

But former industrial areas and other secondary and tertiary logistics and industrial markets will be hurt by the political move toward greater protectionism, represented by the Trump administration's assertion that at some point it might look to renegotiate the terms of NAFTA — the U.S. trade agreement allowing tariff-free movement of goods between the U.S., Canada and Mexico — or alter the trading relationship with China.

He said looking at the balance between imports and exports in a simplistic manner is a fallacy since supply chains have become so international.

Any disruption in these interlinked supply chains would have a significant impact on the flow of goods and material, hence demand and hence the need for a location of logistics units.

The same scenario is applicable to the U.K., where a “hard Brexit,” including a departure from the Customs Union with the E.U. — a union that means tariff and border-control free movement of goods — would have "a severe affect” outside of London and deep implications for supply chains and logistics. 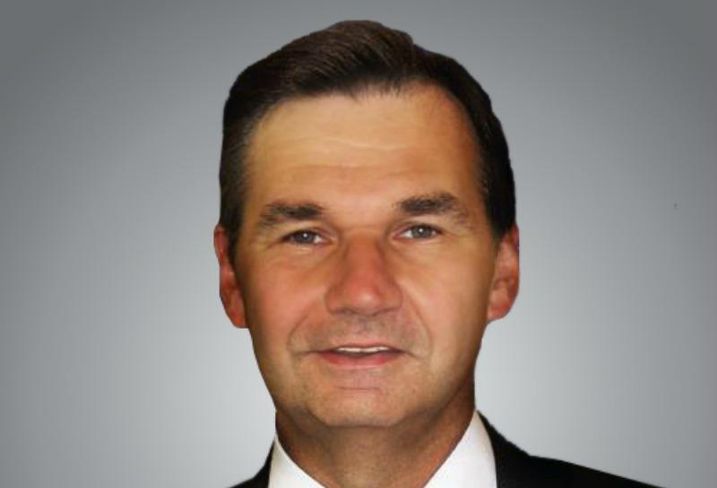 No time frame has been set for any talks on the renegotiation of NAFTA, but Kemmsies argued it is already having an effect on the U.S. logistics real estate sector.

He said any strengthening of borders between the U.S. and its neighbors would redraw the logistics map of the U.S., which has altered significantly in recent years.

“In the U.S. domestic freight flows are nine or 10 times higher than the sum of incoming and outgoing international freight flows, and U.S. infrastructure is always geared towards big consumer centres. So the need for logistics around those big consumer centres would increase,” Kemmsies said, citing markets like Dallas, Northern California and Los Angeles as particular beneficiaries.

But secondary and tertiary markets that had been experiencing positive growth in recent years would suffer.

“Those kind of markets have been big beneficiaries of international freight,” he said. “If you look at a place like Lehigh Valley, near Philadelphia, Pennsylvania, some schemes there have really been built up because of import flows through the port of New York. Some of those could be repurposed, but a lot of them will just be mothballed.”

Kemmsies’ argument is that the U.S. needs to go further along the path of globalization and reduce tariffs and borders more to improve the trading prospects of sectors in which the U.S. excels, namely upstream agriculture, high-end capital goods and petrochemicals.

“We need less tariffs, not more,” he said. “The U.S. is still the best in the world in those sectors, and needs to lower the barriers to trade in those areas to make our economy more competitive.”

Overall, Kemmsies is upbeat about the logistics sector for the U.S.

Domestically, growth is being driven by a mix of low interest rates, healthy consumer spending and strong e-commerce,” he said. “Regardless of global economic uncertainty, investment in infrastructure and corporate expansion are likely to fuel warehouse and distribution space demand.” 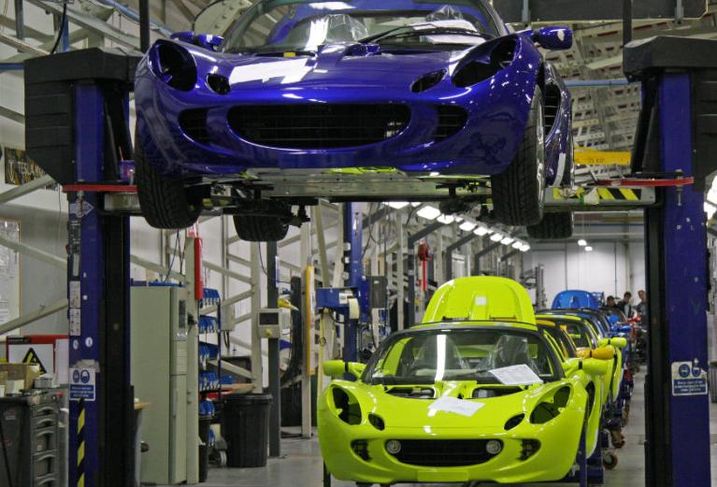 In the U.K., he said some skilled manufacturing jobs might be lost because of the complexity of running supply chains in a new scenario with tighter border controls and tariffs on goods going in and out of the country.

Although there have not been as many announced departures as in financial services — which is a far larger proportion of the U.K. economy than manufacturing — companies like Microsoft have said some products that require materials shipped to the U.K. for assembly might be assembled elsewhere.

In March, the Society of Motor Manufacturers and Traders, which represents the carmaking industry, called Brexit the biggest threat to the industry in a generation. The sector accounts for 12% of U.K. exports and is worth £72B a year to the U.K.

But some logistics experts predict the impact of technology could help mitigate some of the more dire predictions for the sector.

“I think the idea that you will see lorries backed up at the ports just isn’t true,” said Ian Worboys, chief executive of P3, the pan-European logistics owner that was acquired by GIC earlier this year.

“Companies are sophisticated enough to deal with the border changes, and can just build in more time for goods waiting at docks. The use of digital technology allows them to know where any item is at any time and that allows them to manage the supply chain very precisely.”

“There is still a shortage of land in the U.K. and rents should continue to rise.”

He said the U.K. could follow the example of Russia, where sanctions reduced imports and allowed once-defunct brands and companies to become competitive again — the resurgence Trump is looking for in the U.S.

“It is a different way of achieving it, but it could have the same effect in the U.K.,” he said.

Donald Trump’s election platform promised to make America great again, and a major plank of this was an increase in protectionism. The Brexit campaign did not make the promise as explicitly, but in many quarters the vote against the European Union was seen as a protest vote against the forces of globalization that had benefited sectors like financial services but hindered manufacturing.

With that in mind, Kemmsies’ desire to see the U.S. and U.K. double down on globalization may not be supported by the majority of residents. The impact this will have on one of the booming sectors of real estate will start to be seen soon.