Real estate companies expressed concerns over racism and diversity in the weeks after George Floyd's killing and the mass protest demonstrations, and a group of Black real estate professionals is now calling on the industry to put its money where its mouth is. 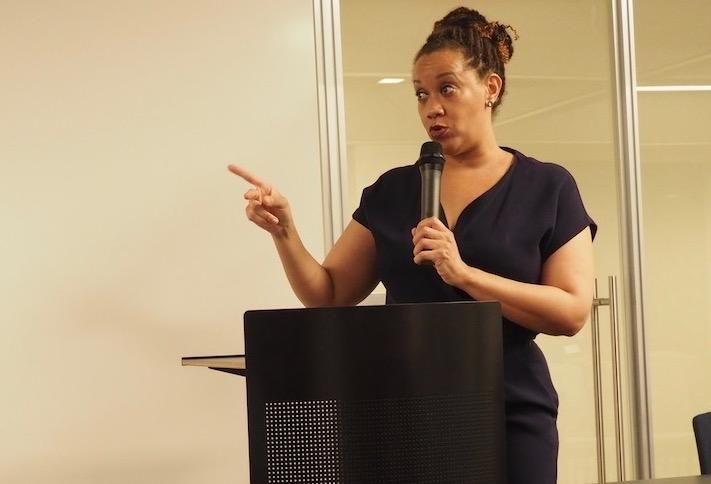 African American Real Estate Professionals D.C. President Carisa Stanley, a first vice president of commercial real estate at Amalgamated Bank, told Bisnow in early June the real estate industry needs to move away from buzzwords like "diversity" and "inclusion" and become actively anti-racist. She said in that interview her organization was preparing a platform of anti-racist policies for companies to adopt. It has now released that platform.

"What we're really trying to say is let's go beyond the rhetoric, let's create an umbrella where there's a philosophy of valuing Black people, and let's put our money where our mouths are and translate that to measurable change," Stanley said in an interview with Bisnow Wednesday. "Let's acknowledge that there are social and economic inequities, let's talk about how to counteract them, and let's put actions in place."

Companies that direct investments and loans should increase the amount of money they deploy to Black-owned businesses, AAREP said in its platform.

Banks and other lending institutions should examine their practices to determine whether there is unconscious bias against Black borrowers, the group said.

"Banking and lending is always going to be critical to access to capital, it's one of the key components," Stanley said. "They are important to the funnel of money into a community."

The platform's access to capital section also included policy proposals for local governments, which direct major capital flows. It said local governments should mandate at least 33% of their awards and contracts go to Black-owned businesses.

"The public sector both local and federal issue contracts, whether it's land disposition or contracts for small businesses, there are very lucrative opportunities for businesses to take advantage of,” Stanley said. “And that's important if you're a startup, or if you're already in business for continuing operations."

Stanley identified three of the professional development proposals that companies can implement right away: to evaluate the pay equity of Black people compared to their white counterparts, to solicit feedback from employees regarding racial inequality and to add Black people to any special committees, task forces or focus groups that do not currently have black representation.

"Inside of your organization, if there's any group or special committee that currently exists where people are fostering ideas and talking about the collective good, then you should have a black person as part of that conversation," Stanley said. "That's not a long-term metric, that's a right-now metric, and it doesn't take you five years to do that."

As companies look to hire and promote more Black employees, Stanley said they should focus on roles that control streams of revenue, rather than positions focused on diversity.

"The reason why I personally have an issue with the term 'diversity and inclusion' is because we adopted it in corporate America to say 'we're trying,' but the efforts didn't really yield anything," Stanley said. "If you have somebody in a position that doesn't have a revenue-driven piece behind it, often that person doesn't have the same amount of influence. That's what it comes down to: Does the Black person you're putting in leadership have influence? We know profit-driven lines of business always have influence."

Stanley said she often hears from white executives that they want to hire Black people but don't see diversity in the applicant pool. She said that is largely because Black people aren't in the same families or social circles as white real estate leaders, and she said they must look outside of their comfort zone and work to create a diverse pipeline of employees.

One policy AAREP proposed for that effort is to support, engage with and actively recruit talent from Historically Black Colleges and Universities.

"Those universities are a direct pipeline of talent that companies should be looking into, not only in terms of when somebody is ready to fulfill entry-level roles but also for internships," Stanley said.

The final pillar of AAREP's platform focused on the money that companies give to political and philanthropic causes.

AAREP said companies should evaluate their political donations to ensure they are supporting groups that are pushing for anti-racist changes in policing and voting, rather than those that are upholding the status quo.

The platform said real estate firms should also contribute to groups that are providing financial literacy and exposing young people to the real estate industry.

"Where a company's money goes is reflective of their values and their mission," Stanley said. "Your contributions and your philanthropic work is a way to take a stance against the things we're saying are no longer OK. You can say 'we are actively anti-racist' by funneling your contributions and your philanthropic dollars to reforms that stand for the cause."