The NSA Has 8 Spying Hubs In Major American Cities

Though the National Security Agency is now well known for its vast network of digital surveillance, a new report from The Intercept has revealed eight of its most crucial pieces of real estate. 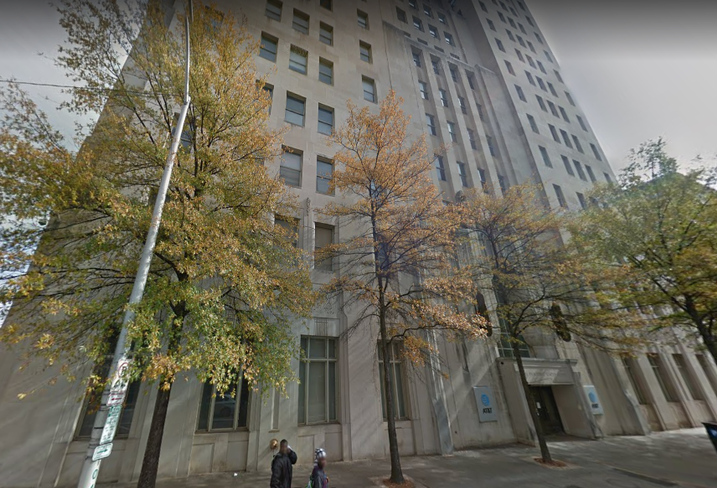 The NSA has a long and involved partnership with AT&T, one of the largest carriers of internet and telephone communications in the world, as first reported by the New York Times in 2015. Of the thousands of AT&T properties, The Intercept identified eight buildings that are used as "backbone" and/or "peering" facilities by the company and the NSA.

These facilities house and pass on troves of data, from AT&T customers and their competitors, as it passes across the country and through it from one foreign land to another. All the while, the NSA monitors the data as it passes through and accesses communication that possesses certain keywords or comes from flagged nations like Egypt, Saudi Arabia, Nigeria and other "regions of interest."

The Atlanta peering center, a 14-story building at 51 Peachtree Center Ave. NE in Downtown Atlanta, houses a "splitter" from the NSA that makes a copy of all internet traffic passing through, according to The Intercept. 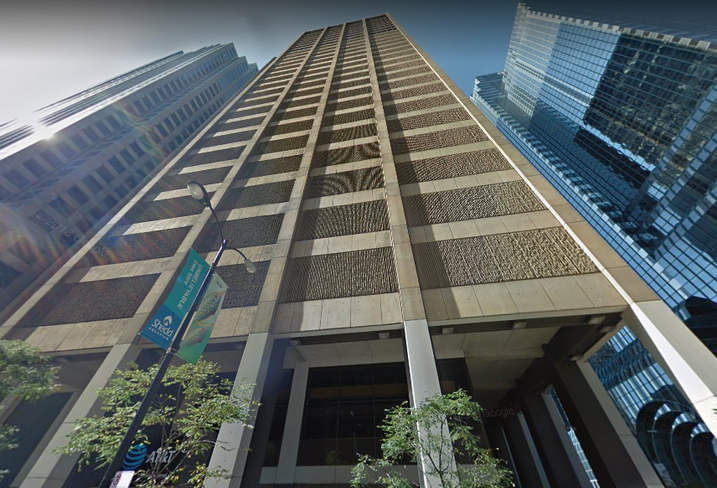 The AT&T facility in Chicago, 10 South Canal St., dwarfs its Atlanta counterpart at 28 stories and 527 feet tall. Built in 1971, it is designed to withstand a nuclear blast and is the hub of most of Chicago's telephone and internet traffic. A former AT&T technician confirmed to The Intercept that the building in the West Loop Gate neighborhood is one of the NSA's eight peering centers.

"Peering" is the common practice of one internet service provider sharing, buying or selling bandwidth with another ISP when one is overtaxed and another has some to spare. That sharing, according to The Intercept, is what allows the NSA to intercept communication across a large portion of the world's data network, not just the businesses that cooperate like AT&T.

NSA's exploitation of the peering practice is the key component of its most well-known program for capturing transmitted data, sometimes of American citizens, code-named Fairview, in which AT&T is the only private partner, The Intercept reports. NSA confirmed in April 2017 that it had been obtaining and observing some data with domestic origins and endpoints along with foreign communication, which is in violation of federal law.

The agency claimed it would only use such "upstreaming" technology in programs besides the Fairview initiative with AT&T, but its admission in 2017 that it had not ceased the practice proved that at least up until last year, these eight sites were still employed to obtain data from some U.S. citizens. 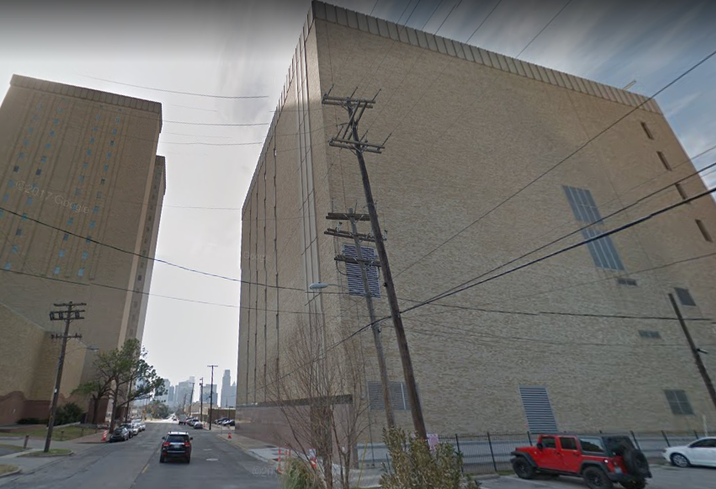 Bisnow
4211 Bryan St. in Dallas, an AT&T communications hub accessed by the NSA as of June 2018

The imposing building at 4211 Bryan St. in the Old East neighborhood, which the Dallas Observer once called "the fugliest building in Dallas," is also one of the core of buildings that make up AT&T's telephone and internet hub for the Dallas-Fort Worth area — population 7.1 million and rising — with major connections up to Oklahoma City and down to Houston. 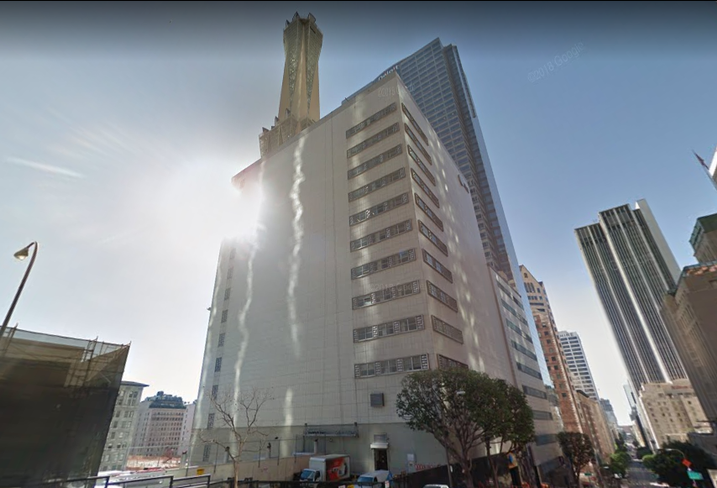 The Madsion Complex at 420 South Grand Ave. is one of the largest telecommunication hubs in the country, and when it was completed in 1961, was the tallest building in Downtown Los Angeles, according to The Intercept.

Helping the tower reach 428 feet is the microwave tower on top, used until the 1990s to relay telephone calls to satellites. Much closer than the upper atmosphere is One Wilshire, which sits two blocks away and is "the primary terminus for major fiber optic cable routes between Asia and North America," according to a 2013 Los Angeles Times report.

Due to its self-proclaimed status as the single biggest operator of internet infrastructure in the U.S., AT&T maintains peering relationships with a wide swath of domestic and foreign companies that may be unaware their users' data is being tapped.

One of those companies sharing bandwidth with AT&T is Cogent Communications, which has had disagreements with other ISPs over peering in the past. Cogent CEO Dave Schaeffer expressed doubts to The Intercept that NSA spying would extend past AT&T data to his own company's, and said that if true, he would be "extremely concerned." 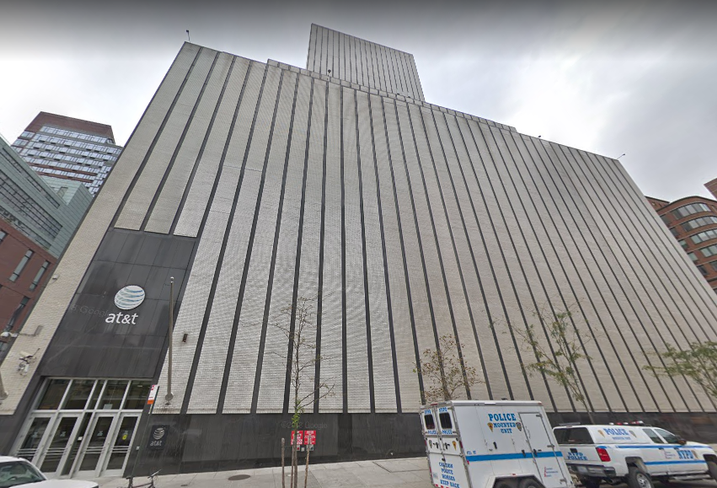 The 440-foot-tall tower at 811 10th Ave., in the Hell's Kitchen neighborhood of Manhattan, is considered so impregnable that it was reportedly the place where the Secret Service would have taken President George W. Bush had he been in New York on Sept. 11, 2001.

The entirely windowless building was built in 1965 as New York's first major telecom hub, and in the 1970s was considered the largest of its kind in the country. In 2000, AT&T converted it to process internet communications, The Intercept reports. 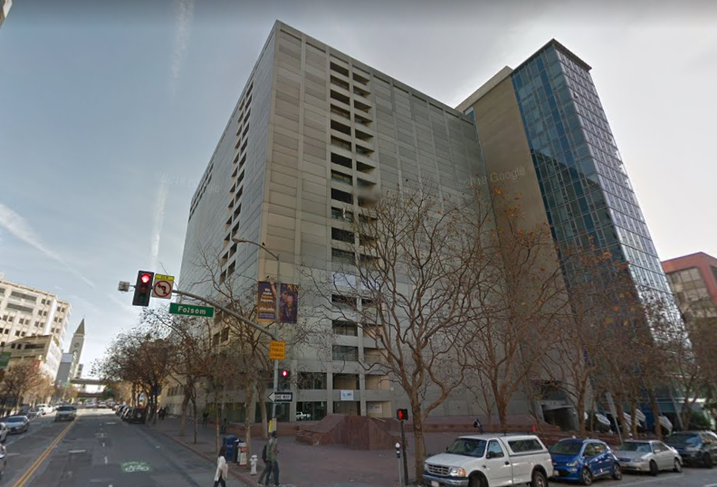 The Intercept described the nine-story building at 611 Folsom St. as San Francisco's "nerve center," a designation it earned partly due to AT&T redirecting a number of connections throughout the area to be centralized there in 2003 and 2004.

In 2007, retired AT&T engineer Mark Klein testified before Congress that he obtained unclassified documents showing the NSA had commissioned AT&T employees to install a secret room in the Folsom Street facility with splitter technology, much like at the Atlanta node, which copied all data coming into the facility to be reviewed by the NSA using keyword-flagging software.

Klein testified that AT&T included data peered from other companies in such protocols, the Washington Post reported. The combination of AT&T's partnerships with other ISPs and its cooperation with the NSA means that the agency may have the means to access most of the world's data.

"[I realized that] they're sending the entire Internet to the secret room," Klein told the Washington Post in a 2007 interview. 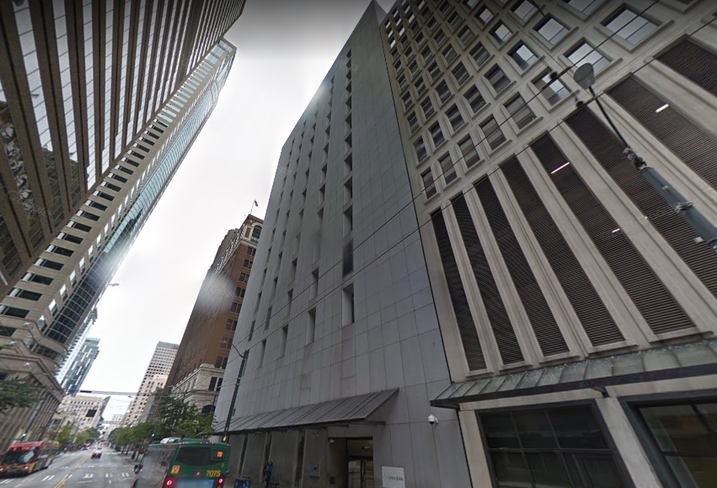 The 15-story building at 1122 Third Ave. in Downtown Seattle has more windows than most buildings on this list, but they all appear from the outside to be blacked out. The Qwest Corp., a subsidiary of CenturyLink, owns the building and leases space within it to AT&T. 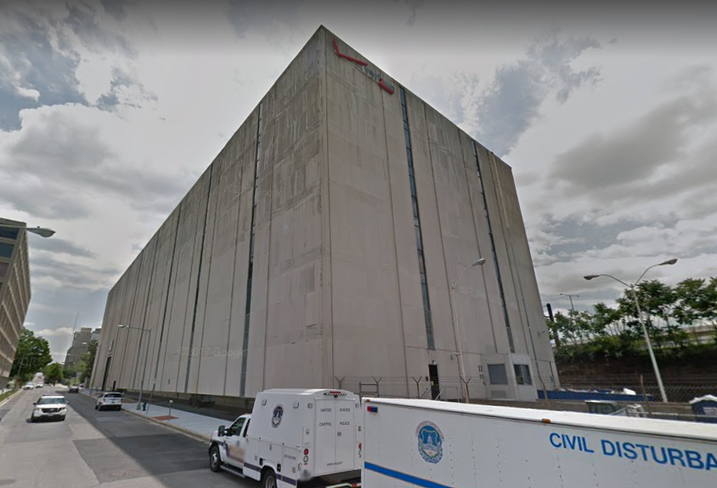 AT&T is the minority owner of 30 E St. SW in Washington, D.C., with Verizon owning the lion's share of the building and using it as its central hub of communication for the mid-Atlantic region.