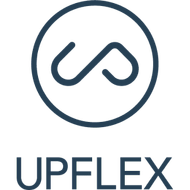 The workplace is about to look very different for thousands of U.S. employees of Schneider Electric. The French energy solutions firm, which has 135,000 employees worldwide, announced that it has chosen a flexible office strategy for its employees in the U.S. coordinated by Upflex, a marketplace for flexible office spaces.

Unlike a traditional hub-and-spoke model, the Upflex platform allows Schneider Electric to pursue a hybrid office model. Schneider can keep its current offices or establish a new flexible office space at any of 670 coworking brands. Then, a portion of Schneider Electric employees can use Upflex memberships to access coworking space and flexible offices among the 5,500 locations in Upflex’s worldwide partner network.

Colliers International sourced the partnership between Schneider Electric and Upflex. While only Schneider’s U.S. employees currently have access to Upflex spaces, Colliers is reportedly working to expand the partnership further into other global markets.

As a clearinghouse for flexible office space, Upflex gives access to dozens of different offices throughout the same city, allowing members to choose whichever location suits them. That level of choice is a large part of what inspired Schneider to choose Upflex’s platform.

“For the Schneider Electric team, this partnership will not only help our employees be more flexible and productive, but will also offer well-designed and well equipped modern office spaces to host meetings, team events, and more,” Schneider Electric Director of Real Estate and Facilities Karen McClellan said in a statement.

These sorts of nontraditional office models could become more common, thanks to demographic disruptions from the coronavirus pandemic. Around 1 in 10 young adults reports that they moved during the pandemic. For Upflex CEO Christophe Garnier, that shift in population indicates that companies will have to accommodate remote employees in the long term.

“Commercial real estate has been one of the most hard-hit industries during the pandemic as companies and its employees rethink where they’re based,” Garnier said. “Schneider Electric choosing Upflex to outfit its workplace flexibility strategy in the U.S. speaks to this growing necessity for both flexibility and convenience.”

According to Francesco De Camilli, who recently left his role as Colliers vice president of flexible workspace to start his own company, Schneider Electric's vision for the future of work is no anomaly among the brokerage's Fortune 500 occupiers.

“The office seems to be shifting from traditional fixed space downtown as the norm to having a distributed range of spaces on-demand,” he told Upflex in a recent interview. “Our occupiers are in a position where they need to figure out how to implement this more distributed workplace.”

De Camilli said that what that means in practice is that companies may have dozens of micro-offices to provide options to their employees. To unify those spaces and organize an entire workforce, companies will have to use a distributed approach to property management that relies on technology. For Schneider Electric, the Upflex platform can streamline the logistics and build a unifying culture for its distributed workforce.

Another reason to think that models like Upflex’s may grow is that traditional leasing levels took such a hit in 2020. According to data from Colliers, U.S. office absorption went from a net positive 46.5M SF in 2019 to a dramatic loss of 86.8M SF of occupied space in 2020, the biggest drop in absorption on record.

The migration to remote work has gone more smoothly than many executives thought possible. A PwC report from January found that 83% of employers said that the shift has been successful, up from 73% in June 2020.

Traditional hub-and-spoke models function as a network of dozens of satellite offices, but the growth of Upflex suggests that a remote, more decentralized model — with employees distributed across potentially thousands of flexible workspaces — may align better in the long term with employee preferences.

This article was produced in collaboration between Upflex and Studio B. Bisnow news staff was not involved in the production of this content.

Upflex
Upflex is the world's largest flex office marketplace for teams. Its global network provides access to over 5,500 workspaces in 1,600 cities across 75 countries. We help businesses reduce real estate costs while making employees happy and flexible. Co-founded by Christophe Garnier and Ginger Dhaliwal, Upflex focuses on the needs of the changing workforce and making a positive environmental impact.
Confirmed! You are subscribed to the Bisnow National E-Newsletter.
Most Read Stories
More Top Stories
Bisnow National Newsletter
Bisnow National Newsletter