Two of the country's bigger commercial builders will merge before the year is over. 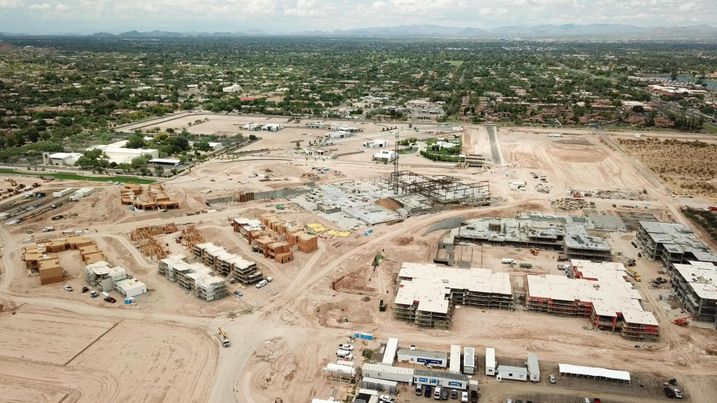 Courtesy of Layton Construction
A Ritz-Carlton under construction in Arizona's Paradise Valley is slated for a 2020 opening.

The move represents an effort by both companies to combine their respective geographic advantages. Based in New York, STO has a strong presence in the Northeast, Texas and Canada, while Layton has a strong footprint in the West based in its Salt Lake City headquarters.

Some of Layton's leadership will assume partial ownership in STO, while Layton will keep its name and logo.

STO's merger with Layton represents the latest of several recent additions to its family of companies. It merged with Canadian construction management company Govan Brown in 2017, Florida-based Ajax Building Corp. last year and Bay Area builder BCCI Construction in May.

STO's merger with Layton could be its biggest yet, creating the fourth-largest construction company in the U.S., Layton Construction said through a spokesperson. By construction revenue, STO Building Group is the 14th-largest contractor in the country, while Layton ranks 44th, according to Engineering News-Record.