Is HUD’s $6B Mixed-Income Housing Strategy To Blame For Housing Shortage?

How could $6B be wrong when it comes to addressing poverty and housing?

For some critics of a 20-year-old U.S. Housing and Urban Development policy of redeveloping public housing complexes with mixed-income neighborhoods, there were many things wrong.

Now newly minted HUD Secretary Ben Carson — facing the potential for a skimpier budget — has the option to change direction to address poverty and housing. 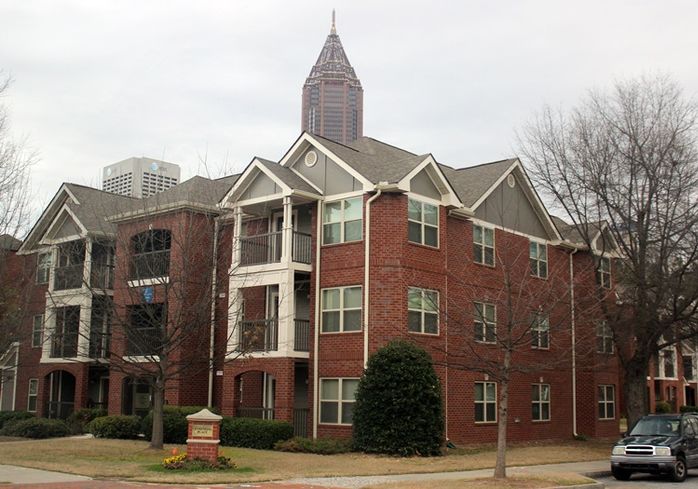 Since the 1990s, HUD has used mixed-income projects as one of its primary ways to address housing demand while breaking apart nests of poverty that collected in typical public housing projects.

From 1993 to 2010, HUD spent more than $6B on programs focused on public housing, including redevelopment.

Many experts say the program has largely been a success. But critics contend the various programs that mix families of different income levels into the same housing complexes are riddled with flaws that may have HUD's newest secretary considering alternatives to address public housing — especially in light of the Trump administration's proposal to cut the HUD budget by $6B, a 14% drop from FY 2017. The preliminary FY 2018 budget would end most federally funded community development grants and decrease support for public housing by nearly $2B. 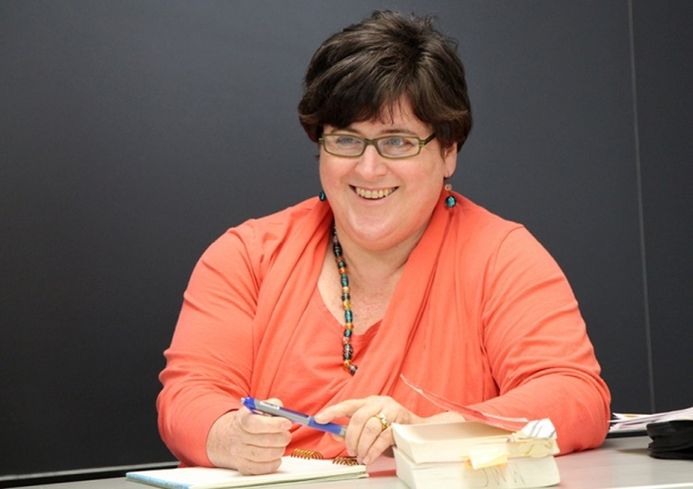 “I suspect the perspective [with Carson] is pull yourself up by your bootstraps,” said Rachel Garshick Kleit, the head of the city planning department at Ohio State University's Knowlton School of Architecture. Kleit has spent years studying the effects of HUD policies on low-income families, particularly in mixed-income projects.

Even the critics contend that, at its most basic level, the mixed-income formula has largely worked in addressing concentrated poverty. It has broken up what were often crime-ridden housing projects in many cities and created a more stable lifestyle, by and large. But there have been shortcomings. 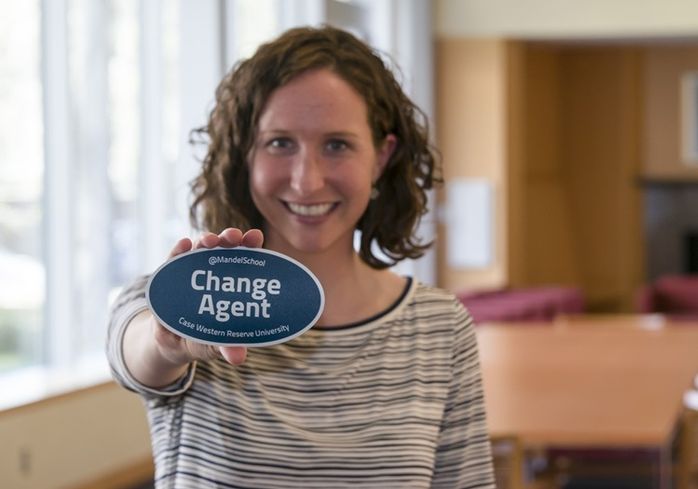 Perhaps one of its most prominent faults, critics contend, is the mixed-income strategy actually led to a loss in overall public housing stock in the United States. Early programs — especially the Hope VI program — did not require authorities to replace public housing units one-for-one in new projects. That led to some residents having to find housing elsewhere.

The National Low Income Housing Coalition estimates in a recent report that there is a need for more than 7 million affordable and low-income housing units to address the country's 11.4 million extremely low-income renter households (those with incomes less than 30% of their area median income).

Hope VI's newer replacement program — Choice Neighborhoods, established under the Obama administration — did more to address one-for-one housing units on mixed-income projects. But Kleit said the program is too new to tell its long-term effects.

Gress said another problem was, by and large, mixed-income housing was not the answer to upward mobility of low-income families. The philosophy when first tried was to help elevate poor families in public housing by placing them in mixed-income environments that could foster more opportunities to improve their lives in a more stable community.

“Without some intentional programming or services or just kind of attention to that piece, we're not seeing that happen,” Gress said. Kleit said for many public housing residents, finding better jobs or improving their economy is not an easy accomplishment — many are disabled, or mentally or physically ill.

And the differences in people's lifestyles are only exacerbated in mixed-income housing. Gress said she has seen little evidence that people with higher incomes mingle in any meaningful way with lower-income families in the same project.

Cost has also been a big issue with mixed-income programs, said Yale Law School professor Robert Ellickson. In a 2010 paper, Ellickson argued that a basic voucher program was more cost-effective for public housing residents than creating mixed-income neighborhoods. It is cheaper for municipalities and HUD to fund vouchers.

“Developers and funding governments typically spend an average of about $1.60 (although perhaps as little as $1.20) to produce $1.00 of rental value,” he wrote. “By contrast, a government may need to spend as little as $1.10 to transfer $1.00 in voucher aid to a tenant.”

“A broad program of shallow housing-voucher aid would be more sensible,” Ellickson wrote in an email. "The Obama administration discussed, and perhaps implemented, a wise approach to the problem of the concentration of voucher-using households in poor neighborhoods, namely, increasing the magnitude of voucher benefits when a voucher-user settles in a more prosperous neighborhood.” 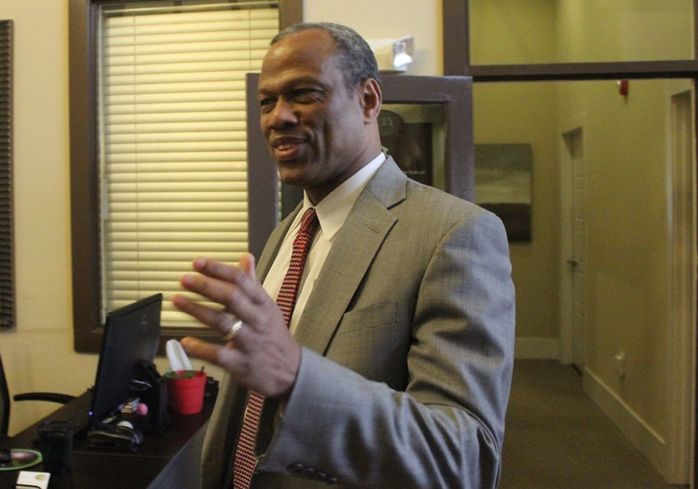 Egbert Perry, one of the original brains behind HUD's policy, said it is easy for critics to overlook the good mixed-income housing has accomplished. Perry and Renee Glover, the former head of the Atlanta Housing Authority, established the mixed-income model that HUD touted under Obama.

“We created housing in an environment that was no longer stigmatized as public housing, but in fact was great housing that had some affordability integrated into it,” Perry said. “Prior to our model, all the housing authority could do was take the money from HUD, build or renovate the housing units, and that money is gone forever.” 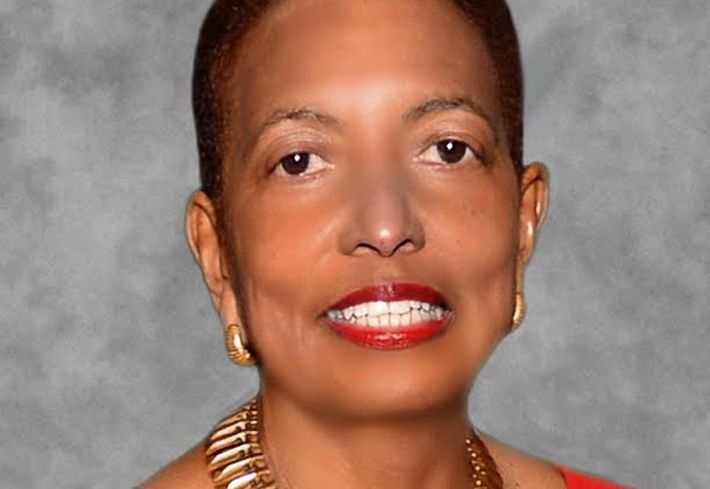 Glover and Perry, along with other partners, transformed more than a dozen public housing projects in Atlanta into mixed-income communities that still thrive today, including Centennial Place.

In 1994, with the Summer Olympics bearing down on the region two years into the future, Glover said the city and HUD officials agreed to try the Centennial Place experiment. The project would trade an eyesore with something appealing and safer, especially for visitors and Olympic athletes.

But for Glover and Perry, it was more than that. It was a way to prove their thesis that concentrating poverty into a single area just perpetuates the problem.

A JV between AHA, Perry's The Integral Group and McCormack Baron Salazar razed the blighted Techwood and Clark Howell homes and built a mixed-income development that delivered right after the 1996 Olympics, marrying 40% public housing units with market-rate and affordable housing units within the same structure. That was paired with transforming an ailing Atlanta public elementary school into a STEAM (science, technology, engineering, arts and math) charter school through eighth grade for the children living in the new complex, which led to kids staying in school, graduating and heading off to college.

The project established a new model and a new way to look at public housing: offer market-rate apartments in the affordable housing mix to create a community indistinguishable from apartment complexes in more affluent areas. That, Glover and Perry said, gives low-income families hope and a sense of community.

HUD hailed the model Centennial Place became. In 2015, then-HUD Secretary Julian Castro called the project the foundation of the department's mixed-income program, one that is repeated in cities across the country. 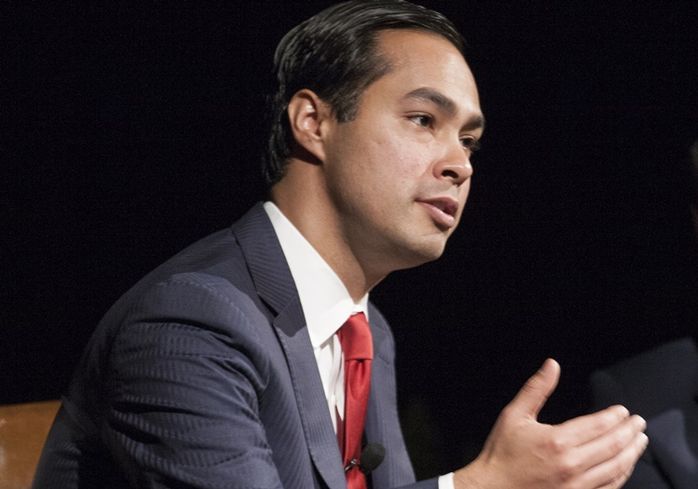 “The great thing is the work that was done at Centennial is a precursor to all of that,” Castro said at the National Center for Civil and Human Rights. “It really set the stage.”

Including social programs to help public housing residents is perhaps the best way to make the mixed-income model truly work, Gress said. There is evidence of this.

San Francisco is currently using a HopeSF program that combines state, HUD and philanthropic money to both redevelop public housing into mixed-income communities, and fund a variety of youth enrichment programs. 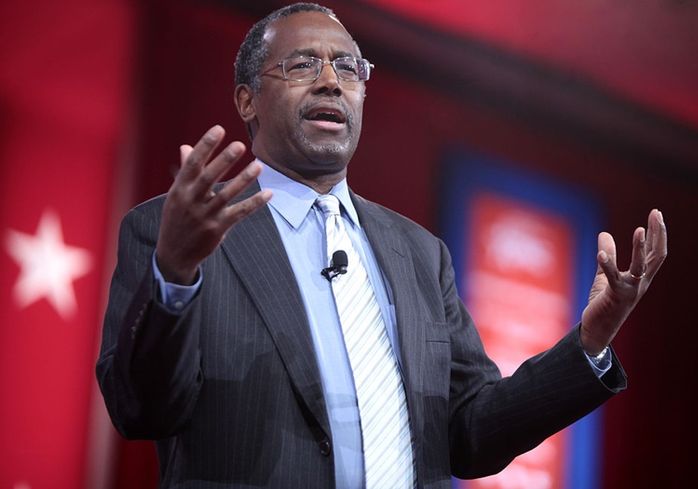 Little is known about Carson’s plans for federal housing now that he has been confirmed, but some industry veterans are concerned he will cut funding for public and fair housing, ushering in an era of less government assistance for the poor when demand for affordable housing is rising while metro areas are seeing a flood of new luxury apartments.

Many affordable housing developers are hoping to avoid a shift from the Obama administration’s push for increased mixed-income projects back to the old way of developers dumping Section 8 housing in predominantly minority-filled, low-income neighborhoods.

"The need for affordable rental housing is pretty ubiquitous,” said Andrew Jakabovics, senior director of policy development and research at the DC-based Enterprise Community Partners. Jakabovics said the number of families paying half their income on rent is at a record high: only three states in the U.S. have 20% or fewer of their households paying less than half their income on housing.

“There's an element of political reality,” Jakabovics said, adding that some of President Donald Trump's voting strongholds are areas that are facing affordable housing issues. “Some of this is in response to constituents' needs. But I also think there's a pure political piece of it.”

Sen. David Perdue (R-Ga.) — a member of the Senate committee on housing, banking and urban affairs — said the national debt alone may dictate that Carson pursue public/private housing partnerships with a mix of incomes.

“Right now, with nearly $20 trillion in debt, our country cannot afford everything it is doing. Washington has got to start learning to do more with less, and public-private partnerships could play a key role if we want to dig out of this hole we're in,” Perdue said via email. “Dr. Carson's heart for humanity is very impressive, and he will bring that commitment to this new responsibility to meet our nation's diverse housing and development needs."

Developers have other routes to develop mixed-income projects outside of HUD grants, including Fannie Mae and Freddie Mac funding. But HUD is still an important component.

“Secretary Carson is still assembling his staff of deputy secretaries, so we do not know what new initiatives HUD has planned,” Albert Milo Jr., principal at The Related Urban Development Group, a division of Related that develops affordable and public housing projects, said in an email.

Milo said he wants to give Carson "time to settle in" and hear his ideas before engaging in a full-bore discussion of housing regulatory reform.

“Doing mixed-income development has always been very, very difficult,” Jakabovics said, and could get even more difficult if the administration continues to cut HUD funding.

“I happen to believe that good policy is nonpartisan,” Glover, who also is on the board of Fannie Mae, said. “I believe Dr. Carson is a very brave man. He's done some remarkable things. I know that he wants to make a difference. I gotta believe that something that has these types of outcomes and benefits is something that should be given serious consideration by the new administration.”