How To Beat The NIMBYers: Start Early, Know Your Opponents, Control The Narrative

As cities try to spur development to create jobs and affordable housing, it might look like NIMBYers are on the defensive.

But resistance to development is as vigorous as it ever was, maybe even better organized, with the power to inflict costly delays or derail even the best-planned developments.

Dealing with NIMBY, or not-in-my-backyard, activists and other anti-development sentiment isn't a battle for developers to win, but a chronic condition to be managed. There may be no single way to successfully oppose NIMBYers, developers say, but there are useful strategies to push back — such as getting your story out early and accurately, understanding your opponents and finding allies in the community. 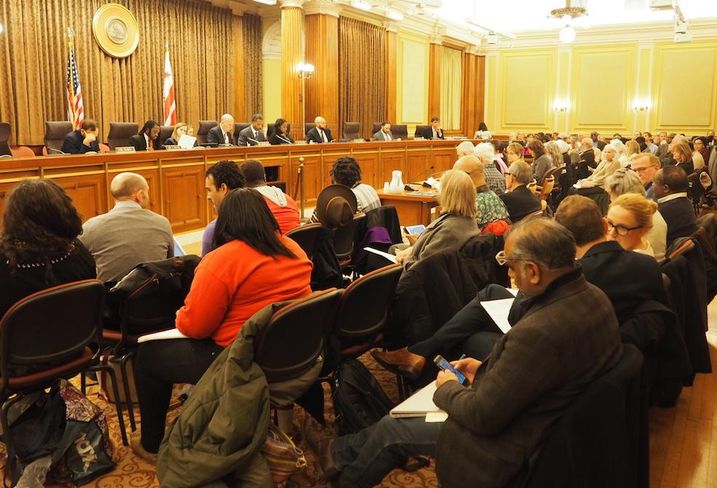 "NIMBY is more complicated than it was even 10 years ago," so it can be a tougher fight, said Frank Noto, the president of GCA Strategies, a San Francisco-based public affairs consultancy with a specialty in opposing NIMBYism. There are more moving parts and different kinds of NIMBYers with different motives.

One concern for developers is that NIMBYers are more sophisticated than before, and perfectly willing to use anti-development tools unknown to previous generations, such as litigation under the California Environmental Quality Act to stall development in that state.

"Some special interest rights groups have infiltrated communities that aren't theirs — they come in as professional organizers and sow mistrust in neighborhoods against development," said MidCity Executive Vice President Jamie Weinbaum, a D.C.-based developer. "Sowing discontent and fear has become a profession."

While opposition to affordable housing used to focus on aesthetic grounds (the ugly public housing of the 1960s and '70s) or classist arguments about the "wrong kind of people" living in the properties, newer arguments tend to emphasize that affordable housing stretches local resources. And yet the older arguments haven't completely gone away, but are merely less openly voiced.

Complicating things is a new kind of NIMBY against market-rate apartments, as a matter of anti-gentrification, while claiming to be pro-affordable housing.

Then there is the matter of animus toward developers in general. It isn't clear whether the sentiment is any worse than it ever was, but according to a recent survey by UCLA, opposition to new development increases by 20 percentage points when respondents see that a developer is likely to earn a large profit from building. That is double the increase in opposition associated with concerns about traffic congestion.

NIMBY attitudes are pervasive, groups are more well-organized, and sometimes motivated by distrust of development as a for-profit business. It can be an uphill slog to counter NIMBY, but it is arguably more necessary than ever.

The Earlier, The Better

Because local circumstances vary so widely, and no two developments are the same, developers say there is no single way to successfully oppose NIMBY or other anti-development sentiments. But whatever strategies a developer might use to shape public opinion in favor of a development, there is agreement that the earlier one begins the process, the better.

"Get out in front of it," said Evan Goldman, EYA's executive vice president of acquisition and development. "If you're reluctant to do so, that might fire up opposition even more. Being out in front builds trust with the community."

Goldman said that for a recent townhouse project in suburban Washington, D.C., EYA had two meetings with local community groups even before the company met with local planning staff, first to get the group's feedback, to see whether they were open to such a project, and second to share EYA's plans.

"We wanted to get our information out. We wanted to build a relationship early, so there would be support for the general concept, even among community members who didn't always support development," Goldman said.

Besides beginning the process early, The Beach Co. Senior Vice President Dan Doyle stresses being consistent with your message throughout. As an example, he cited a development the company did in Greenville, South Carolina, on a site that had been used for parking for a long time, adjacent to a historic neighborhood on one side and the city's downtown on the other.

The site was mostly zoned for a high-density project, so The Beach Co. worked with neighborhood leadership to come up with a plan that made them comfortable — a transition between the dense Downtown area and their single-family neighborhood.

The Beach Co. assured the neighborhood that whatever was ultimately approved was what was going to go on that site. The developer promised certainty in that regard, and followed through on it, Doyle said. The early assurances went a long way toward making the project possible.

Learn The Other Side 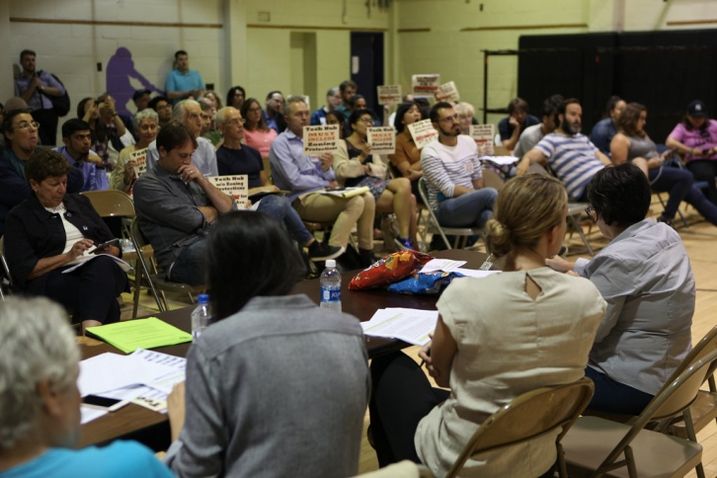 Besides engaging a community early in the game, it is also important for developers to understand the nuances of any opposition. As a catch-all phrase, NIMBY seems like a powerful force in obstructing development, but in fact resistance to development is more complicated than locals being flatly against new development in their area.

"People come out against development for a number of reasons, with some of them more open to changing their minds than others," said Noto, the GCA Strategies consultant.

Developers need to identify the root causes of the opposition, and react in different ways. Sometimes resistance forms when misinformation about a project gains ground in a community, a situation that can be reasonably straightforward to correct.

"If people think a building is going to be eight stories instead of the three it actually is, you can use mass mailing or advertising to correct the situation, if the point is easy to understand," Noto said.

Another source of potential opposition is from community or civic groups that want to be consulted in the process, but feel they haven't been. Face-to-face meetings are better at overcoming that kind of opposition, Noto said, especially as the process is beginning.

The same goes for negotiating with people whose interests might conflict with development, such as those impacted by traffic or a shadow from the building or the like. They too need to be engaged early in the planning stages, and a developer needs to be flexible enough to compromise on certain points.

As for traditional, hard-core NIMBYers — people who are against new projects for ideological reasons or simply out of fear of change — they aren't going to change their minds. It is useful to know who they are as well.

"Mainly, you have to avoid irritating them any further, so they're inspired to oppose you even further with their own outreach to residents who might be on the fence," Noto said.

Often there will be two or three naysayers in a community who will be against a development, regardless of what kind of project it is or who does it, said Aakash Thakkar, EYA's executive vice president of acquisition and development. The key is giving voice to those in the community who are open to a new project.

"What we try to do, and what we're good at, is finding folks in the neighborhood who will be allies," Thakkar said. "People who understand what you want to do, and why it's important to the community. That's tougher than finding those who oppose you, but it's definitely worth the effort."

Such allies can spread a positive message to neighbors and elected officials, and that helps germinate a more positive discussion, Thakkar said, especially during the early stages of a project.

Never talk to the opponents first, Noto said, but always go after supporters first to take advantage of the bandwagon effect. People want to be on the side of their neighbors. One of the things to do is identify supporters, and get them to take a stand in favor of a project.

Different kinds of supporters exist, Noto said. Some are direct beneficiaries, such as construction workers or real estate brokers. Others benefit indirectly, such as local chambers of commerce or downtown associations or organizations that serve disabled or lower-income people, in the case of building support for affordable housing. 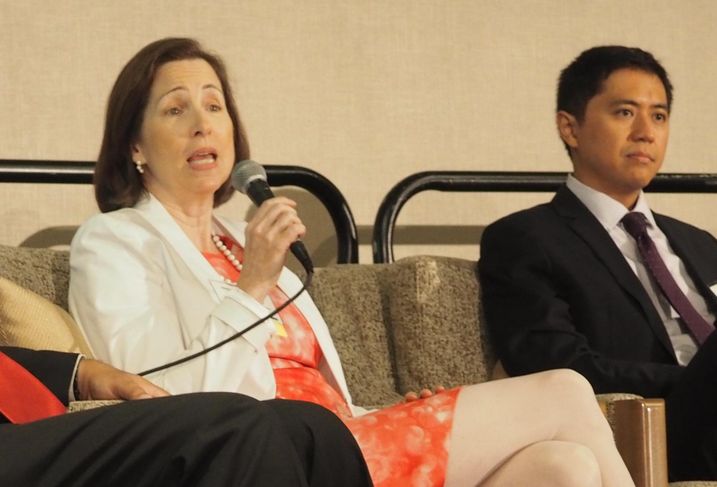 "Part of the problem is that the burden of getting the message out about affordable housing shouldn't just fall on developers," said Corianne Scally, a principal research associate in the Metropolitan Housing and Communities Policy Center at the Urban Institute.

Local governments should embrace the developers building affordable units, and local businesses that need employees should as well, Scally said. There are solid economic reasons to make the case for affordable housing beyond the narrow real estate interests making new supply.

The Arlington Partnership for Affordable Housing recently joined with American Legion Post 139 in Arlington, Virginia, to redevelop the one-and-a-half acre site of the Legion's home. The nonprofit called neighbors, knocked on their doors and met with civic associations, APAH CEO Nina Janopaul said.

"We knew that going from a C-2 zoning that allowed two stories of retail to seven stories of multifamily was going to inspire some raucous opposition," Janopaul said. "So we wanted to get ahead of the issue, and we did. You have to start telling the story almost before you do anything else."

Retail can also inspire opposition, and overcoming NIMBY for that property type can be as much of an undertaking as for affordable housing. A few years ago, The JBG Cos. (now JBG Smith) developed a mixed-use project that included an urban-format Walmart on the ground floor.

The neighborhood was skeptical of Walmart, so early in the game, JBG organized community meetings, some featuring representatives from Walmart, as well as smaller meetings with key stakeholders, MidCity's Jamie Weinbaum said (he was with JBG at the time).

"We wanted to provide as much information as possible," Weinbaum said. "The community had all kinds of questions. When is it going to be open? What is the store going to carry? What contributions will it make to the community?"

"Walmart is often contentious, and can drive a neighborhood apart. The community altered and shaped the experience, rather than simply being obstructionist. I can't take all the credit — we had a smart, active group of citizens to work with."

It's also important not to alienate supporters, which means you can't be uncommunicative.

"In development, plans change. That's where communication comes in," he said. "Say you're providing a certain amount of parking, and then you're obliged to change it. If you don't say anything, soon there will be rumors and suspicion that you're hiding something. You need to find a way to transmit the information."

Social media may or may not be a good way to do that. Not all community members have the same tech savviness or attend the same meetings.

"You need to find people where they are," Weinbaum said. "That means going to meetings, large groups or small, as much as you need to, to get the word out."

"We haven't done much with social media," Janopaul said. "We've been happier with public meetings and interacting with civic associations, and door knocking. We want people to know exactly what we are talking about, and face-to-face is still the best way."

UPDATE, DEC. 3 1:45 P.M. ET: MidCity's Jamie Weinbaum was with The JBG Cos. when he worked with WalMart on a mixed-use development. The story has been updated to reflect that fact.