The glass designs are featured in several high-profile structures, such as Apple stores. 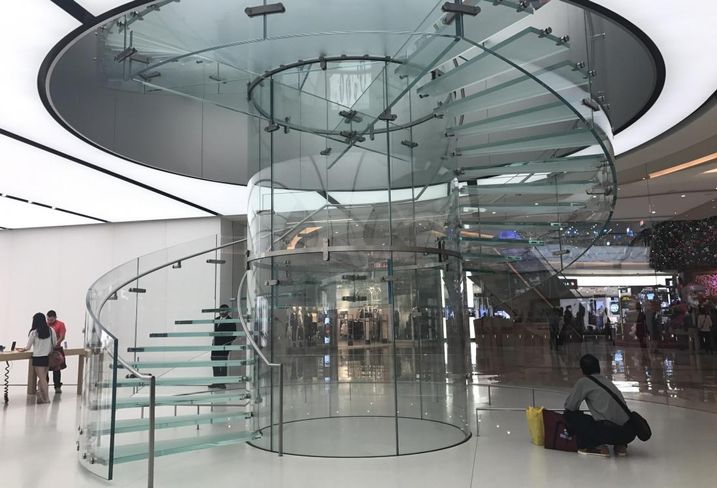 “After viewing an architectural schematic that featured a pair of elevated glass catwalks, I posted a tweet that invited male architects to navigate their own designs in a skirt,” Miranda wrote. “The post ignited a flurry of responses from women...”

and heels. which would put an end to all those slippery staircases. https://t.co/u14i8Ss37O

Now I'm imagining a skirt-clad Rafael Viñoly traversing the catwalks of the architecture school he designed for @CityCollegeNY pic.twitter.com/F6Kw9dStDo

According to Miranda, such glass features indicate that some public spaces are not designed with women in mind. She cited see-through walkways at the architecture school for the City College of New York and the Southern California Institute of Architecture in Downtown Los Angeles as examples.

Apple’s use of glass in its store design also has been criticized before for a lack of sensitivity to female visitors.

“Yes, Apple’s glass staircases again. What many female shoppers, including myself, have long seen as an example of extremely questionable judgment,” tech writer Joanne McNeil wrote in 2010. “If I were commissioning the interior of any kind of store and someone brought me blueprints including glass staircases, I’d tell him to take a hike.”

Occasionally, transparent staircases and other features in other places have been similarly criticized. In 2011, a newly opened courthouse building in Franklin County, Ohio, received negative attention from female visitors for its glass staircases, according to CNN.