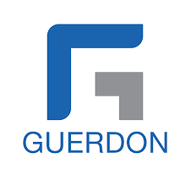 With prices rising and labor harder to source than ever, many developers are eyeing modular construction as a way to make their new construction projects pencil out. A shorter timeline and smaller crews on-site can mean lower overall development costs, putting otherwise infeasible projects back on the table.

But the switch to modular construction can be daunting for developers who are exploring prefabrication for the first time. For industry veterans who are used to a certain cadence of decision-making, modular presents a steep learning curve.

"There has to be a real shift in mentality when you're moving to modular," said Paul Dille, an executive at Guerdon, which manufactures modular units for residential and hospitality projects across the western U.S. and Canada. "The most successful projects are the ones with leaders that jump into the learning process with both feet."

As one of the first firms dedicated solely to large-scale commercial modular construction, Guerdon has been educating developers and contractors, helping them through the processes for nearly two decades.

Modular construction often fazes new developers because it is a front-loaded process, requiring more decisions at the outset. For example, during a traditional project, a developer might have 18 months or more after construction begins to choose finishes like cupboards, molding and paint.

But at Guerdon's factory, modular units roll off the line with all the finishes, from light fixtures to refrigerators and toilets, already in place and hooked up to plumbing and electrical systems. Installing those off-site eliminates weeks of on-site work, but making all those choices up front can be overwhelming for developers who have always had more time to weigh their options.

Courtesy of Guerdon
An employee in Guerdon’s Boise, Idaho, factory installs a wall on a modular unit.

Having built over 200 successful modular projects, the Guerdon team has the experience to offer proven strategies to help first-time modular developers through this and other learning curves.

While the front-loaded process may be unusual, Dille said, locking in a price per unit with a fixed-price contract from Guerdon can give developers peace of mind as construction continues. Since these modular contracts can account for 40% to 50% of the project's overall costs, a developer's overall risk of price inflation or change orders is reduced for a major portion of the budget.

Pursuing modular construction also reduces the overall project schedule. The time from excavation to occupancy could be cut by up to 40%, Dille said, and all that time savings means fewer months exposed to related site costs and unknown risks along the way.

The transition to modular can also be a learning curve for subcontractors and trade workers who have never worked with prefabricated units.

On modular construction sites, subcontractors often have a reduced amount of work to do compared to a traditional build, because a chunk of their typical scope was completed in the factory. Without understanding the process, inexperienced subcontractors will often quote far too much for a modular project when the number should actually be less. That can throw a wrench into developers' carefully calibrated budgets.

"Subs might drive their quotes way up to cover their lack of knowledge, when in reality, for modular, their prices should be lower," Dille said. "If their pricing isn't thoroughly vetted, it can eat up all the benefits the developer would have realized on a modular project."

The reduced scope of modular projects means that smaller subcontractor crews can be a part of a larger project that they otherwise wouldn't be able to work on, Dille said. It also gives larger subs the ability to take on more projects without adding more crews to their payroll.

On the most successful modular campaigns he has seen, Dille said developers have sent not just their general contractors but also their subcontractors to Guerdon's factory before quoting the project, to help them understand how modular units function and fit together.

When everyone has a solid understanding of the modular building process and the role they play in it, Dille said, budgets tend to be tighter and construction can proceed much more smoothly.

Because of the labor and timeline savings on-site, modular construction projects tend to make sense in markets where construction costs are very high. Guerdon regularly works with developers in cities like San Francisco and Los Angeles, two of the world's most expensive markets for construction. Modular is also attractive in markets with short build seasons, such as resort towns like Aspen, Colorado, which is an 800-mile drive from Guerdon's factory in Boise, Idaho.

But as prices continue to rise and labor continues to be harder to source, more developers have begun realizing the benefits of modular construction beyond pricey West Coast cities and ski towns. The current and past housing crises have made way for modular projects succeeding in markets where developers would not have otherwise considered anything but traditional construction.

Over 10 years ago, in the Canadian province of Saskatchewan, Deveraux Developments worked with the team at Guerdon to jointly design and develop almost 1,500 apartment and condominium units in and around the capital city of Regina.

At the time, the city was in the midst of a three-year housing crisis, with vacancy rates below 1% and the highest rates of homelessness in the country. Even though labor and trade work is fairly cheap around the city, Deveraux President and CEO Denis Jones decided to turn to modular construction for speed, but also in part because Guerdon's quality guarantee gave him, and the Regina building inspectors, peace of mind that the building would be immaculately constructed.

"We relied heavily on Guerdon to walk us through this process, to help us understand what could be done in the factory and what needed to be done on-site," Jones said. "The Guerdon team has done a tremendous job in helping educate us in modular."

Deveraux has now won the Regina and Region Homebuilders' Environmental Leadership Award twice for projects in collaboration with Guerdon, including the 320-unit Sterling Manor, a six-building modular development.

"The most successful developers will be the ones like Jones who embraced modular, used their first project to build their team and get educated, then replicate the success by duplicating the project over and over again," Dille said.

Given the long-term trends in development, modular construction is likely to become even more widely used even in markets where labor is relatively cheap.

"Land costs are on the rise, the labor shortage gap is widening as the construction workforce is graying, not to mention materials costs," Dille said. "The smart developers are pivoting to modular. They've accepted the fact that the traditional-build 'good ol' days' are a thing of the past and it's time to learn and employ new techniques if they want to have a future in this industry."

This feature was produced in collaboration between the Bisnow Branded Content Studio and Guerdon. Bisnow news staff was not involved in the production of this content.

Guerdon, LLC
Guerdon, LLC is the leading systems-built, off-site producer of large modular commercial & multi-family residential construction projects in the Western United States. Guerdon's industry leading team includes in-house design, engineering, estimating, licensed trades, production supervision and quality assurance specialists at every step of the process. Their climate-controlled manufacturing facility and multi-stage in plant inspections provide greater efficiency and control over a project's timeline, budget and quality. Guerdon's team can produce over 1,000 modules per year (or over 1 million square feet) and strategically lock-in production capacity to complete projects on schedule. Guerdon has the people, processes, experience as well as the capacity to produce top quality modules for the largest projects and has demonstrated that continually, having completed over 200 successful projects in our storied history.
Confirmed! You are subscribed to the Bisnow National E-Newsletter.
Most Read Stories
More Top Stories
Bisnow National Newsletter
Bisnow National Newsletter