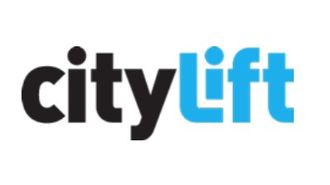 The Bay Area is known for technological innovation, and developers in this area are some of the earliest adopters of automated parking. Although countries like Germany and Japan have been using automated parking for decades, since they faced more severe space constraints post-World War II, the U.S., with its relative abundance of land suitable for garages, has lagged in adoption.

Time spent in weekly traffic in the Bay Area shot up 80% between 2010 and 2016, according to the Metropolitan Traffic Commission, meaning car ownership, and the need for parking, continues to grow. But as density grows as well, developers and city officials need creative parking solutions.

In Livermore, California, the city council weighed the benefits of installing an automated parking system against a conventional concrete garage and found the automated solution would be half the cost to build and accommodate 33% more vehicles. It would reduce the overall cost per space by 40%, from around $40K/space to $24K/space.

CityLift Parking, which designs and installs automated parking systems, had similar findings at the Idora Apartments at 5239 Claremont Ave. in Oakland, California. While a conventional garage would have provided a maximum of 15 spaces, CityLift’s three-level, 42-space system allowed the developer to increase the number of parking spaces by 180%.

“At our company, we have seen a sea change in attitude about automated parking in the past two years,” CityLift CEO Scott Gable said. “It’s considered the best, and frankly only option to solve the immediate demand for parking today.”

The Maxwell is a recently completed new apartment complex at 1801 Jefferson St. in Oakland. Bay West Development partnered with CityLift to provide a 75-space automated parking system built on three levels, one of which is subterranean. A few blocks away from the Maxwell is CityLift’s seven-level, 39-parking space Hive structure, which represents the first and only fully automated parking structure in the Bay Area.

Automated parking systems have lower operating costs and offer better protection against theft, vandalism and accidents, as it is more difficult for users to access others' vehicles. The robotics are user-friendly and eco-friendly, saving drivers the time, frustration and fuel they would expend by hunting for spaces in a traditional lot or garage. The absence of elevator bays and stairs makes automated systems more accessible, as the car is brought directly to the driver, and more easily converted to higher-revenue-generating uses should the need for parking diminish in the future.

Forward-looking developers want to ensure their parking can be repurposed. People who use ride-sharing services like Uber and Lyft to get around do not require parking. Autonomous vehicles could quickly and radically reduce the need for parking in the near future, especially if Americans opt for a public or shared-ownership model.

Traditional garages, with their low ceiling heights and angled ramps, are often unsuitable for office, retail or residential, and would need to be completely demolished for the space to be repurposed. Disassembly of automated parking systems is relatively cheap and easy, according to Gable.