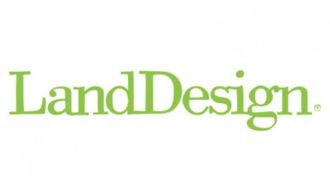 4 Ways The Art Of Placemaking Has Evolved In 4 Decades

Master-planned communities have grown more complex as developers’ ambitions, capabilities and resources continue to expand. The rising costs of infrastructure and land present challenges in how these projects are phased, implemented and positioned in the market.

The idea that a developer’s comprehensive team of landscape architects, engineers and urban planners could collaborate with local officials to create communities has been adopted and proven over the past few decades, and shown to be the most effective way to translate a vision to reality.

Successful master planning unites disparate buildings, social interactions, personal well-being and competing interests to foster a cohesive and balanced sense of place. Placemaking can ensure the success and longevity of a development, just as poor or little planning increases the likelihood of its failure.

“Centuries of urbanization mean there is no room for mediocre spaces,” LandDesign CEO and President Rhett Crocker said.

LandDesign creates places that bring people together through designs representative of those communities. As the company celebrates 40 years of community building, it took a retrospective look at the four factors that have emerged as vital to creating destinations where people want to live, work, learn and play.

The larger a project, and the more components it encompasses, the harder it is to bring together each site feature and please all stakeholders involved.

“As urban designers, it is our job to look beyond the borders of each project to identify the potential synergies that will add value to the community and reinforce stakeholder goals,” LandDesign Partner Richard Petersheim said.

For example, ground-floor retail below office and multifamily attracts apartment tenants looking for accessible shops while providing retailers with a built-in customer base. Master planning, through consideration of streetscapes, thoroughfares and other features, can maximize storefronts’ visibility and foot traffic. This type of symbiosis leads to lower vacancy rates and better retailer retention.

“Orchestrating critical components of a project site to realize a more cohesive, and, hopefully, authentic experience, will lead to the most successful mixed-use development,” Petersheim said.

The greater and more diverse the development, the more benefits accrue.

“The National Harbor in Prince George’s County, Maryland, demanded everything we had to offer,” LandDesign principal Gabriela Cañamar Clark said. “One and a half miles of waterfront seamlessly integrate with successful hospitality and entertainment services, office space, retail, restaurants and public open spaces to create a waterfront destination that is unique to the region.”

Courtesy of LandDesign
Rendering of a streetscape at The Boro

Walkability has become a primary design objective, rather than an afterthought. As transit-oriented developments grow in popularity, and more people forgo private vehicles for public transportation and ridesharing, walkable destinations are in high demand.

In Northern Virginia, the Silver Line has catalyzed a new wave of TODs that are collectively transforming Tysons, Virginia, into a world-class city with a distinct downtown experience, while spurring the next wave in evolution of the vision of Reston, Virginia. LandDesign has helped to plan and design 14 areas around the new Metro stations in Tysons and currently has nine projects associated with Silver Line stops in Reston.

“We looked to imbue each area with a distinct feel and character, while making them walkable,” LandDesign partner Stephanie Pankiewicz said. “But these TODs are more than a collection of sites. Together, they are redefining Tysons as a dynamic pedestrian-friendly destination.”

Making a mixed-use development “green” is not just about plant life. It entails using sustainable materials, construction practices and energy sources aimed at environmental stewardship, with a larger emphasis on healthier lifestyles and healthy interactions.

LandDesign created a sustainable corporate campus at LPL Financial’s HQ in Fort Mill, South Carolina. Designed to meet net-zero energy goals, the LPL Financial headquarters obtained LEED Gold Certification through design elements such as the 99% regionally native and drought-tolerant plant palette, the use of permeable pavers for hardscaped areas and a 20,000-gallon cistern that captures runoff from the parking deck.

The site is complemented by the adjacent Kingsley mixed-use development, also master planned by LandDesign.

Courtesy of LandDesign
Discovery at The Realm

Effective placemaking marries practicality with beauty in the suburbs, where land and nature are more abundant and can help a burgeoning area compete with the urban core. LandDesign’s collaborative team of landscape architects and civil engineers designed the Discovery at The Realm multifamily development as an authentic social and communal neighborhood, creating an urban experience in a Dallas, Texas, suburb.

The LandDesign team credits the success of this award-winning community to the amenities and placemaking opportunities that draw residents outdoors. The design incorporates a walkable promenade around a man-made lake that serves as a stormwater management solution and as an amenity for the community’s residents.

“Together, Discovery at The Realm and future phases of the project will create a vibrant mixed-use community for retail and living in Lewisville, Texas,” LandDesign managing principal Brian Dench said.