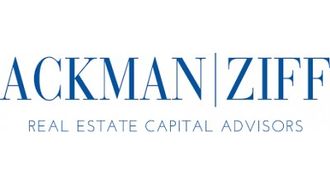 What’s In a Name?

I have attended many meetings over the years in which I have wondered whether the other person or group knew that our company was The Ackman-Ziff Real Estate Group, a preeminent capital adviser, or if they were under the wrong impression as to which Ackman or which Ziff was behind our firm.

I couldn’t be more proud of the reputation my partners—all of my colleagues—have maintained for such a long period of time through integrity, creativity and long-standing relationships. But there is, after all, an independent reputation of those two names, Ackman and Ziff, which occasionally creates confusion—and that’s where things get interesting. So when Larry Ackman and I decided to name the firm Ackman-Ziff, we went as far as seeking permission from Bill Ackman (who checked with his partners, the Ziffs) to make sure everyone was fine with name given the other Ackman and Ziff relationship.

Let’s start by dissecting the name Ackman. The Ackman family began in the real estate capital advisory business in the 1920s, and has been a leader in the industry ever since. The most recent name change to the firm Ackman-Ziff occurred five years after I joined the predecessor firm, whose original name was Ackman Brothers 20 years ago. Larry was the Ackman in the business at the time, and his son Bill worked at the firm for a short time. As everyone knows, Bill went on to become one of the great hedge fund managers and philanthropists of our time. So, the question: When you hear “Ackman-Ziff,” do you think of the financing firm or Bill Ackman? (Don’t answer that. I don’t really want to know.)

And what about Ziff? I am often asked if I’m part of the publishing family or one of the Ziff brothers, another extremely successful trio, just like their father, William Ziff Jr. (Look ‘em up on Forbes if you don’t know about them already.) After a little capital infusion from Dad, they went on to crush it by backing guys like Bill Ackman, Dan Och and others; in fact, the brothers were Bill Ackman’s first major investor, creating Gotham Partners, and are the Ziffs behind the super-successful fund, Och-Ziff.

I always get a kick out of a meeting when someone suggests their deal would be “a great one for Och-Ziff,” obviously not realizing with whom they are meeting. Oftentimes, they want to know if the brothers are my family and when I remind them that I’m part of the Ziff family hailing from Central Pennsylvania, not the Big Apple, I can see the disappointment clouding their faces as they realize they’re not actually meeting someone worth over $6B.

This may have happened again on a recent trip to LA. My colleague, Sandeep Pathak, had arranged for meeting with Richard “Dick” Ziman, the chairman of Rexford Industrial. I had looked forward to meeting Dick not just to do business, but because of his reputation for charm and incredible philanthropic activity.

Once there, Dick invited us to sit and began asking many questions about our recent financings. That’s when the sense came over me that the name confusion might be happening again, and I wasn’t the Ziff he thought I was. And that’s when the meeting took an unusual turn—for the better.

I said, “Dick, just in case you were wondering, I’m not one of the Ziff brothers from New York—I’m a hick from Central Pennsylvania.”

There was a long pause, then Dick asked me, “Where in Central Pennsylvania?”

As a nostalgic person, I always enjoy discussing my pre-New York days. It turns out that Dick was from a town less than an hour away from my hometown. We discussed Penn State football, high school, wrestling, and how kosher meats had to be shipped to both of our families growing up. Finally, I had a meeting where I went from being the “wrong” Ziff to the right one.

The moral of the story: If you want great real estate capital advisory services, or to discuss growing up in Central Pennsylvania, then you’ve found the right Ziff. If you’re expecting Bill Ackman, Dan Och or one of the Ziff brothers, you’re going to be sorely disappointed but hopefully pleasantly surprised.