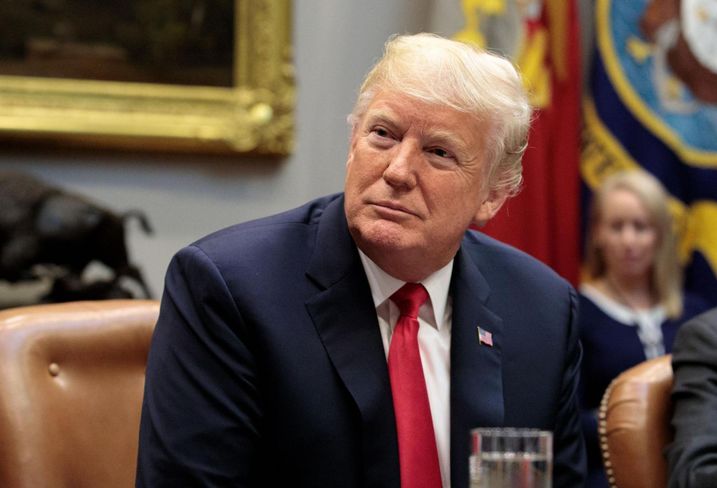 Flickr/The Epoch Times
President Donald Trump in the Roosevelt Room of the White House on Aug. 29, 2018.

The White House said in a statement that Trump had relied on the advice of business associates and friends, including billionaire real estate investor Richard LeFrak, when he issued the commutations and pardons.

Pogue, a former president and CEO of Pogue Construction, pleaded guilty to tax fraud in 2010 and was sentenced to three years of probation.

DeBartolo Jr. developed shopping malls while with the Edward J. DeBartolo Corp., a commercial real estate development company started by his father that he eventually inherited. A former owner of the San Francisco 49ers during multiple championships, DeBartolo Jr. was sentenced to two years of probation in 1998 after he pleaded guilty to failing to report a felony payment.

Safavian was sentenced to a year in prison in 2009 for lying about his association with former Washington lobbyist Jack Abramoff during the former's time with the GSA, which manages commercial real estate for the federal government. Safavian helped Abramoff acquire GSA-controlled properties and was taken on a luxury golf trip by Abramoff but made false statements about the relationship to federal officials.

Milken, known for innovating the use of junk bonds, served two years in prison for violating federal securities and tax laws in the 1990s.

More recently, Milken received attention for his ties to the federal government's opportunity zone program. Treasury Secretary Steven Mnuchin allegedly instructed the Treasury Department to go against its own guidelines in designating land that included property owned by Milken as an opportunity zone, The New York Times reported in October.

The Treasury Department issued a statement calling the Times report part of a false narrative.

Among the seven other figures granted pardons or shortened sentences by Trump on Tuesday is former Illinois Gov. Rod Blagojevich, who received a commutation after being sentenced to 14 years in prison in 2011 for selling access to a vacated Senate seat.