The Forbes 400 is out, and it's time to check on the status of the US's wealthiest names in real estate. Who are the kings of real estate? Who has lost or gained ground? Bisnow's got you covered. 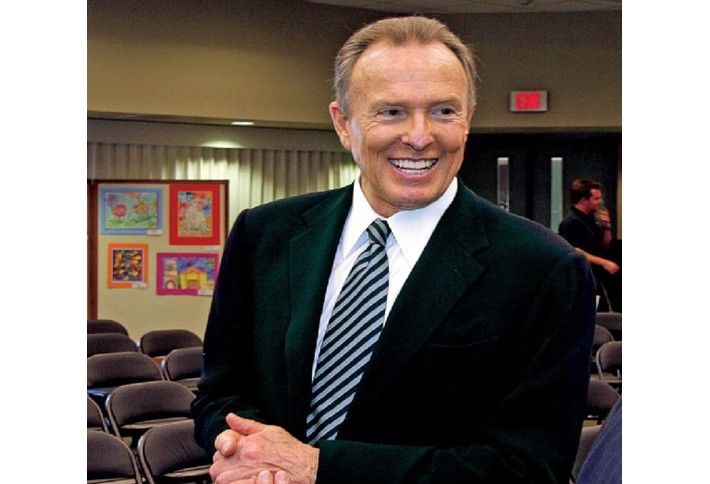 Base of Operations: Southern California

Source of Wealth: As the country's richest real estate developer, the Irvine Co chairman commands a portfolio with 110M SF all across SoCal, including 500 office buildings, 40 shopping centers, 50,000 apartments, three hotels and several golf clubs and marinas. In addition, Donald's extending his reach into Silicon Valley with a 100-acre development in Santa Clara—which includes office campuses, shops and apartments and will be completed in 2019. He also owns 97% of the MetLife Building. Quite the evolution from being the carpenter's helper on his father's buildings. Donald's firm, which he bought in 1977, has donated 55k acres of OC property for conservation and has pledged $22M through 2016 to arts, science and music education. 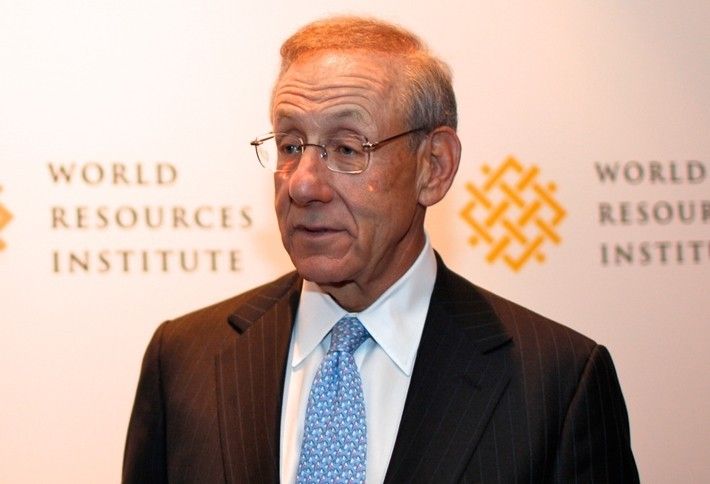 Source of Wealth: Related Chairman Ross is the developer of the $15B, 28-acre Hudson Yards neighborhood, the largest private real estate project in the US, which is expected to be completed in 2024. But Hunter's Point South in Queens (another Related development and the largest affordable housing complex in NYC since the 1970s) is quickly being filled. On the more luxury side of things, Stephen owns a fabulous Time Warner Center condo. Stephen also owns the Miami Dolphins as well as the Equinox and SoulCycle fitness center chains. 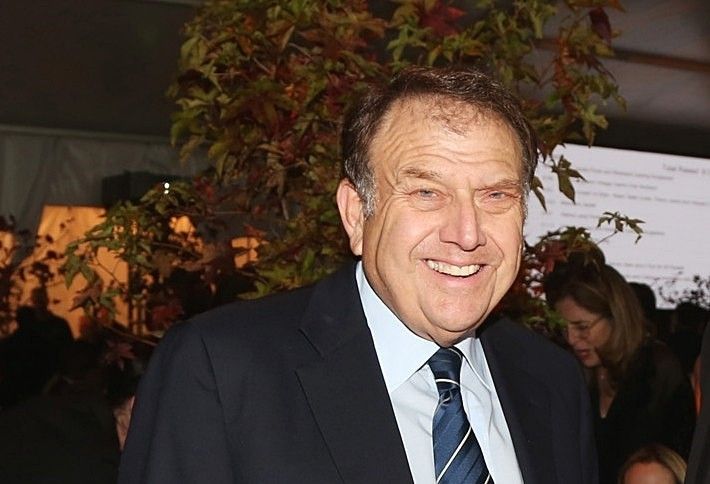 Source of Wealth: Richard partnered with Turnberry Associates to break ground on the LeFraks' largest project. Called the SoLeMia, the 183-acre site in North Miami will include 4,000 residential units and 1M SF of commercial and retail space. As part of one of NY's oldest real estate dynasties, Richard's been in the business since 1968. The LeFrak family business owns over 16M SF of commercial, residential and retail properties in Newport, NJ, as well as the 5,000-unit complex in Queens. 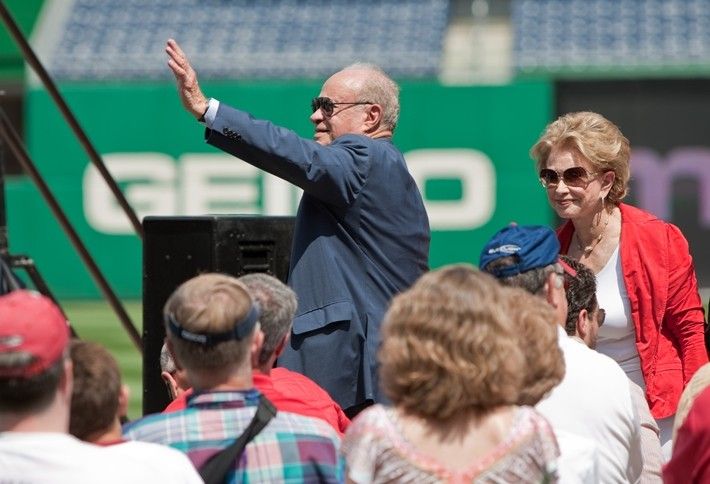 Base of Operations: Chevy Chase, MD

Source of Wealth: Ted got his start in real estate in 1952, when he took a $250 loan from his wife to start a real estate company (meanwhile, it's hard to find a table at IKEA for less than $300). Ted flipped that $250 into a formidable business, selling more than 22,000 homes for developers until he eventually decided to become a builder himself. Ted now owns 20M SF of commercial and retail space, hotels and 7,000 apartments. 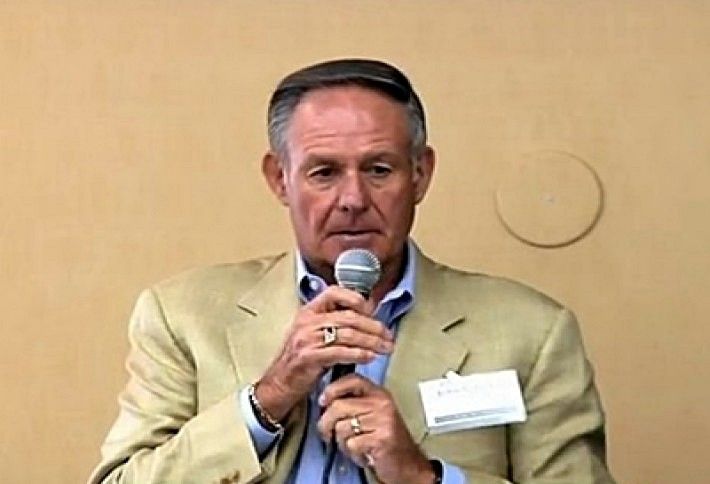 Base of Operations: Atherton, CA

Source of Wealth: John and his family's firm owns 7.5M SF of office space across Silicon Valley, providing the HQs for Apple, Yahoo and Netflix. The Sobratos also own 6,600 apartments along the West Coast. John got his start in the business after his widowed mother sold her late husband's restaurant to invest in properties in San Francisco's South Bay. John himself sold homes throughout Palo Alto while studying at Santa Clara University (which he continues to donate to), and eventually founded his own company in 1979. Now the chairman of the firm, John and his son—CEO John M. Sobrato—donate more than half their fortunes to charity. 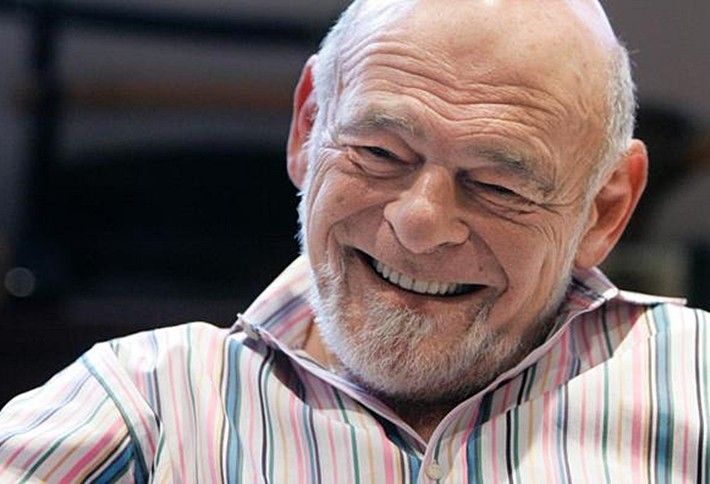 Base of Operations: Chicago

Source of Wealth: Sam Zell and his Equity Group Investments are branching out, especially after announcing they'd be buying a controlling stake in Arden Health Services, a hospital operations firm that owns 14 hospitals. The ultimate entrepreneur, Sam also listed Signature Holdings—a small cap aluminum-recycling company—on the Nasdaq. In addition to a name-change Real Industry, the company has also started producing anti-aging cream in a cosmetics unit. Real estate is the bread-and-butter, though: Sam sold Equity Office Properties Trust to Blackstone for $39B in 2007. And after buying it for $95M in 2011, Sam sold the Chicago Waldorf Astoria to a Chinese buyer for a record $113M. 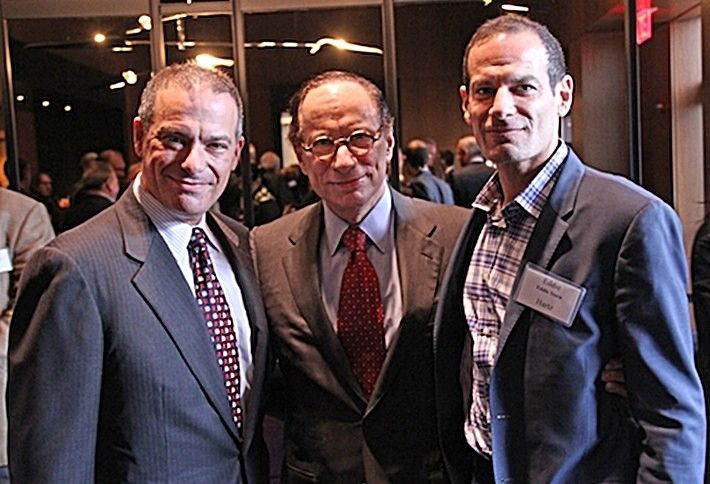 Source of Wealth: Leonard (pictured with sons Emanuel and Edward at the 2014 opening of Estuary) and his Harmon Mountain company own 37M SF of property in both NJ and NY, as well as Chicago's luxury tower One Superior Place. Pretty impressive considering he joined his family's pet products business in 1959 and used it as a platform to buy land. He sold the pet business in 2005 for $350M. As a philanthropist for Jewish causes, Leonard has helped publish a book about the history of anti-Semitism, as well as a comprehensive poll of anti-Semitism published in April 2014. After Leonard gave over $30M to his alma mater, NYU named its business school after him, rechristening it the NYU Stern School of Business. 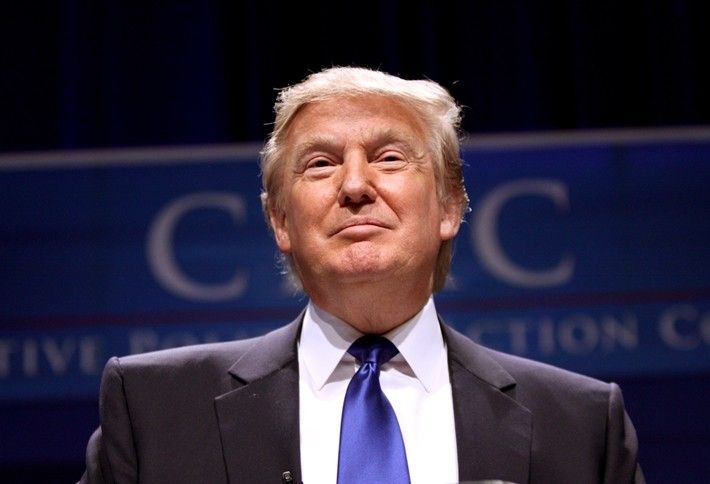 Source of Wealth: Is there anything The Donald doesn't do? The second-generation developer's a real estate mogul, presidential hopeful, reality show star, best-selling author, so on and so forth. Even though Forbes estimates his fortune in the billions, Trump apparently disagrees, claiming he's worth $4.5B—although some think he would've had even more had he stayed out of the family business. As real estate prices rise, Trump Tower, the Fifth Avenue Nike store and his 30% stake of San Francsco's 555 California Street building are reaching record high values. Not to mention building values spike once he lends his name to them, making him millions without investing a dime. The Donald's Trump Organization is working to convert DC's post office tower into a luxury hotel in the nation's capital. 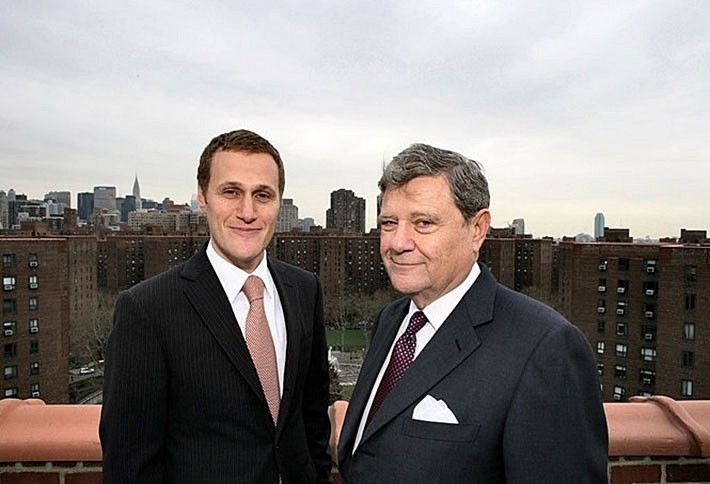 Source of Wealth: As a major property developer, Jerry (seen here with his son Rob, now CEO of the company) is known for his stake in Rockefeller Center. He and his company also owns skyscrapers throughout Europe and South America. These days, Jerry's banking hard on China with the Springs, a 66-acre mixed-use flagship complex outside of Shanghai, which already has Nike as a main office tenant. A true industry giant, Jerry's company has $73B of assets under management in equity funds. That doesn't mean he's all Midas touch, however; his $5.4B acquisition of the 80-acre Stuyvesant Town-Peter Cooper Village in 2006 became one of the biggest mortgage default in US history, though hardly enough to put a dent in the firm's total assets. Jerry is also the chairman of MoMA and the vice chairman of New York Presbyterian Hospital. 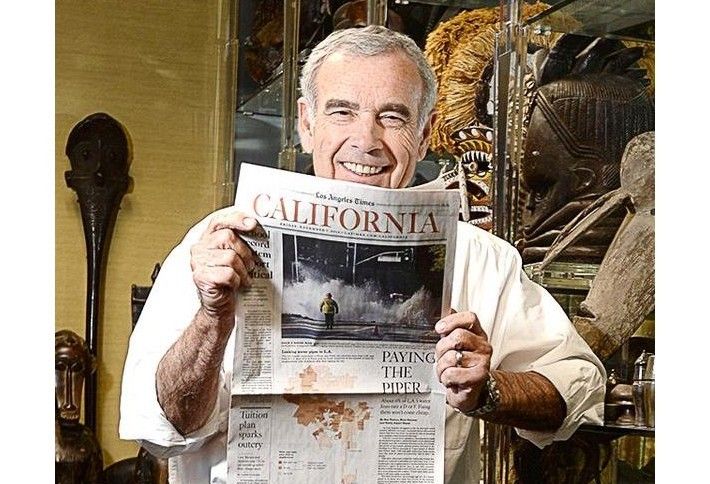 Base of Operations: Los Angeles

Source of Wealth: Edward inherited his 78M SF portfolio from his father, who launched Majestic Realty in 1948. But since he took over, Edward has placed a focus on developing industial properties in Industry, CA. He's also developing a 440-acre industrial park in Pennsylvania and was a main developer of the Staples Center. An avid sports fan, Edward owns a stake in the Los Angeles Kings and the Lakers and has been fighting tooth and nail to bring an NFL team and stadium to LA. (Though it was announced recently that he's out of the running for the project.) He's also won two Purple Hearts, cycled across Russia and Burma, has gone deep water diving and has climbed both Mt. Everest and Mt. Kilimanjaro.