A proposed bill that would allow thousands of California businesses to walk away from their lease agreements may have some changes to it on the way. 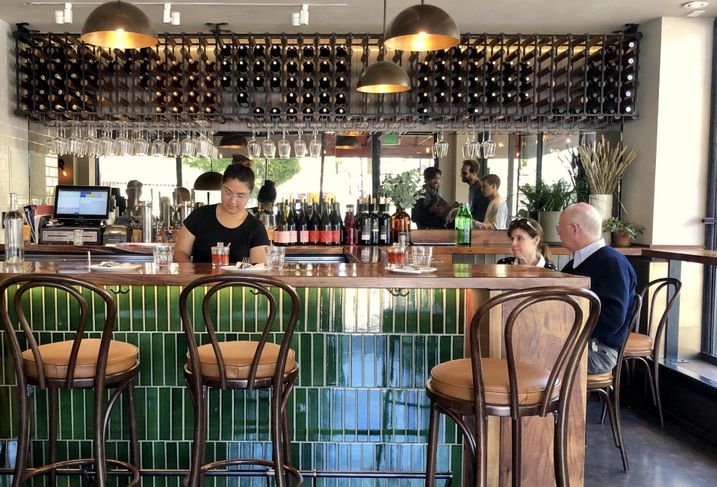 Introduced in March as a statewide commercial eviction moratorium and amended this month, Senate Bill 939 would allow hospitality tenants devastated by shelter-in-place orders a chance to terminate their leases if negotiations with landlords fall through.

State Sen. Scott Wiener, a Democrat representing San Francisco, is one of the legislation's two sponsors. He said Thursday that some of the bill's impacts will be narrowed by amendments to come in a Senate Judiciary Committee hearing Friday.

"The way it's worded now went beyond what we intended," Wiener told Bisnow. "It can be read to apply to any small business, but it's about hospitality. So we're clarifying that, that it's restaurants bars, cafés, places of entertainment."

Opponents in the commercial real estate sector are likely to remain frustrated by the proposed legislation even with amendments, but Wiener stressed that he hopes that collaboration with the industry continues.

Per SB 939, hospitality tenants meeting certain financial criteria — namely, revenue drops of 40% or more, or capacities declining by at least 25% because of social-distancing mandates — may enter into good faith negotiations with their landlord to restructure their lease, regardless of current terms.

If no agreement is reached in 30 days, the tenant may then terminate the lease, owing at most three months of past due rent to be paid within 12 months of a termination notice.

"They're putting dynamite under these relationships," Colliers International Executive Vice President Julie Taylor said. "There's no incentive by a landlord to throw a tenant to the curb, there isn't [another tenant] standing right behind necessarily."

The proposed legislation, which would be in effect until the end of 2021 or two months after the end of the emergency, depending on which is later, has immediately drawn the ire of landlords. A major sticking point has been how long it appears tenants will have the right to renegotiate or walk away, or that they have a right to do so in the first place.

"I'm not sure why the state of California thinks it needs to jump in," said Leslie Lundin, principal of LBG Real Estate Cos., a West Coast shopping center owner.

"It's like they're saying my tenants don't need to pay me rent, they can stay in occupancy and I still need to pay all of my taxes, my insurance, my utilities, my common area expenses and my mortgage," Lundin said. "Where do they think that money is going to come from, if tenants aren't paying rent?"

"So many commercial real estate people want to represent that this bill is about letting people easily walk away. People who choose particularly to go in the restaurant business ... this is their vocation, this is their life, this is who they are, and this is the expression of who they are in the businesses they built," Borden said.

"Especially in this time, when everyone is laying off and there aren't jobs and opportunities, you would never walk away from this business, your own personal business, in this economy, without a lot of thought," she said.

Critics have also said that SB 939 is rife with unintended consequences, including frayed relationships, property devaluations and ruinous distress leveled upon mom-and-pop landlords.

"These are all business-to-business contracts," California Business Properties Association Senior Vice President of Government Affairs Matthew Hargrove said. "Every lease that we're talking about is an agreement one business signed with another business, and what this bill is doing is saying none of those agreements stand in California. This has reverberations for many years down the road."

Tony Natsis, an attorney with Allen Matkins and chair of the firm's global real estate group, said that if the bill went into effect, landlords would "definitely become risk-averse to signing leases with any of the protected tenant class in the future."

"The existence of these negotiation dynamics is historically unprecedented in lease negotiations for obvious reasons," he said.

Wiener said that unreasonable landlords could lead to an "extinction event," although "there are plenty of good commercial landlords who are working with their tenants."

"We're aware, of course, that commercial real estate owners may have loan obligations and we're sensitive to that," Wiener said. "But we need to be clear that if businesses are no longer viable, because they can't pay the rent because of capacity reductions, they're not going to be paying any rent. That cash flow is going to be gone."

Much of the bill's support comes from California bars, restaurants and other eateries devastated by the state's prolonged closure. Earlier this month, Golden Gate Restaurant Association Executive Director Laurie Thomas said S.F. could lose half of its restaurants as a result of the pandemic.

"My business is down 70%, and this bill will allow me the ability to operate during a time where my capacity is severely slashed due to social distancing and the rent just no longer corresponds to my business model," she said. "We're all feeling the impact of this pandemic, and landlords need to share in this burden."