The Business Case For Hiding Your Building's Coolest Features

Not since Scooby-Doo or The Haunted Mansion at Disney World have hidden spaces been so cool.

All around the country, bars, retailers and other businesses are incorporating architectural elements that lead to concealed passageways. 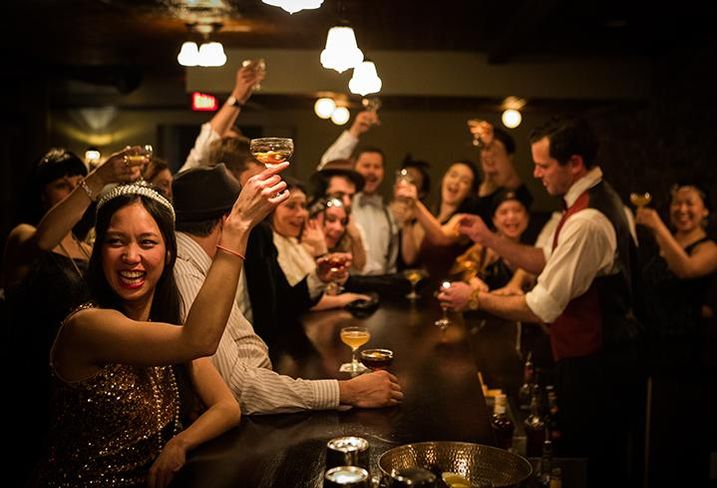 A coffee shop in Charlotte, North Carolina, has a bookshelf along the wall that, when the proper book is selected, opens a hidden door to an apparel company. An architecture and design firm in Denver uses a secret bar to test out furniture, lighting and other design elements for its clients. A San Francisco theater has created a Prohibition-era experience for its customers, including hidden passageways and rooms.

Why are these growing in popularity? One word, according to hidden bar Please Don’t Tell General Manager Jeff Bell: millennials.

A product like a secret door and a fun experience is a recipe for success in a social-media-driven world, Bell said.

“Through architecture, memberships and a lack of visible advertising, establishments [can] create a sense of mystery and exclusivity,” JLL Director of Research for the Carolinas Paul Hendershot said. “The fundamentals of any lounge or bar still apply; top-notch service and unique food [and] drink offerings will test the longevity once the initial shine wears off.”

Not Just Fun And Games

Aside from just plain old fun, in many cases, these secret spaces are a practical and at times cost-saving initiative for businesses. A shared street entrance allows for one liquor license between two businesses; a faux entrance maintains zoning regulations that do not allow opening doors into sidewalk traffic; and a test showroom allows interior designers to test out products before buying in bulk to see how clients will respond.

Creative Home Engineering in Gilbert, Arizona, is the largest manufacturer of secret doors in the world. One of the company's clients is a political organization whose members receive death threats, so they need high-security options. Another is a hospital in Mexico that ordered a secret door so a doctor could find a place to rest where he would not be disturbed. Another client, a hedge fund in New York City, had a game room it wanted to be concealed from its clients.

“They didn’t want their customers to see them goofing off, but they wanted to goof off,” Creative Home Engineering President Steven Humble said.

Humble said he has seen more commercial orders for secret doors in the last year than ever before. A year ago, he said commercial secret doors made up about 10% of sales; now, these deals account for an estimated 20%. 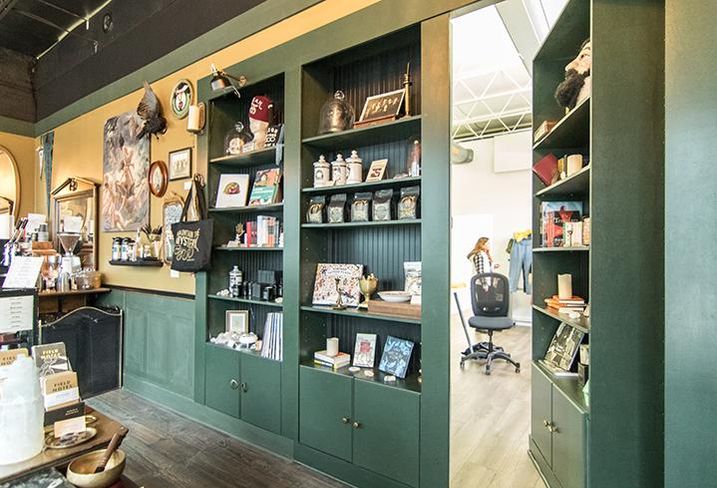 “The more people see one, the more they want to do it themselves. It’s why half of all movies seem to have a secret door,” Humble said.

Prices range from $1,500 to $200K for the highest security application; it is not uncommon for clients to spend $20K to $40K for a secret door. Humble said they can be made to be compliant with the Americans with Disabilities Act and the doors are shipped all over the world.

In addition to practical uses, the company has created secret doors for several escape rooms and speak-easies.

A product like a secret door and a fun experience is a recipe for success in a social-media-driven world, Bell said.

“They get people to want to come by,” Bell said. “With Snapchat [and] Instagram ... people like to document everything they do.”

If you like a good mystery, check out a few of the hidden doors below for yourself:

Chicago: Enter Through The Laundry 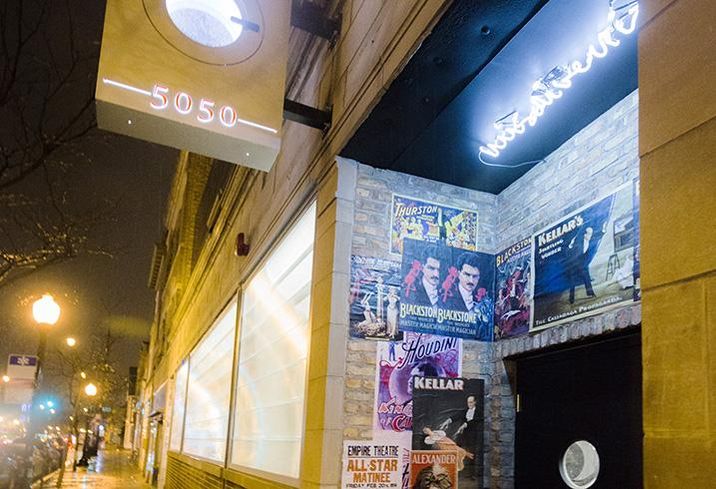 Chicago Magic Lounge’s first trick is disguising itself completely — as a laundromat.

“The coolest thing you can do is discover someplace you want to keep going to and bring your friends to,” Lounge co-owner Joey Cranford said. “It’s all about the guest experience.”

The magic lounge opened a month ago in a building constructed as a commercial laundry in the 1940s. Cranford said the building was known to be mysterious in the early days, with neighbors saying they never saw anyone enter or exit, yet the smell of fresh laundry always filled the air.

A building full of mystery seemed the perfect place to open a magic lounge, Cranford said. Because of zoning requirements for theater doors to open out and rules against doors opening directly onto a sidewalk, a vestibule needed to be created. There is no signage on the front of the building for Chicago Magic Lounge. Instead, customers are greeted with signage for a laundromat.

“No one is really doing faux facades and that’s where we were really interested,” he said. 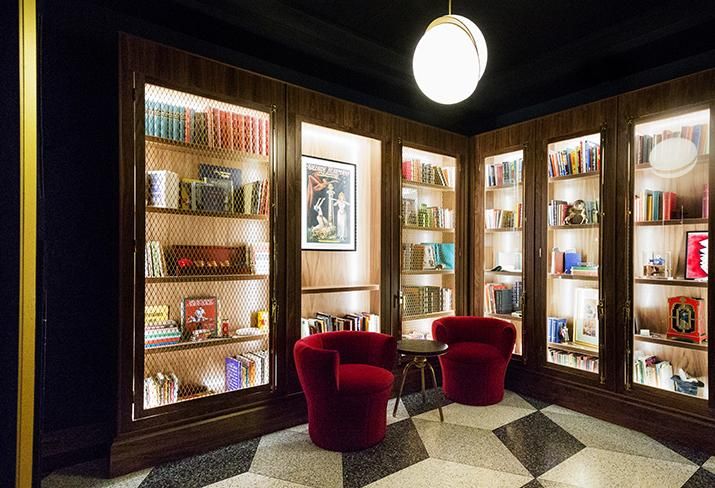 Once inside the laundromat, which includes functioning washers and dryers that Cranford said they plan to use for their own linens to keep the fresh scent circulating, there are a few ways to get inside. Ring a bell for service, push the green button on the dryer, tilt a Tide box 90 degrees or dial 5050 for help on a phone, and the laundry machines will swing open into The Magic Bar.

This is just the beginning of guests' mysterious evening, Cranford said, adding that the spirit of adventure is what makes this work. 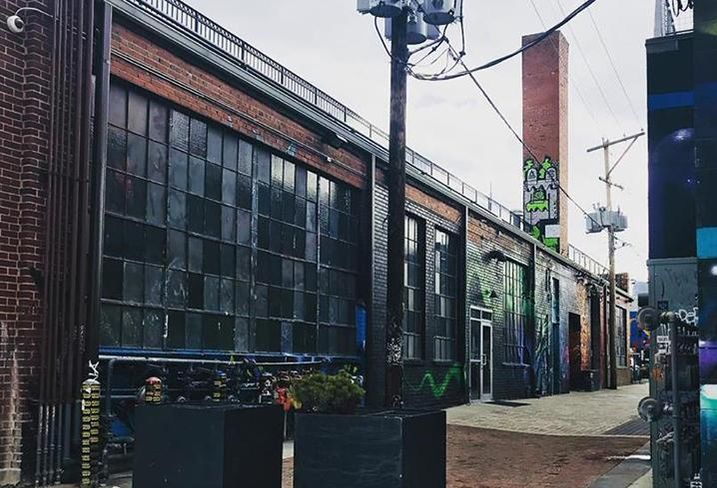 From the street, passers-by in Denver will not see greenlight LAB, hidden behind the architecture and interior design firm LIVstudio. But if patrons walk down a pedestrian alleyway and look for the green light hanging over a door with no signage, they widll find a cocktail bar with a purpose.

LIVstudio owners created greenlight LAB in November as a showroom test space for their clients. Patrons rate everything in the space, from lighting to furniture to the cocktails themselves.

Designers can see how a chair or couch wears with time, which helps them decide whether to purchase one on behalf of their clients. Customers who rate furniture get entered into a lottery to win said furniture when the designers are done with it. 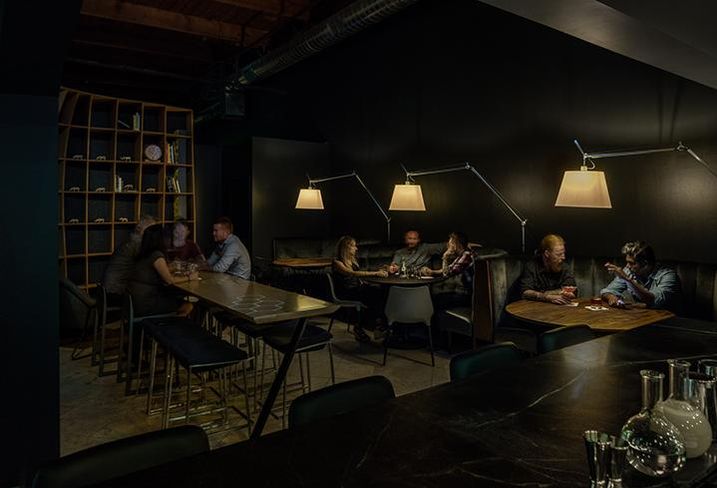 Highly rated cocktails make the permanent menu; lower-rated ones go back to the drawing board. Everything is constantly changing and rotating.

From a business perspective, Anderson said they would love for the whole city to know about it. However, their space only seats about 40 people, making it perfectly suited for an intimate crowd.

“We’ve designed it around making sure people that are here can have a conversation. That’s part of having something off the beaten path — you can duck in and hide away.”

Charlotte: 'The Worst-Kept Secret' Behind The Curtain 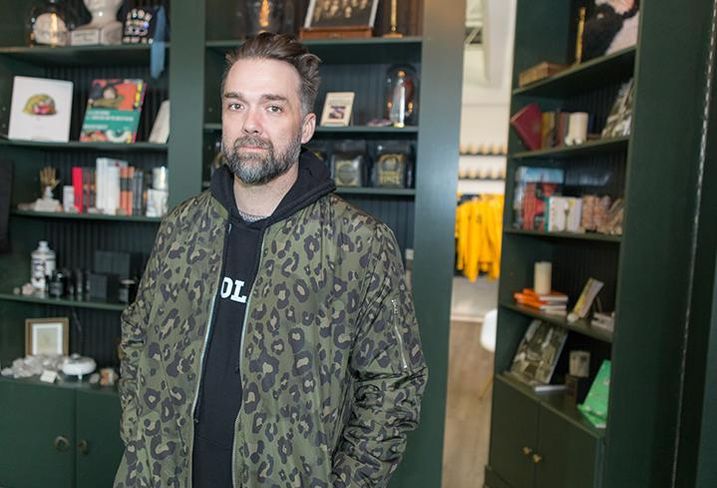 Subscreto (Latin for “in secret”) opened in Uptown Charlotte in August, offering customers eclectic items for sale in addition to coffee drinks with unique recipes and membership pins in the shape of a serpent.

Pull down a specific book on the bookshelf along the wall, however, and one will find Subscreto co-owner Caleb Clark’s other business revealed — a secret room that holds Weapon Design Firm’s clothing lines, Layered USA and Enemy to Fashion.

Clark moved Weapon’s offices uptown in January 2017 with initial plans to use the space for modern retail.

“That was kind of the trend in retail," Clark said. But he wanted to buck that trend.

The hidden door does not stay hidden for too long, however — it is the way to the restroom for the coffee shop’s patrons. “It’s like the worst-kept secret.” 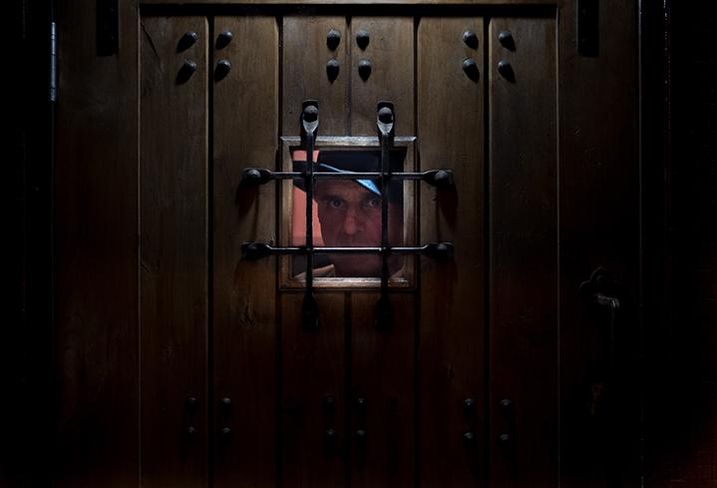 Courtesy of Peter Liu
Freddie Larson as Vinnie in The Speakeasy

When The Palace Theatre in San Francisco opened its new location in December 2016, it only made sense to create a space with disguised entrances and hidden passageways. Their show, The Speakeasy, re-creates a 1920s Prohibition-era nightclub, where alcohol was illegal without a prescription from the doctor.

Inside the theater, audiences are given free rein to roam about the 10K SF space. Visitors wander throughout the theater via the hidden passageways, where they will find actors performing in themes of the era.

“No matter where you go, you are part of the story,” Hill said. “It’s like a Choose Your Own Adventure novel.”

Patrons in the Cabaret watching a show on the stage are likely missing something happening in the casino, Hill said. Multiple visits are encouraged to enjoy everything this space has to offer, including secrets yet to be revealed.

“I don’t want to give too much away; part of the pleasure of coming to the speakeasy is experiencing for the first time what it means to time travel. It’s like seeing a movie — you don’t want to know how it ends before you see it,” Hill said. 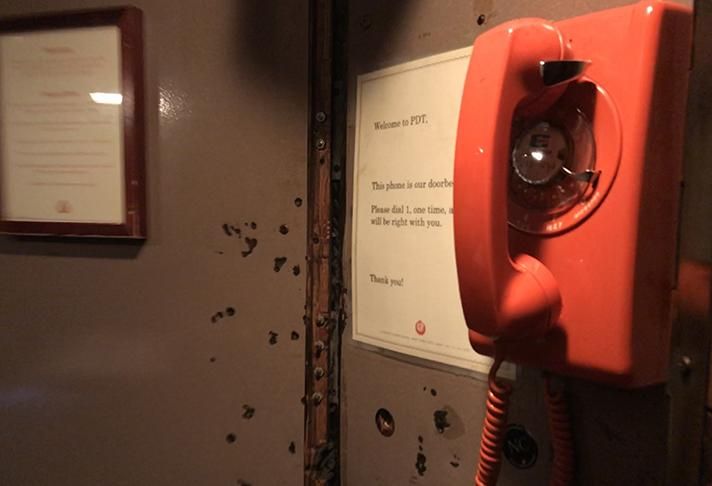 Please Don’t Tell has been a New York City favorite since 2007, when a hot dog shop owner took over the 700 SF space next door, then cut a hole in the brick wall so both venues could share a liquor license.

Customers famously access PDT through a phone booth inside of Crif Dogs, and the setup has been cited as the inspiration for some of the newer spaces around the country with secret passageways.

“The main reason we’re inspirational is we’re successful. If [PDT creators] Jim Meehan and Brian Shebairo would have come up with this concept and it flopped in a year, I don’t think anyone would be copying us,” PDT’s Bell said.

Being in a city considered a tourist favorite also contributes. “A lot of people borrow ideas or find inspiration from New York. Because we’re in New York, we’re on a bigger stage,” Bell said.

“You’re on a gritty street of New York, then you’re in an iconic hot dog stop, then you step into a phone booth and then all of a sudden you’re in a completely different space that feels nothing like next door.” 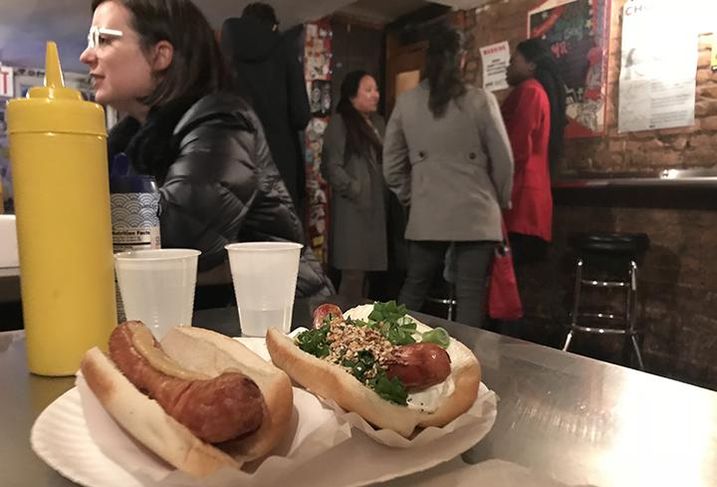 One entrance for two venues does not come without its challenges. A long line out the door for Crif Dogs may deter PDT patrons and vice versa.

“In a way you could cannibalize your own business a little bit, but the other side of that coin is you’re still busy — if one of your spaces is so full it’s messing up the other place, that means you’re doing fine,” Bell said.

The cost to cut through the brick wall was minimal, Bell said, though the return on investment has been high.

“The ROI is so valuable it would be difficult to calculate because the phone booth has also created a very memorable brand identity; hard to put a price on that,” Bell said.