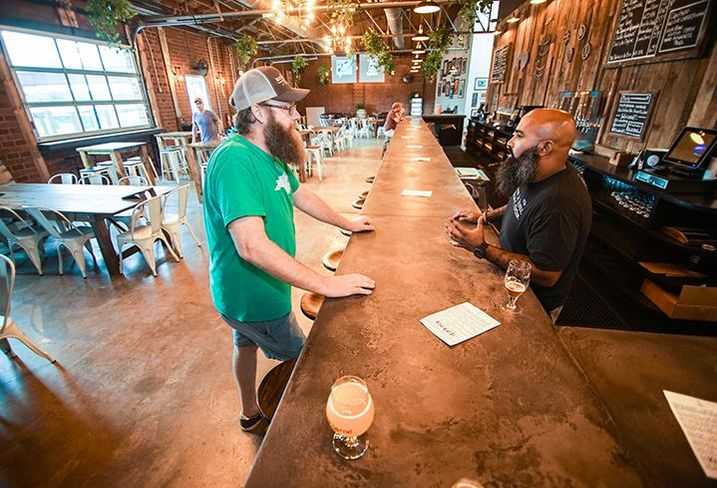 Ben Dolphens was fed up.

He had a job with a big brewery, pricing analytics and teaching beer education classes. “It was cool, but it was still the corporate environment, working for the man. It just got really old.”

His dream was to open his own brewery with two of his friends, so in June 2015 he asked them if they were ready. When they said yes, he walked away from his desk job.

This is increasingly happening in cities all over the country. 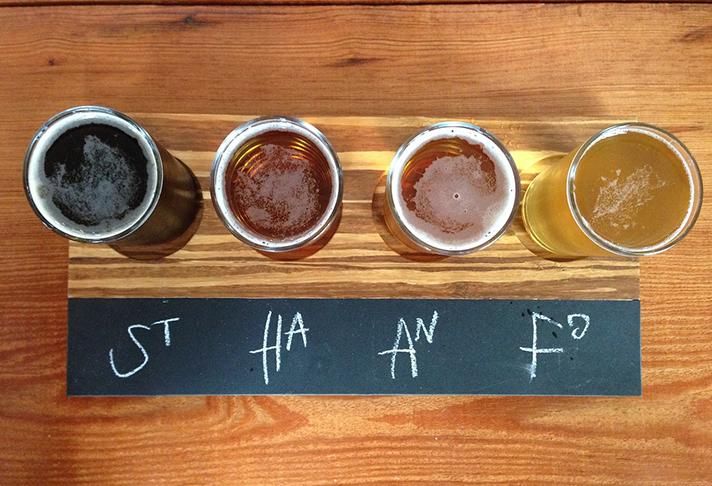 International beer day is officially Friday, Aug. 3, but in the United States it is celebrated every day. If sipping craft beers on a summer evening isn’t one of the greatest millennial pastimes of this real estate cycle, we don’t know what is.

As the craft beer industry continues to grow, it is contributing to more than just a fun place to unwind after work on a Friday evening. Local economies are feeling the buzz of craft beer not only with additional breweries, but also with retailers eager to cash in on the ripple effect. Bottle shops, growler shops and self-serve beer shops are cashing in on the trend. Craft breweries poured $68.5M into local economies across the nation in 2017, according to new JLL reports on craft brewing in commercial real estate.

Since 2004, craft beer production has increased 335%, one report said. Small, independent and traditional craft breweries across the nation produced more than 25 million barrels of beer in 2017.

California craft breweries had the biggest impact, bringing in $7.3M with beer produced in 764 breweries. In second place, Pennsylvania breweries earned $5.8M from the production of beer by 282 craft breweries.

With such a dense market, breaking into the craft brewing industry in 2018 might feel like risky business, but JLL Director of Research for the Carolinas Paul Hendershot said there is still plenty of room for growth.

“What drove the initial wave of development was an abundance of relatively cheap real estate, shift in tastes nationally and strong in-migration of millennials with disposable income to these neighborhoods,” he said. “Craft beer can no longer be considered a fad or passing fancy.”

Bursting From The Seams To The Tasting Rooms 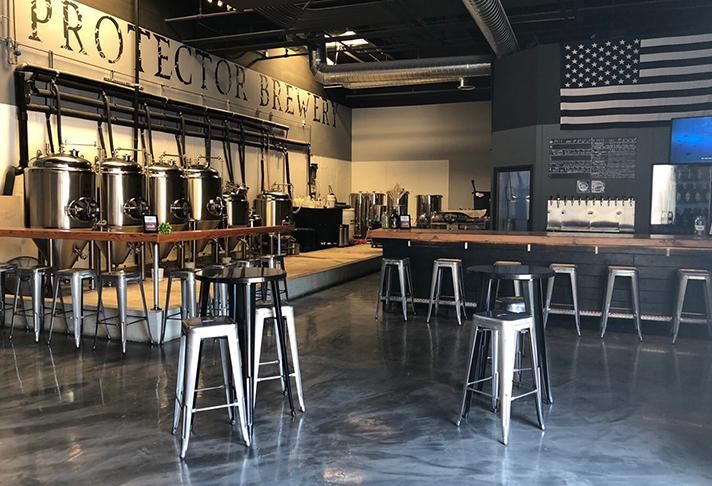 “Every city has got their spot to get a library of craft beer,” JLL Executive Vice President Damon Melda said.

He predicts breweries down the road will start dedicating a couple of thousand feet to larger tasting rooms.

“This way, they could self-distribute, sell their product, keep the middleman out. We’re seeing a lot of tasting rooms pop up in a neighborhood in areas where five or seven years ago you’d never thought there would be one,” Melda said. “With everything being re-gentrified and more residential and spread out, everyone likes to go to the local beer hall with a rollup garage door.”

In Miramar, California, Protector Brewery is in the process of opening a second tasting room in downtown San Diego.

“It’s been so advantageous for many breweries to get retail locations,” owner Sean Haggerty said.

Haggerty said Protector is the first and only certified organic beer company in San Diego. The ability to have tasting rooms spread across multiple areas will allow the company to attract more of its target consumer, one willing to pay a premium for the niche product.

Additionally, it allows for the social aspect of the craft to flourish. Protector’s first tasting room has hosted parties, including bridal showers and corporate events.

“When I think of craft beer, aside from the profit and the bottom line, it’s a community-based industry,” Haggerty said. 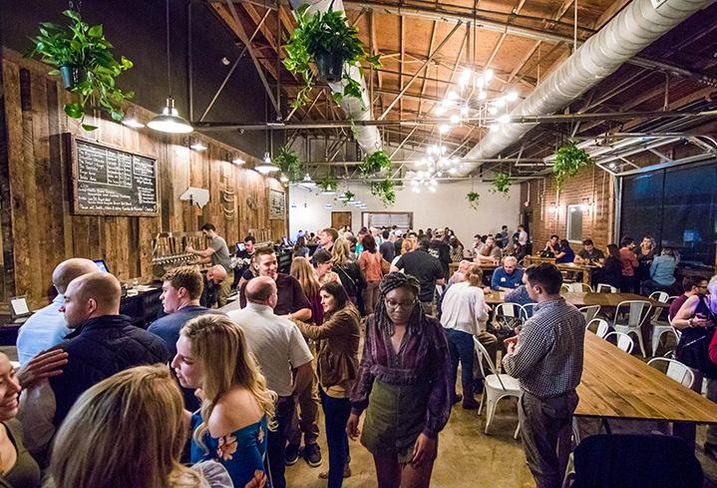 Across the country, every dollar spent by a brewery has indirect and induced impacts, Hendershot said. A brewery spends down the entire supply chain, including money in hops, bottles, packaging and transportation.

The employee impact can be beneficial to a state’s economy as well, Hendershot said. Workers spend their incomes at local retail establishments and purchase housing.

Retailers are finding ways to make money off of craft beer, even if they are not the ones making it, including bottle shops and tasting rooms. Food trucks are often parked outside of breweries, gaining a steady income stream from hungry beer drinkers. Sports venues are updating their selections to include locally made craft beer. 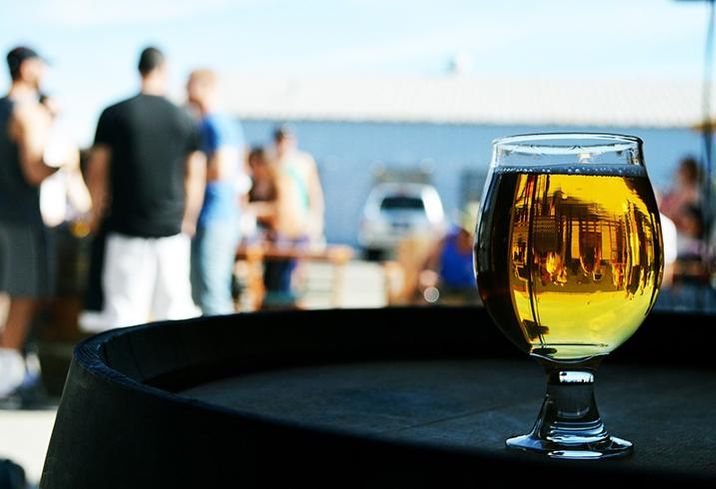 In California, where craft brewing dominates the nation, the market is changing day by day, Melda said. “The number could change tomorrow. It’s always going up and up and up.”

The barrier to entry has gotten higher, with fewer available warehouse buildings and rents 20% to 25% higher from just a few years ago, he said.

“I take it for granted that they’re in my backyard, but when I look at North Carolina all the way up to Pennsylvania or everywhere in between on where to have their next facility, everyone was excited to bring them into the market.”

Yet some breweries in competitive San Diego are closing their doors, Melda said. “It comes down to the quality of the beer. In San Diego, with so many options, you can be a bit more selective. If you don’t have a good product, you won’t be around for too much longer.”

Branding, including micro-release batches, also contributes to the success of a brewery, he said.

The silver lining to breweries closing their doors is it offers a unique opportunity in an existing facility for those interested in breaking into the industry, Melda said. 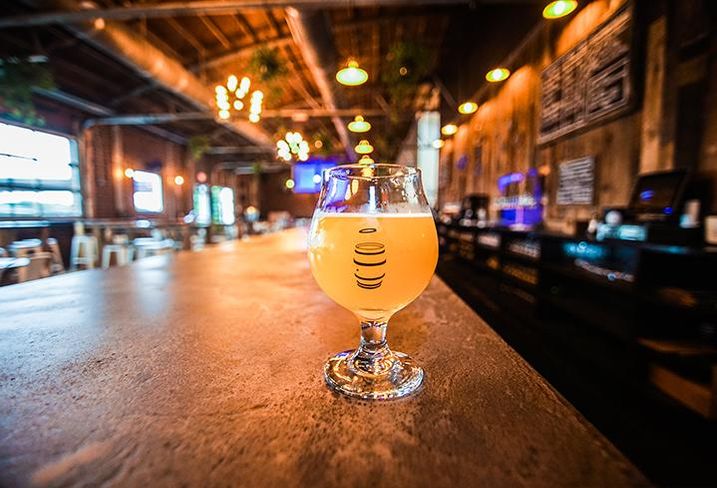 “It had a good feel to it, envisioning what we could do with the space while working with our architects,” he said. “I still walk in here a lot of mornings and I’m just like ‘This is cool.’”

In North Carolina, more than 250 breweries contribute about $2B annually to the state’s economy. The average brewery is between 6K and 10K SF, with larger breweries occupying 30K to 40K. Some of the largest craft breweries are in Charlotte, and within the city limits is 395K SF of brewing space.

Craft breweries aren’t limited in terms of geography, Rogers said. They can select a location based on real estate pricing, customer base and transformative power.

This allows many brewers, including Dolphens, to choose locations based on both affordable rents and that the brewery will impact future growth.

“In a year or two, this area will look dramatically different from what it does now. We found this place at the right time,” Dolphens said. “Two or three years earlier it would have been too sketchy. Two or three years from now we would probably pay twice as much.”

In Minneapolis/St. Paul, JLL Research Analyst Tyler Hegwood said breweries and taprooms have found their way into practically all locales of the Twin Cities.

“In some cases, they act as leading indicators for new neighborhoods, as they’re typically a conduit of retail and entertainment activity in heavily active urban industrial areas. I don’t think it’s a stretch to say that breweries go hand-in-hand with creative office space and the typical creative office user. Both have grown locally side by side.”

Brewers Association data ranks Minnesota as the 15th most craft brewery-concentrated state. In 2011, there were 43 craft breweries. In 2016, there were 112, according to the JLL report.

Co-location of breweries helps draw crowds to a specific destination as well.

“Northeast Minneapolis is where the local hotbed for the local brewery/taproom community started. Reaching a critical mass brings in a large draw of weekend groups walking or biking between several locations in one afternoon,” Hegwood said.

“Craft breweries are becoming an integral part of the transformation of industrial areas to a commercial focus, including office employers and new housing development.”