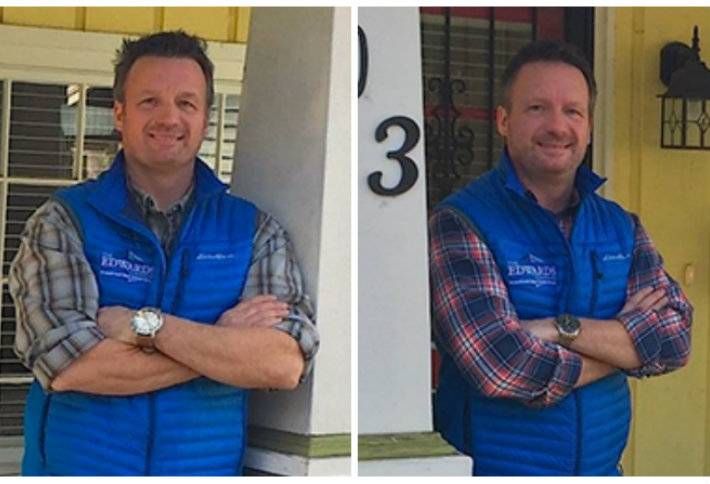 A decade later, the brothers have turned that first investment into an $8M real estate portfolio, acquiring, redeveloping and managing multifamily properties.

So the brothers, then in their late 20s, wanted to get in on the action, too.

"We might not be the smartest guys in the world," Chris remembers thinking, "but we can figure it out."

After getting a client's opinion on the deal, the brothers flipped the first property after doing the bulk of the renovations themselves, setting off a series of deals over two years.

“If you’re flipping homes, that’s great, but to be a property manager you have to buy where the numbers work,” Kelly explains.

Once the 2008 recession hit, former bank clients would express concern, asking if the duo was OK. "We told them as long as our cash flow is working," Kelly says, "we could care less what the market is doing."

And the numbers have been working. The Edwards Co has carved out a niche in the Raleigh market, focusing on acquiring properties in neighborhoods on the rise.

And so far they have; their properties are full of Millennials moving into up-and-coming neighborhoods. "It's not rocket science—anyone who can use a calculator can do it," Chris says. [BI]