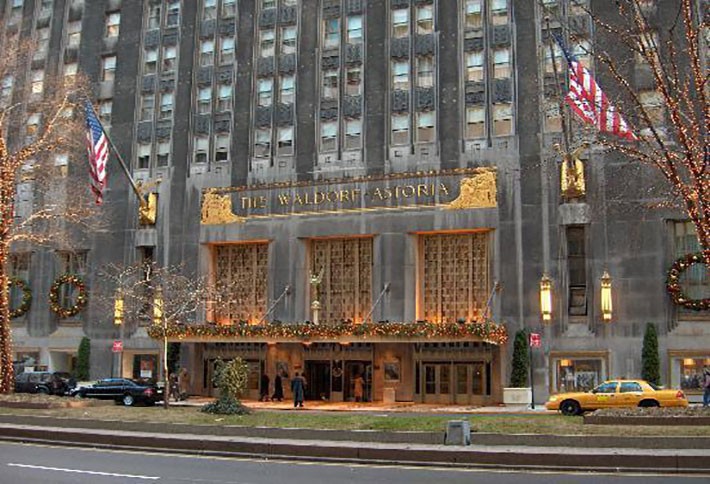 China's Anbang Insurance Group, whose nearly $2B acquisition of New York's Waldorf Astoria hotel last week, has divulged plans to convert part of the grand dame hotel into condos. During a recent talk at Harvard, Anbang Chairman Wu Xiaohui said the new owner would renovate the Waldorf Towers portion of the Park Avenue property into apartments complete with "finishes to reflect [the Waldorf's] culture and social status."

The Waldorf Towers currently operates as a hotel-within-a-hotel and also includes rental apartments occupied over the decades by Marilyn Monroe, Herbert Hoover, Frank Sinatra and a teenage Paris Hilton. Hilton Worldwide Holdings sold the trophy hotel to Anbang last October. Anbang is in the midst of planning an IPO. According to a transcript of the Harvard talk obtained by The Real Deal, Xiaohui added, mysteriously, that buyers will need "more than money to qualify" for the new condos.