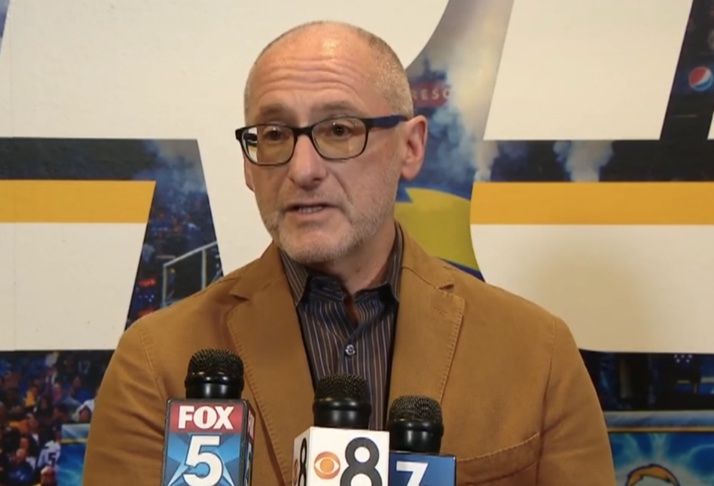 A San Diego Chargers’ ballot initiative proposes a 4% increase in the hotel occupancy tax, from 12.5% to 16.5%, to help fund the proposed $1.8B Stadium-Convention Center complex in East Village.

The hike also would provide extra money for operations, tourism marketing and the city’s general fund, team advisers stated at a press briefing Tuesday. Chargers adviser Fred Maas (above) said the proposal honors the commitment of the NFL and team to pay two-thirds of the cost of the stadium; the extra hotel tax would raise the city's third of the cost without putting the burden on San Diego taxpayers, according to the San Diego Union-Tribune.

The extra tax revenue would support $1.15B in publicly issued bonds, providing the city’s $350M contribution for the stadium, $600M for the Convention Center expansion and $200M to acquire the land. The remaining $650M is the combined contribution of the NFL and the Chargers, which could sell stadium seats and naming rights to raise its $350M portion of the cost. Some hotel owners, however, are concerned that the higher rate could backfire, deterring visitors from staying in SD. [SDUT]