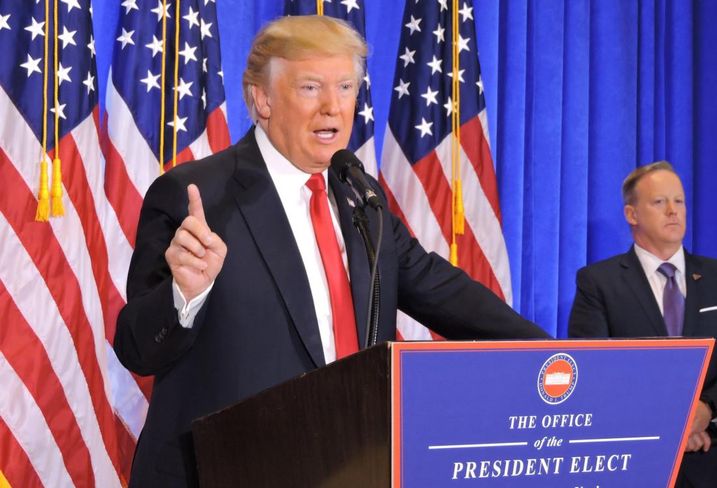 The arrangement that President Donald Trump set up to isolate himself from his business interests while in office has been widely criticized by ethics experts as not a full separation, but now it appears to have been quietly altered to give Trump even more access to company profits.

Changes made to a trust document signed on Feb. 10 allow Trump to draw money from his 400 businesses at any time without disclosing it, ProPublica reports.

"The trustees shall distribute net income or principal to Donald J. Trump at his request, as the Trustees deem necessary for his maintenance, support or uninsured medical expenses, or as the Trustees otherwise deem appropriate," the clause reads.

Since The Trump Organization and the trust are privately held, there is nothing requiring the president to disclose when he takes profits from the trust. He could disclose it in his next federal financial disclosure in May 2018, but is not required to do so. Releasing his tax returns would be the only way the public would know for sure what company profits he is taking.

In response to questions about the trust, a Trump Organization spokesperson told ProPublica: “President Trump believed it was important to create multiple layers of approval for major actions and key business decision.”

The changes to the trust were included in a document released by the General Services Administration last week when it announced its determination that Trump's business arrangement did not violate the company's lease at the Old Post Office building.