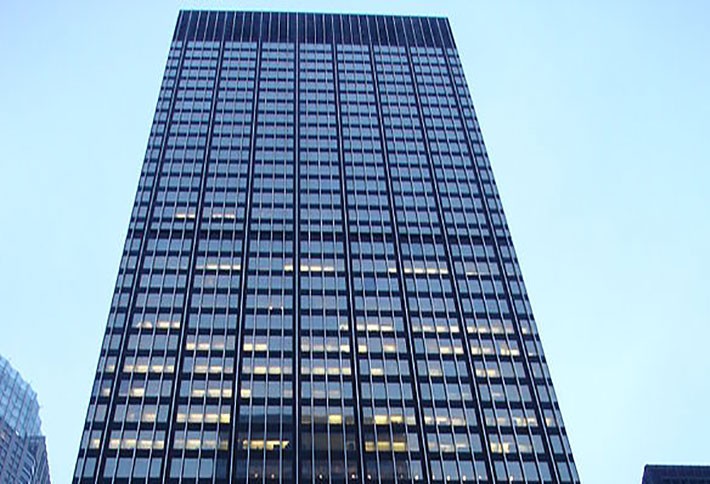 This week's banner commercial real estate news headline is JPMorgan's announcement that it's scrapping plans for a new $6.5 billion HQ on Manhattan's Far West Side. The failed negotiation deals a rare blow to the Hudson Yards development's pride—it's perennially dubbed the city's next great frontier—by depriving it of what would have been one of the all-time biggest single-tenant moves.

America's largest bank will now stay put in Midtown East. West side hurdles included a newly progressive City Hall's reluctance to give JPM a whopping $1B in tax breaks, a breakdown in talks with Hudson Yards developer Related Companies and, per a New York Times source, fear of increased scrutiny from DC watchdogs.

Urban planners and other commentators mined the story for other meanings:

+We will make E. Midtown better for business through thoughtful rezoning. JPMorgan Drops Plan to Build W. Side Towers http://t.co/7bJTdqw63e

Stu Loeser (@stuloeser), a former spokesman for Michael Bloomberg, found cause to cheer on the ex-mayor:

"Critics... worried NYC might return to an era of retention deals WHICH HAD LARGELY DISAPPEARED UNDER @mikebloomberg" http://t.co/OfCbnn26WB

NYC is on pace to create a record # of jobs in 2014; no need to give $1 billion in tax breaks to retain big companies http://t.co/bFCxbbsOQm

Laughed at by De Blasio, JPMorgan abandons bid for corporate welfare for their new HQ http://t.co/ton8vTS8Qe

jobs were so threatened by the potential JPM move that they're just staying right where they are http://t.co/PDSBo5Webk