Skillful science fiction not only creates worlds of the future, but also worlds that might be possible. Here are a few ways that what was once science fiction is becoming fact.

In the film Minority Report, based on Philip K. Dick's novel, Tom Cruise's character lives in a really, really tall skyscraper. Pretty much any sci-fi story with flying cars has really tall buildings. Today, the tallest building (Burj Khalifa in Dubai) stands 2,722 feet tall. Jeddah's Kingdom Tower, designed by architects Adrian Smith and Gordon Gill and currently under construction in Saudi Arabia, will reach 3,280 feet (with 200 floors of offices, apartments and a Four Seasons hotel) when completed in 2018. Meanwhile, Iraq is planning a 3,780-foot tower by 2025.

When science fiction is being honest about those of us here on Earth (not traveling the stars, which has its own space constraints), it puts people in smaller and smaller housing. More giant high-rises and tinier apartments. So the growing popularity of micro-units fits right in, as does the emphasis on live-work space.

Vornado and WeWork, for example, are collaborating on 2221 S Clark St (above) in Arlington, VA, a conversion of a 1960s office building into a mixed-use development with 252 residential micro-units, office space and retail.

Where could it all go? In Flatland, a short story by Kara Dalkey published in 2009, the characters live in "cubios," which are basically corporate-housing cubicle/studios where the residents wake up in the morning, send a message down to the coffee shop on the ground floor for coffee and breakfast and then step over to their desks to begin the workday.

In some stories, characters rent what is essentially a bed unit (something like a morgue locker) for the night. In William Gibson's book Neuromancer, he writes of a character curled up in his capsule to sleep in "some coffin hotel."

This brings to mind sleep pods used by corporate employees to catch a few winks, such as this EnergyPod from MetroNaps.

More directly, it foreshadows hotels such as 9h Nine Hours in Japan, which rents out sleeping space (in a cell that has been likened to a beehive) in nine-hour blocks with separate lockers and showers on-site. Above is the 9h in Kyoto.

Maybe it started with the Boxcar Children's conversion of an old rail car into a home, which is certainly not sci-fi, but the idea of turning containers into homes and offices has popped up in various stories.

When William Gibson (yes, the master of cyberpunk again) and Tom Maddox wrote an episode for The X-Files in 1998, a key character used a shipping container at the container yard as a sort of high-tech live-work space.

Poseidon Resorts
Poseidon's Mysterious Island would offer the amenities of a five-star resort.

Everything from homes to hotels to entire cities have been placed under the sea in science fiction novels. And, as we showed you in this video, there are plenty of ideas out there on how to make that a reality (including Poseidon Resorts, above). Exploration under the sea may hearken back to Jules Verne's 20,000 Leagues Under the Sea, but tales of underwater cities go back to Atlantis and have provided plenty of fodder for speculative fiction. 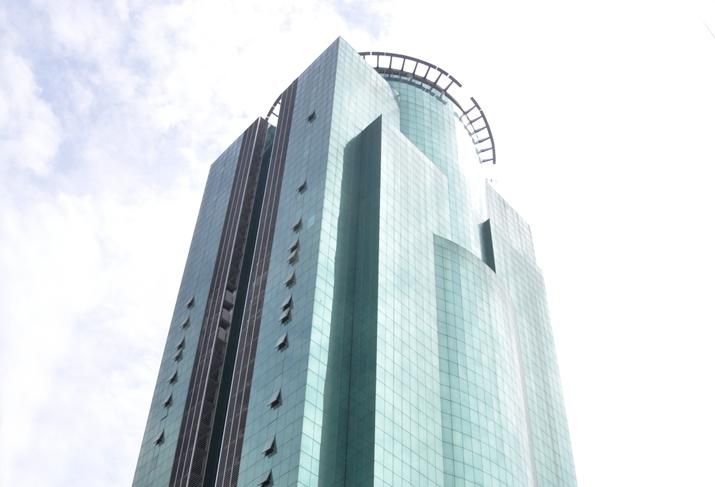 Any mention of sci-fi in commercial real estate would be incomplete without a look at smart buildings.

Look at what we have now (and imagine what we will see as the Internet of Things continues to find new ways to advance how people interact with buildings): keyless entry; climate control and lighting systems communicating for comfort and efficiency; integrated security; smart glass that adjusts the tinting on windows; rainwater recycling; solar power.

The worry in sci-fi? That the AI behind that future smart building gets too smart. No one wants a HAL situation on their hands. 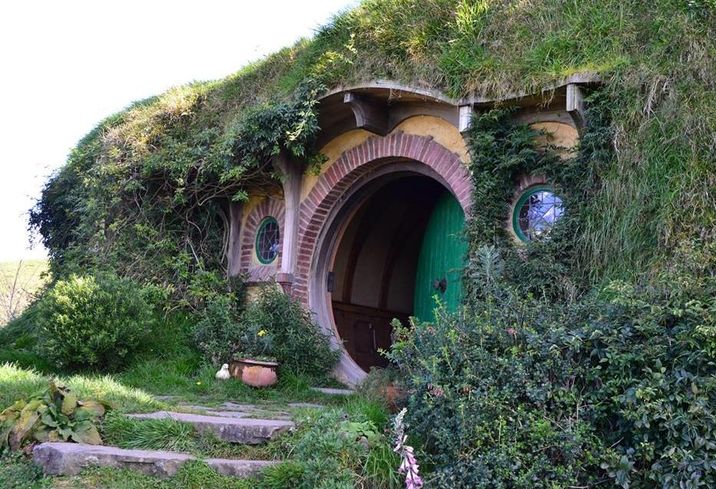 Yes, we're cheating here. Tolkein's Middle Earth is fantasy, not sci-fi. But who knew the value of a green roof (collecting rainfall, keeping cool in summer, offering some camouflage during the Scouring of the Shire) better than a hobbit?