It is no wonder skyscraper owners want to build observation decks. Observation decks offer visitors unparalleled views of cities and can generate more revenue per square foot than an office tenant.

The Empire State Building's observatory generated $21.2M in revenue in Q1 and accounted for nearly one-third of the building's total revenue.

For some operators, the views are not enough. They want to get guests' hearts racing, which in turn can make even more money.

More are adding thrill attractions to observation decks, allowing guests to extend their experiences outside the walls of the deck, and even outside the building itself. Following are five notable thrill ride attractions. 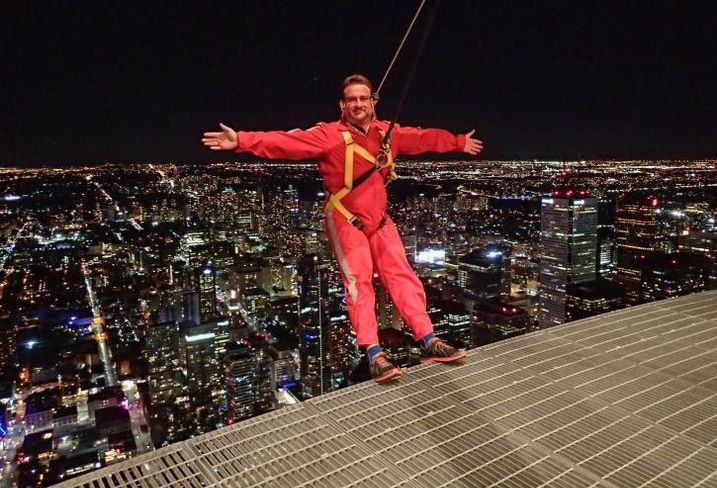 Tourism is CN Tower's cash cow these days. The building's observation deck, food and beverage component and Edgewalk generated US$72.3M in revenue during the 2016-17 fiscal year. The Edgewalk allows visitors to walk on a five-foot-wide metal floor around the outside of the tower, 1,168 feet above street level — hands-free, harnessed and tethered to an overhead rail system. Since its debut in 2011, 82,000 visitors have done the Edgewalk. 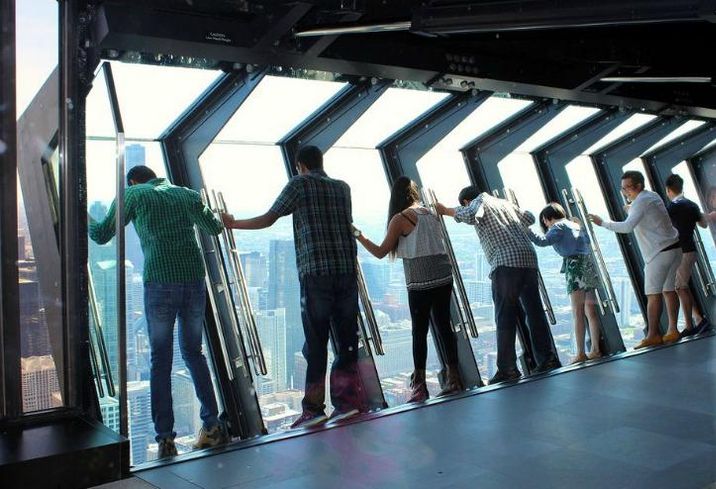 The observatory deck at 875 North Michigan Ave. (formerly the John Hancock Center) gives visitors some of the best views of Chicago's lakefront and skyline. Thrill-seekers have the option of riding TILT, a steel-and-glass enclosure extending out and over Michigan Avenue, 1,030 feet below. 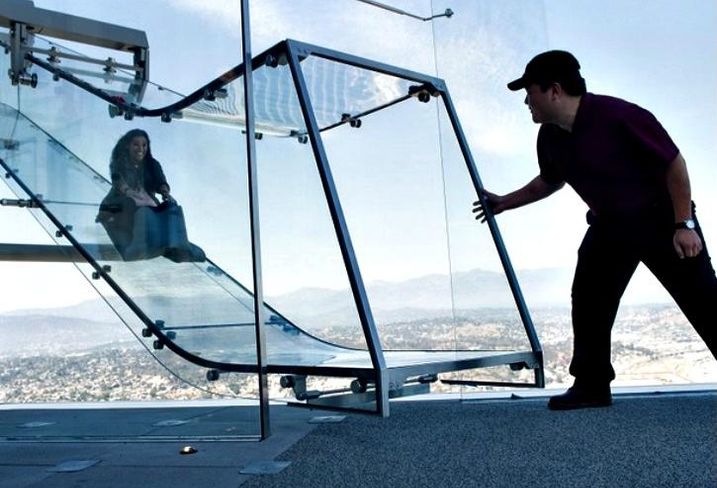 U.S. Bank Tower's owners, Singapore-based Overseas Union Enterprise, opened Skyspace, an observation deck on the building's 69th and 70th floors, in 2016. One of Skyspace's features is a transparent glass slide on the outside of the building, allowing visitors to slide from the 70th floor to the 69th floor, 1,000 feet above street level.

Skyspace generated $5.9M in revenue in its first year of operation. 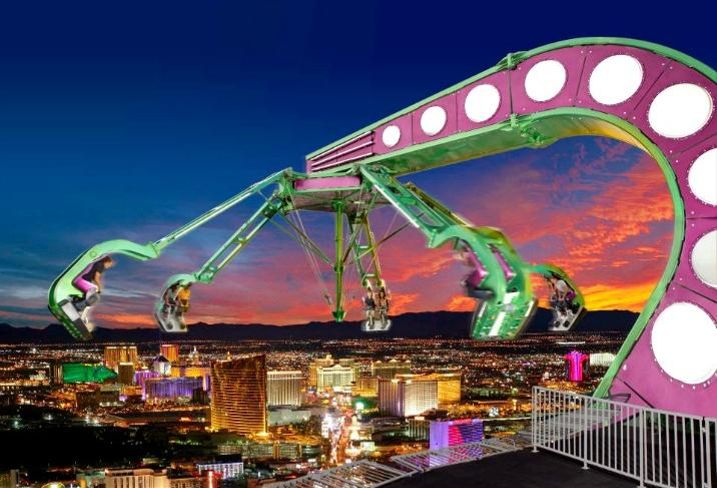 Las Vegas is a city built on excess, and the thrill attractions on Stratosphere Tower's observation decks are no exception. Stratosphere Tower boasts four thrill rides. The 22-year-old Big Shot, a pneumatic-powered ride atop the tower, shoots people 160 feet upward at 45 miles per hour, a speed that generates 4Gs during its ascent. Insanity, which debuted in 2005, is the third-highest thrill ride in the world. The attraction dangles riders 64 feet outside the tower and spins them around, 900 feet above street level.

Skyjump opened in 2010. This is a controlled-descent, bungee-jump ride that sends riders plummeting 855 feet. X-Scream, which opened in 2003, is a roller coaster-style ride that rolls back and forth and pivots side to side. This is intended to take riders by surprise and feel like they are at risk of falling. X-Scream is 866 feet above street level. 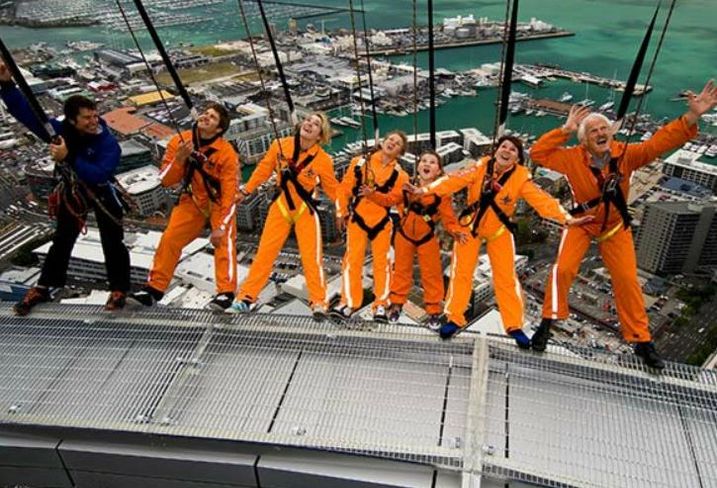 A good idea is worth copying and the idea for CN Tower's Edgewalk was originally conceived for the tallest free-standing structure in the Southern Hemisphere. Sky Tower's SkyWalk doesn't rise as high as its Toronto counterpart — visitors are only 630 feet above street level  — but Sky Tower also offers "SkyJump," a guide cable-controlled descent from the observation deck where jumpers reach speeds of 53 mph.