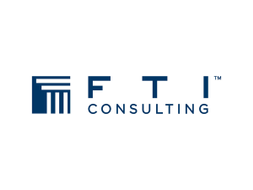 When Restructuring, Open Communication Is As Important As Strong Financials

In the spring, tens of thousands of commercial real estate owners met with their creditors and requested a period of loan forbearance while their properties shouldered the financial impact of the coronavirus.

Now, more than six months later, those initial forbearance periods may be running out, and many are still struggling to make contractual payments and meet debt covenants. When they return to talk to their lenders, owners of hard-hit assets may not yet have encouraging improvement in occupancy or cash flow to demonstrate a clear path forward for the lender's collateral.

But debt restructuring negotiations are not based solely on current financial metrics. For borrowers, presenting a well-considered business plan while demonstrating integrity and openness may go a long way toward convincing creditors that the best option is to stay the course instead of moving toward foreclosure.

"Metrics play a central role, but the relationship between the borrower and the lender is often as important," said Greg Gotthardt, senior managing director at FTI Consulting.

"You could have a retail property with current metrics that paint a very dire picture, but lenders are not going to move to foreclosure lightly in today's environment," he said. "A borrower that is an experienced operator may still be [the] best option to preserve asset value. Lenders are going to make the decision that maximizes potential recovery, and unless the relationship sours, lenders often prefer to find a way forward with existing ownership."

In his three decades in the real estate industry, Gotthardt has represented both borrowers and lenders through dozens of restructuring negotiations. While these discussions can be contentious, he said, the pandemic has actually made the parties involved in negotiations more conservative in their outlooks and more cooperative in their approach.

Negotiating a forbearance period is only a first step, Gotthardt said. It provides relief from certain loan requirements and covenants and allows the parties time to work toward a mutual resolution.

Next, borrowers and creditors will work together to restructure or "workout" their debt agreements. During restructuring negotiations, borrowers, creditors and their representatives spend much of their time diving into the particulars of assets and revising expectations regarding rents, occupancy, expenses and cash flow to evaluate a property's prospects over the short term, midterm and long term and above all, the owner's ability to repay its debt.

Each party will typically come armed with its own estimated valuation for a property and the data to back its number up. Looking back at previous recessions, Gotthardt said, borrowers tend to be overly optimistic about their valuations and have worked to convince lenders that the market could not get any worse, while lenders typically remain conservative in their estimates.

The realities of the coronavirus have made borrowers, especially owners of hotels and retail centers, more realistic about the fact that they could be in a down market for the foreseeable future.

While the restructuring process takes many forms, most workouts involve lenders exerting more control over cash and the loan collateral in exchange for providing more time for the borrower to improve property operations, cash flow and value. The new agreement will also likely require additional reporting: A borrower that might have been giving updates quarterly may now be asked to report monthly on progress toward the agreed-upon business plan.

Establishing an achievable business plan that satisfies all parties is the most delicate part of restructuring, Gotthardt said, and it helps to have parties involved who have been through many negotiations and can mediate disagreements.

"When this part goes well, there's mutual respect, a go-forward plan, and lots of communication over who controls cash," Gotthardt said. "There has to be candid discussion and an understanding that all parties are trying to get through this difficult situation together."

If borrowers can't meet the terms of the restructured loan, Gotthardt said, most lenders won't immediately move toward foreclosure. Instead, it is a sign that borrowers and lenders should have another frank conversation and may need another round of restructuring.

"Every situation is different, but when a lender determines that the property itself is worth less than the loan they provided, they may make the tough decision to foreclose," Gotthardt said. "That said, if the borrower thinks that it has a path towards paying back the loan over time and recovering its equity, it may file Chapter 11 bankruptcy to provide time to reorganize its assets and liabilities."

The bankruptcy process can be a powerful tool for borrowers to recoup equity that is temporarily impaired by adverse market conditions, if the borrower can reasonably prove to the court that all creditors are likely better off under a reorganization than a liquidation.

Lenders may prefer to stick by good borrowers because foreclosure and bankruptcy can be expensive and protracted with an uncertain outcome. Gotthardt said that restructured debt can provide both borrowers and lenders an opportunity to make the best out of a bad situation. Unlike in the last recession, banks are fairly well-capitalized at the moment, and they are better able to withstand write-downs from loan restructuring.

One of the silver linings of the pandemic, he added, is that borrowers and lenders recognized very early that there was going to be a problem with their current debt agreements. As tenants withheld contractual payments and governments mandated eviction moratoriums, both groups had to re-evaluate their positions and came to an understanding with one another.

"Borrowers and lenders typically got together early and decided that the best thing they could do would be to give the equity a chance to fight another day," Gotthardt said. "Lenders had to determine that they were not being strung along, and for those borrowers that got an initial forbearance period, lenders are likely to give them time to recover."

This feature was produced in collaboration between the Bisnow Branded Content Studio and FTI Consulting. Bisnow news staff was not involved in the production of this content.