Does Jamal Khashoggi’s Killing Mean Nothing Or Everything For Future CRE Deals?

A reformed Saudi Arabia could provide vital foreign investment in U.S. commercial real estate at a time when cross-border capital from countries like China is drying up. But political tension is already a hurdle of a business relationship still in its infancy. 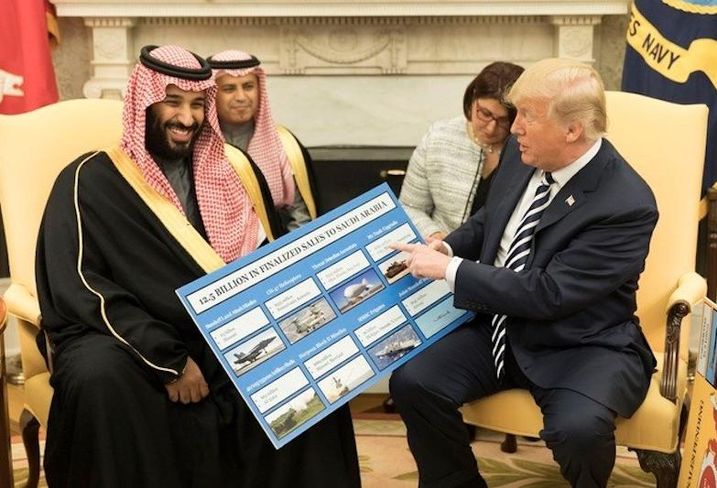 “We thought there was an opportunity for relations with the Middle East and especially Saudi Arabia to improve and have them start spending money in the U.S.,” One and Only Realty partner Edward Mermelstein said. “But what has happened recently in Saudi Arabia has really thrown sticks in the spokes of that wheel.”

Mermelstein has watched as foreign investment in U.S. commercial properties has dried up in recent years. Chinese investment in U.S. real estate fell 55% from 2016 to 2017. While the Middle East’s capital contributions weren’t as large, Saudi Arabia has been a key U.S. ally.

The killing of Jamal Khashoggi, a Saudi journalist for the Washington Post, has sparked calls for the U.S. to distance itself from its closest ally in the Arab world. Some real estate owners worry alienating the Saudis could diminish a critical source of foreign investment in the late stages of the current economic cycle.

Saudi Arabia has become a more active global investor in recent years as Crown Prince Mohammed bin Salman seeks to diversify his country’s economy beyond oil as part of the Saudi Vision 2030 plan. Launched in 2016, the government plan calls for global investment to help develop sectors like healthcare, infrastructure and tourism in the Middle East’s largest sovereign state. 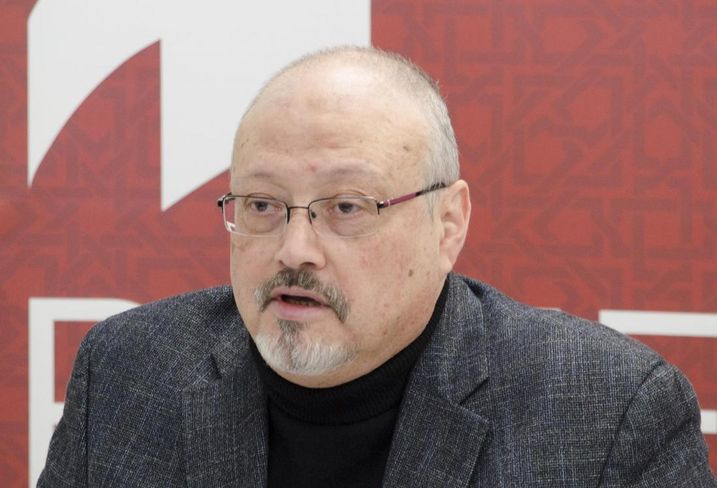 Many of the projects are funded by the Public Investment Fund of Saudi Arabia, the 10th-largest sovereign wealth fund in the world. Vision 2030 has a set target for the fund to control $2 trillion by 2030, and that has sparked a wave of financial commitments in tech and real estate around the world.

The PIF has committed $20B to Blackstone’s $40B U.S. infrastructure fund while also contributing $45B into SoftBank’s Vision Fund. SoftBank is considering taking a majority stake in WeWork. SoftBank and Blackstone did not respond to Bisnow’s requests for comment.

An estimated 57% of Saudi Arabians responding to a survey from British developer Select Property Group said they considered making an overseas property investment. The United Arab Emirates was the most popular destination with 28% of respondents indicating that is where they would invest, but the U.S. was second among those surveyed with 18%. 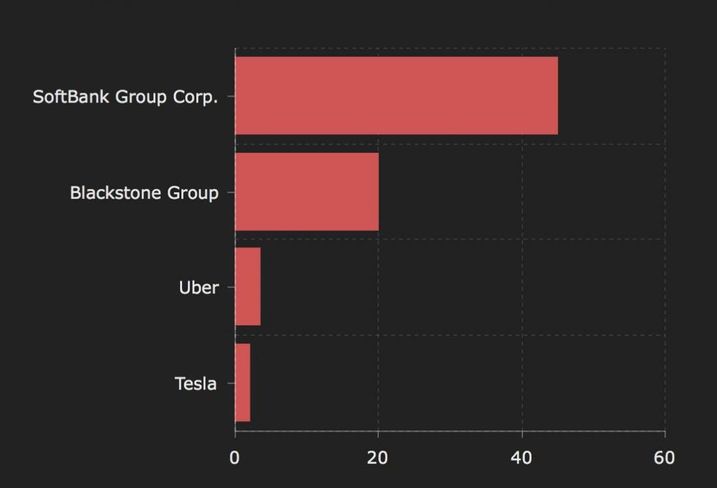 While the surveyed investors in most of the six Gulf Cooperation Council countries — Saudi Arabia, Kuwait, the UAE, Qatar, Bahrain and Oman — indicated they preferred residential real estate, the report noted that most Saudi investors prefer commercial projects.

The longevity of that investment sentiment may hinge on how the U.S. responds to Saudi Arabia’s involvement in the killing of Khashoggi, which took place Oct. 2 in the Saudi Consulate in Istanbul. The killers’ ties to the Saudi prince, along with the Saudi government’s denial-turned-admission of its role in Khashoggi’s death, sparked a global outcry for sanctions.

The Future Investment Initiative, an annual investment forum hosted in Saudi Arabia’s capital, Riyadh, was held as scheduled Oct. 23. The yearly event is designed to create an avenue for some of the world’s biggest businesses and investors to network in person with well-heeled Saudis. Some of the biggest names on the attendance list, like JPMorgan Chase CEO Jamie Dimon, SoftBank CEO Masayoshi Son and Blackstone CEO Stephen Schwarzman, pulled out in response to Khashoggi’s death. 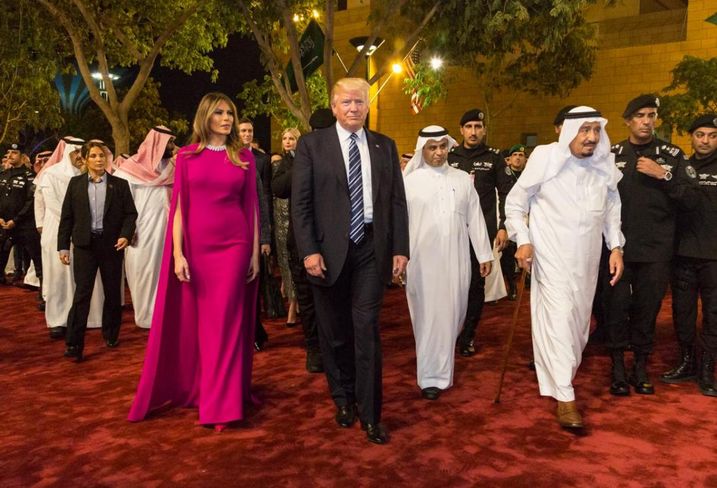 But the conference still happened, and even companies that ditched the conference downplayed the impact the journalist’s murder would have on business dealings with Saudi Arabia.

“So I would start by noting like everybody, we've been concerned about what we've been reading in the last couple of weeks,” Schwarzman said on a Blackstone earnings call earlier this month. “That said, for us, we take a long-term approach, both to our relationships and to building businesses.”

“Sometimes these things do have an impact, but countries tend not to act against their own economic interests,” Counselor of Real Estate and CBRE Global Chief Economist Richard Barkham said.

Saudi Arabian direct investment in U.S. real estate doesn’t match the headline-grabbing, multibillion-dollar commitments from the PIF. It even pales in comparison to other sources of foreign capital. 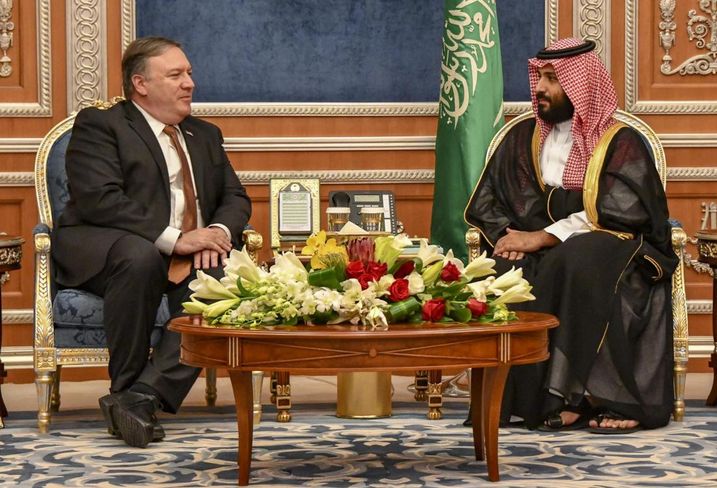 So far this year, roughly $178M in Saudi Arabian capital has flowed into U.S. commercial real estate, up from $85M in 2017, according to Real Capital Analytics data. Those deals were involved with joint venture partners, meaning Saudi investment is likely less than the reported sums.

By comparison, even though Chinese investment was down 55% in 2017 due to tightened outbound capital regulations, it still accounted for $7.3B in U.S. real estate investment, according to Cushman & Wakefield.

“We shouldn’t overstate it,” he said. “In terms of total cross-border investment, it isn’t that big of a source.”

Mermelstein still thinks Washington responding to Saudi Arabia with the same tough stance it has issued to Russia and China will send a message. Alienating an ally in the Middle East, especially one that has the potential to eventually pour funds into luxury commercial projects that once appealed to Chinese buyers, could inch the U.S. closer to an economic downturn, he said.

But the world is still one with excess capital and not enough investment opportunity, Barkham said. When funds from one country dry up, another has been waiting in the wings. Mermelstein doesn’t see where the next country in line will come from.

“As far as investors of emerging economies, there isn’t anyone left to fill the void in the United States,” he said.