Not Your Everyday Banker: How Chase's Alice Carr Is Redefining Community Development Banking

A few moments after the “fasten seat belt” light dims some 33,000 feet over Nevada, Chase’s Alice Carr gets back to work. WiFi slowly flickers back to life, and she begins reviewing the latest updates from her team on a deal in Seattle. The financials work, and the developer has an established track record with this kind of real estate project. In normal banking, this would be enough for a construction loan, but community development requires far more nuance and understanding of local concerns. With those thoughts in mind, Alice pauses for a second. “Is this the right project for this neighborhood at this time?”

Not Your Typical Banker 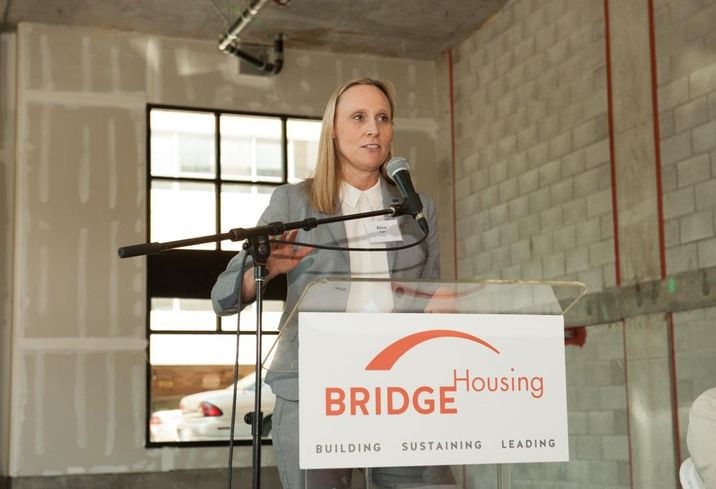 Alice Carr built a 20-plus-year career as a leader in finance precisely because she treated local needs with such care. As regional manager of Chase’s community lending for the West and Southwest regions, Alice is responsible for leading the global bank’s affordable real estate operations across 12 states, including some of the fastest-growing markets in the world. She leads a team of bankers to provide construction and permanent lending for affordable housing. Prior to Chase, she led Citi’s western efforts for nearly 12 years.

Bisnow spoke to Alice, who is based in LA, about her journey, the skills necessary to effectively partner with governments and developers, and what it takes to mentor the next generation of community bankers.

Alice graduated Occidental College with degrees in American studies and German before enrolling in the urban planning master’s program at UCLA. “In the beginning, I didn’t know exactly what I was going to end up doing with this master’s,” she tells us.

Soon enough, coursework and internships highlighted the importance of affordable housing and community development. She started with an internship at a small, nonprofit affordable housing developer called Vermont Slauson Economic Development Corp. Then, in her second year, she served as an intern with the policy and planning division of the Los Angeles Housing Department.

“I was very interested in figuring out how you can actually help people,” Alice says. “How can you actually have a long-lasting economic impact on cities, transportation and the people living within cities?”

After graduating, she started as a research assistant at the Low Income Investment Fund, a nonprofit community development financial institution. Alice quickly rose through the ranks to become a loan associate and then head of the loan associate group. Her work attracted outside attention, and she was recruited by what eventually became Citi.

She says, “When I left to go to a bank, I really thought it was going to be a temporary departure from the nonprofit world.” Alice was eager to learn a different side of the finance scene and capitalize on the resources of a large firm.

The experience proved transformative. “I never looked back, because I still get to work with clients, manage staff, work with numbers, and then see the overall development process of buildings getting put up and people occupying them,” she says.

Her professional training and willingness to engage various stakeholders proved invaluable during the depths of the credit crisis in 2008 when California faced a massive budgetary shortfall. In response to a deteriorating economic outlook, the state suspended funding permanent loans for affordable housing development. Affordable housing activity froze overnight as California could not issue the critical general obligation bonds.

Collaborating closely with her capital markets colleagues, Alice hit upon an inventive financing solution to kick-start affordable housing construction in the state: the bank would buy the bonds on affordable housing deals it financed through loans. After marathon negotiations with the state, she inked a deal where GO financing began flowing again. A vital economic conduit had been restored through quick thinking and willingness to engage all internal and external stakeholders.

In June 2011, after more than a decade in the industry, she began her next chapter at Chase. She was drawn to the bank’s ability to concentrate resources to address affordable housing issues with deference to local circumstances. “It really is a beautiful thing when you can bring the force and expertise and resources of a really large institution, but you can bring it locally and really bring what makes sense for that local project, for that local community," she says.

Five years on, she made good on her mandate to make a difference for Chase out West. “They’ve been incredibly supportive with putting forward the resources, the tools, the support that we needed to be successful, and we’ve grown this business exponentially in the last five years,” she says. 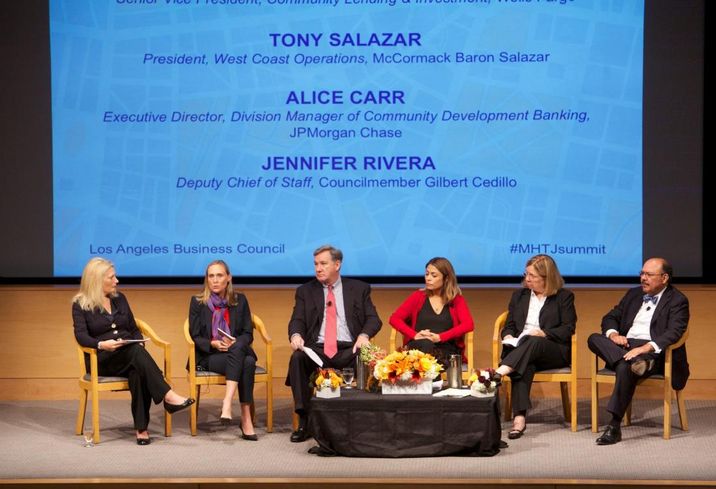 Affordable housing development sits at the intersection of the public and private spheres and requires bankers to partner closely with government authorities, community leaders and real estate developers.

Local governments serve a critically important role in financing affordable housing development, and city halls and statehouses have increasingly embraced the sector in the past three decades. “The lesson has been: it’s good for your city, it’s good for your community, it has tangible and intangible positives that are very worth investing in,” Alice says.

The primary source of financing for affordable housing construction is the low-income housing tax credit program. These federal tax credits are distributed by the state in a competitive process that requires developers to propose a project that has community support and local funds.

Builders that target this market can range from smaller nonprofit affordable housing groups to for-profit developers who generate strong returns and give back to their communities. Bankers at Chase informally communicate with developers from the inception of a project and begin their due-diligence process fairly early. They are encouraged when a developer has already gained city support, achieved neighborhood acceptance and received the tax credit. “We can definitely tell whether a developer is taking on a project that isn’t necessarily a right fit for them or if a smaller neighborhood-based nonprofit is biting off more than they can chew,” Alice says.

Many developers also consult with Alice and her team for guidance on building out the general proposal. For example, the bank had a conversation with a builder about structuring the appropriate discount rents in comparison with the wider market. “We have a lot of repeat customers who will come in early on to have discussions even if they haven’t yet picked us as a bank,” Alice says.

As the project matures, lenders assist builders in completing the capital puzzle by offering financing that interacts well with the other components of the assembled capital structure. Usually this takes the form of both construction and term debt. 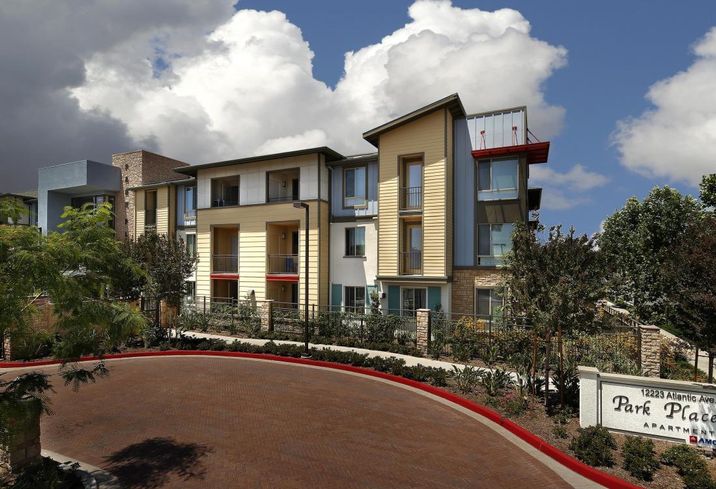 Mixing public and private sources of funds adds a layer of complexity to the deals that requires careful management. “When you have a private client, it’s a fairly simple set of factors that you’re analyzing in getting your project done,” Alice says, comparing community banking to traditional lending. “In our projects, almost without fail, we have local, city, county, state, federal partners who are putting in money to help a certain segment of the community, such as the homeless, lower-income folks, or people that work in the school district.”

Bankers serve as the architects and managers of this capital, especially when things go wrong. Alice spends considerable time ensuring lines of communication are constantly in use and problems are resolved before they become significant. 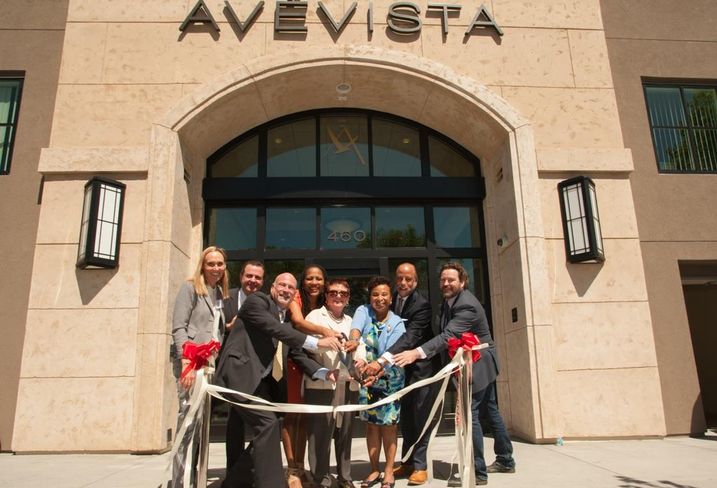 So what does it take to mentor the next generation of community development bankers?

“I think somebody has me on a hotline because a lot of students contact me,” Alice chuckled. “I actually do take a lot of time with people when they call me up and say, ‘I’m starting out. What could I do?’”

In many ways, traditional finance has been battling tech for high-caliber talent. Alice views her work engaging with new professionals as essential to building the talent pool of the future. “We’re going to be sorry down the road when everyone is moving into the tech industry and not into this incredibly vibrant, interesting industry of building affordable housing,” she says.

Alice paused for a second to distill the essential lessons from her career. “I tell people to get involved locally,” she says, adding the internet is a rich resource to learn about local affordable housing projects. “Start reading about it, researching it, going out into the community, and talking to the people that are actually developing the housing.”

Engaging the professional community remains a key focus for Alice. She chairs the Southern California Leadership Council for Enterprise Partners and sits on the boards of prominent industry-focused associations such as the Washington Community Reinvestment Association, the California Community Reinvestment Corp, the Housing Loan Committee for Low Income Investment Committee and the Local Advisory Committee of the Local Initiatives Support Corp. An active engagement with the sector allows Alice to discover and then navigate emerging trends—a trait she believes is essential for growing a career in this field.

Above all, a demonstrated passion and commitment for community development draws her interest. This even trumps prior banking background. “The folks that I hire to work with me will say they’ve got community development in their blood,” she says. “Affordable housing is what they want to do. It is a specific language that they’ve learned how to speak, that they really feel tethered to it.”

Alice still feels the same passion for it that she felt as a recent urban planning graduate from UCLA. “I love the challenges of the multilayered financing," she says. "I love being able to tailor what’s needed to a specific community for a specific project.”

Alice remembers one grand opening ceremony for a project Chase financed where a tenant came forward to share her story. The resident struggled her entire life to raise a family as they floated in and out of shelters. Now they finally had a safe and decent place to live for the first time. “You can imagine how proud we feel having been part of that.”