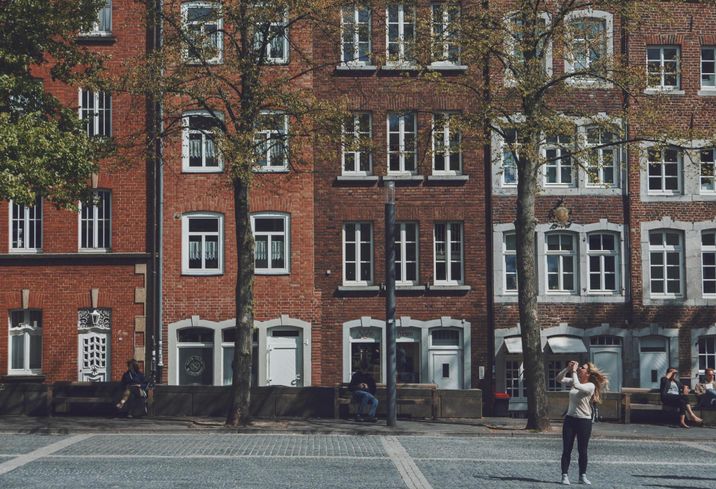 The company they founded, Sharestates, hoped to help emerging developers secure loans of a few hundred thousand dollars to renovate and flip buildings in markets where banks wouldn’t tread. Investors could buy into a project with as little as $5K.

Seven years later, Sharestates has smashed its original goal — and several goals beyond that. The company has funded a combined $2.19B in deals and has increasingly taken on larger projects, with some loans exceeding $10M. The average Sharestates investor now places $125K into the platform.

Though it began with modest ambitions, the real estate crowdfunding sector has consistently outgrown itself, becoming a significant source of capital in emerging markets. Now, a select few crowdfunding platforms have gone mainstream and are working within the nation’s largest markets to diversify the financial instruments they offer.

“Success begets success,” Sharestates Executive Vice President of Capital Markets Kevin Shane said. “In turn, as we have grown, so too has our ability to finance larger projects, and our investors’ interest in those projects has grown alongside our own business.”

Crowdfunding is still a relative novelty for commercial real estate; it was only in 2012 that the JOBS Act greenlit the kind of crowdfunding that Sharestates provides.

Many of Sharestates’ borrowers, especially newcomers, are still looking for loans between $100K and $1M, which they use to fix up single-family homes or small multifamily projects. But as its pool of small borrowers has grown, Sharestates has attracted interest from developers who need much more capital.

In spring 2019, Shane said, a borrower closed on a loan worth over $10M for a 12-story mixed-use development in the South Bronx. The project consists of seven lots that will be demolished and redeveloped into 96 apartments, 27K SF of retail and 45K of community facility space that be the new home of a private school.

Many of Sharestates’ large borrowers have grown organically along with the platform, beginning as flippers and expanding into new markets and taking on larger project pipelines.

“Over the years we’ve developed many close relationships with our borrowers and we’ve expanded right along with them,” Shane said. “One such borrower began with small fix-and-flip projects in northern New Jersey, but has now expanded his business into Baltimore, Memphis and Atlanta.”

The key to Sharestates’ growth is its investors. As the company has been able to post an annualized return of over 10% on average, many investors have returned and upped their stakes. More than 80% of Sharestates stakeholders are repeat investors.

By funding large projects, Sharestates is able to satisfy investor demand more readily — while a $900K financing deal might satisfy the investment goals for a handful of investors, a $10M project like the one in the South Bronx can work for dozens of investors at a time.

“As we continue to increase our loan volume year over year, we’ve had to find high-quality real estate deals to feed the demand, which are not always smaller projects,” Shane said.

Now, as it has grown, the company has begun to innovate with what kinds of financial instruments it can provide.

Though its bread and butter is still in one- to two-year bridge loans, Sharestates has begun to offer interest-only term loans of five, seven or even 10 years. The hope, Shane said, is to transition borrowers seamlessly from a bridge loan to more long-term financing, keeping them with Sharestates through the entire lifecycle of their properties.

“Ultimately, the real estate industry is built on relationships and reputation,” Shane said. “We haven’t lowered our risk standards in reaction to a more competitive lending environment, and that has helped make Sharestates a household name within the private lending industry.”

This feature was produced in collaboration between Bisnow Branded Content and Sharestates. Bisnow news staff was not involved in the production of this content.