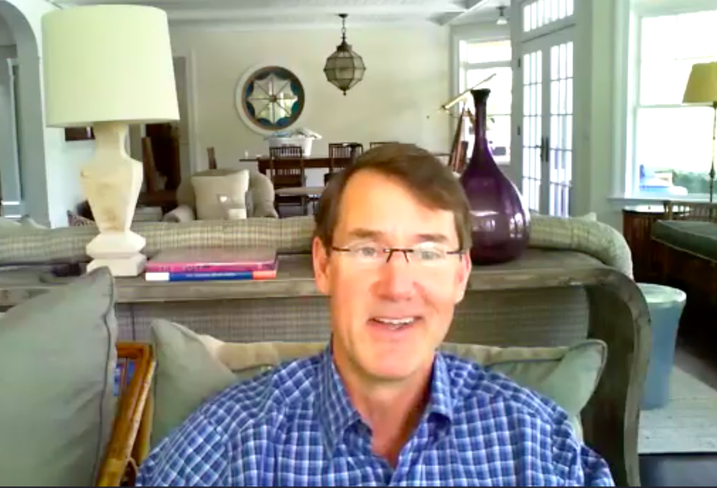 The coronavirus era will not go down as a period of massive corporate transactions, but at least one huge deal will make the history books: PNC's $14.4B sale of its stake in BlackRock, the world's largest asset manager.

When the sale went through, financial experts speculated that a major acquisition was in the works. On Walker & Dunlop's weekly Walker Webcast this week, PNC Chairman and CEO Bill Demchak seemed to confirm that the company would use proceeds from the sale to pursue opportunistic acquisitions in the near future.

But Demchak and host Willy Walker also covered the struggles of lending in a market quickly becoming more distressed, how a debt crisis might cascade through commercial loans and why corporate America has fallen so far behind in its diversity ambitions.

Here are some highlights from the two CEOs' conversation:

Willy Walker: I spoke to some of your colleagues, and you’re known for asking "why?" in meetings, so I’ll turn that back around on you now: Why after making an over 7,000% return on investment in BlackRock, did PNC end up selling its 22% stake in May?

Bill Demchak: Tom O'Brien, who was PNC chairman before me, had the foresight to invest $240M into an entity that today has a market cap of around $70B.

Through time, we knew that BlackRock was becoming more of an investment as opposed to part of the company. We started owning 100% of it, we took it public, then they bought State Street, then they bought Merrill Lynch, and then ultimately BGI, and we were diluted down to a 22% stake. They were sort of, call it an uncontrolled massive investment. That was a big part of our market cap.

We and they both were getting squeezed by regulators and accountants. Being controlled by a bank limits some of what they could do as an investment company. So we knew we were going to have to sell it. There's never a good time to sell a great investment, but we knew this was coming.

Over and over we’ve seen market disruption present massive opportunity, and the bank with the most capital wins. As we go into this crisis, I continue to think that we're going to have an opportunity to deploy the capital we created in a way that's very beneficial for our shareholders.

Walker: Who do you see as your biggest competition in terms of making that kind of an acquisition? Is it a JPMorgan or a State Street, a Goldman Sachs, or even an Apple or Google?

Demchak: As it relates to deploying capital, we're in a pretty interesting spot. We are the sixth- or seventh-largest bank in the country, but the firms who are up in "G-SIFI" land are four and five times larger than us. Because of their status as G-SIFIs, it's highly unlikely that they could buy another depository institution.

So you go through that math and you say, "Who could actually buy a distressed asset out there?" It's kind of just us and maybe USB. Truist just did a deal — they're still putting SunTrust and BB&T together. So we were in a fairly unique place to be able to take advantage of some dislocations here.

Walker: One of the things that allowed people to get through the current crisis has been loan forbearance. PNC has extended forbearance across business lines over the last three months. What's your thought as it relates to both the consumer and businesses being able to catch back up and become current?

Demchak: On the consumer side, in our low-balance accounts, that might have $500 in it on average over the course of the year, those accounts on average today have around $1,200. Consumers are actually feeling flush, because of unemployment, the stimulus check and not having to pay income taxes.

Now that's turning around, and I'm really concerned about it. What we're going to end up doing is taking the payments that were missed and tack them on to the end of whatever the loan is, whether it’s an auto loan or mortgage or credit card balance. We’re going to have to set up schedules over the course of the next four, six, 12 months, to pay back those balances, and I think that's going to put a big drag on consumer spending. I think we're gonna have some defaults.

Then in commercial, as you can imagine, there’s heavy concentrations in real estate. Retail is driving a lot of this, because retailers are not paying their rent. So the underlying properties aren't paying their rent, so they can't or aren't paying their mortgages, so that flows through to us. I think it's going to be a struggle. I think you're going to see a lot of defaults in small business and in smaller commercial entities as we try to bring them back to current.

Walker: My assumption would be that you don't want to own these assets.

Walker: I don't think you want to have a group running around trying to do these workouts. So have you tried to offload any of the risk that you might see coming? And how long can you continue to provide that forbearance and flexibility to the market?

Demchak: It depends on the underlying asset. Real estate perhaps is the best example. There's not a bid out there for real estate right now, and the reason for that is the unknown. It's not something you can model at this point, because we're still trying to figure out what's going to happen to office and to hotels. 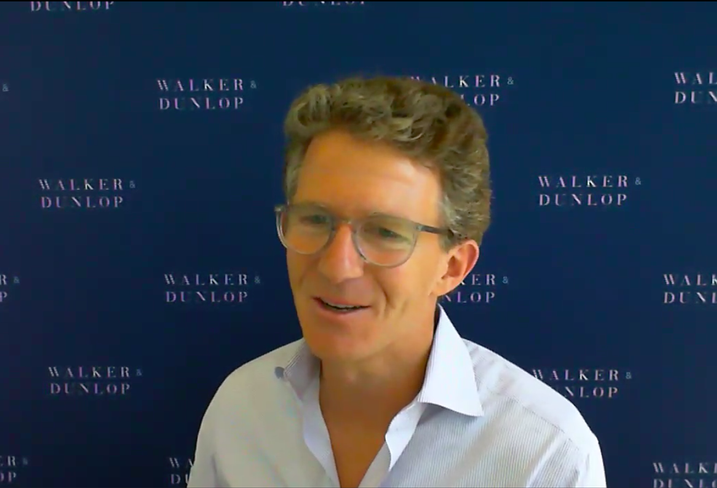 Walker: So last year, PNC was awarded for its diversity and inclusion efforts, and in your acceptance speech you said, "I always find it a bit strange when we are given an award for something we do because it is so clearly good for our shareholders, employees, customers and communities. We are basically being given an award for doing our job." My question is, if you're just doing your job, why hasn't the rest of corporate America been doing theirs?

We've been working on diversity for a long period of time, and corporate America has as well, and we've all sort of followed the same playbook with different levels of intensity. And we've had a fair amount of success in that effort, but you have to look deeper.

We can quote great numbers in having people of color on our staff, but when you actually break it down and say, "What is happening with our Black colleagues? Are we recruiting, retaining and promoting at a level that's ultimately going to allow PNC to be a fully diverse company?" The answer was, "sometimes."

It comes to understanding life experiences and how they impact coming to work, all sorts of things that normally get hidden behind the veneer of the face of somebody who's just trying to come to work and succeed, but doesn't really let their guard down.

We need to use that and double down, not just on diversity, broadly, but specifically, we need to do better with it with the Black community. And I think part of that, at least for PNC, is a recognition of the burden that people come to work with. We have to know each other as human beings.

We have a senior executive who is African American, who we pay a great deal of money, and to this day, when he goes home in his BMW, he takes his wallet out of his suit and sets it on the dashboard of his car for fear of being pulled over and having to reach into his jacket to get his wallet.

That's a burden. That's something that we need to understand and share with our other employees, that we haven't done as well as we could.

We're underproducing as a nation because we're disadvantaging and not investing in a massive subset of our population. We’ve got to change it.

Walker: Is there a model out there that can sort of enlist the support of other employees at companies like PNC or Walker & Dunlop to get that sort of buy-in?

In many instances, this is our employees’ first professional job, and they come into the training program and behave how they think they're supposed to behave in a group of white guys. And it's exhausting. Because they go home to their friends and families and they change their face, but they might not get to be themselves at work. Imagine coming to work every day and effectively pretending to be somebody else. It’s exhausting.

We need to have outlets for employees so that work feels like a safe place for people to be themselves.

This feature was produced in collaboration between the Bisnow Branded Content Studio and Walker & Dunlop. Bisnow news staff was not involved in the production of this content.