What do Atlanta, Dallas and Phoenix have in common? They're cities that are coming more into favor with foreign commercial real estate investors. 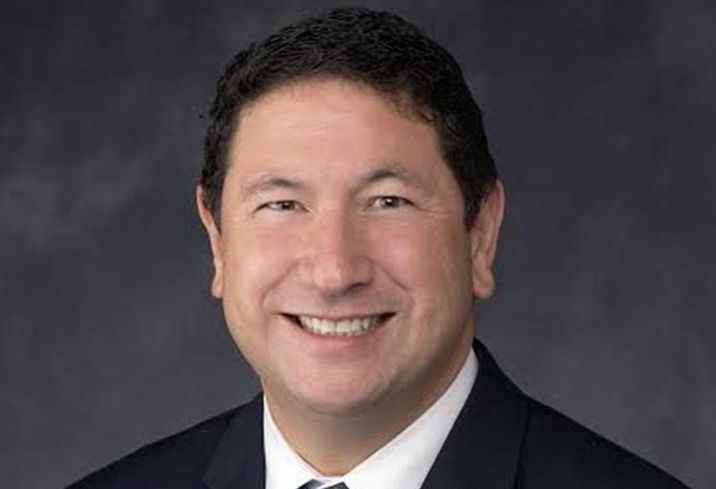 That's the message from Marcus & Millichap head of research John Chang when asked about his outlook on foreign investment in commercial real estate next year.

“We've recently seen accelerating foreign investments in cities previously off the radar,” Chang said, adding that historically, foreign capital didn't stray too far outside major gateway cities in the US because they tended to have more liquidity and less volatility. 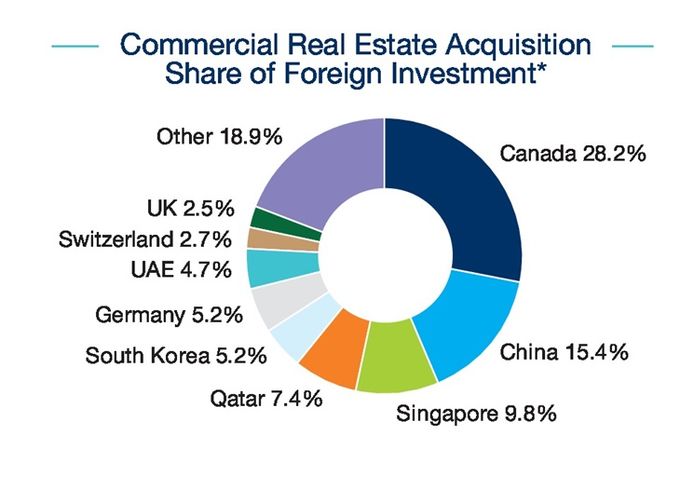 It helps that investors from countries in the Middle East and Asia are becoming more savvy to US markets, prompting them to take more risks outside the gateways. But foreign dollars overall coming into the US may continue a modest slowing next year as interest rates rise and the dollar strengthens further. That cocktail has already hit investments in the latter half of 2016, Chang said.

“Foreign investment in the US in 2016 will likely trend about 20% lower than 2015,” he said. “The trend appears to point to modest slowing, relative to 2016, but many variables remain in play for the coming year that could inspire investors abroad to target hard US assets.”

What has been a big shift, and one Chang expects to continue, is the rise of China as a major CRE investment player in the US. As of the middle of 2016, a Marcus & Millichap report showed Canada remained the perennial, most active investor in the US (see chart above from Q2 2016). But China was quickly picking up steam by the first half of the year, and has since outpaced Canada in level of investments in the US.

“China is the leading foreign investment growth story," Chang said, "with total volume from this country competing with Canada.” 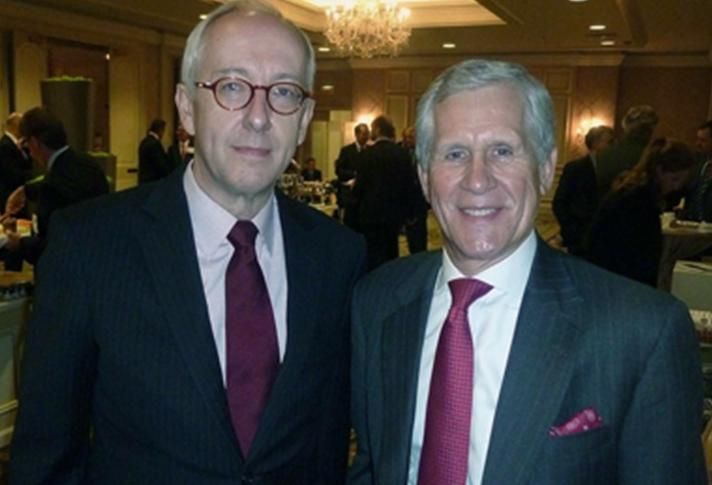 America continues to be the best-looking option in a world fraught with instability, and that will continue to create a steady flow of foreign capital into the US, said Association of Foreign Investors in Real Estate CEO James Fetgatter (on the right above, in 2010 with former AFIRE chairman and PGGM director Werner Sohier).

“Our impression is, in fact, Brexit is probably having a positive effect on the US,” Fetgatter said. “I think that it's going to remain steady. I don't expect a huge waterfall of deals coming in.”

But he said rising interest rates and cap rates will act as a headwind with foreign buyers as it will make consummating deals all the harder. 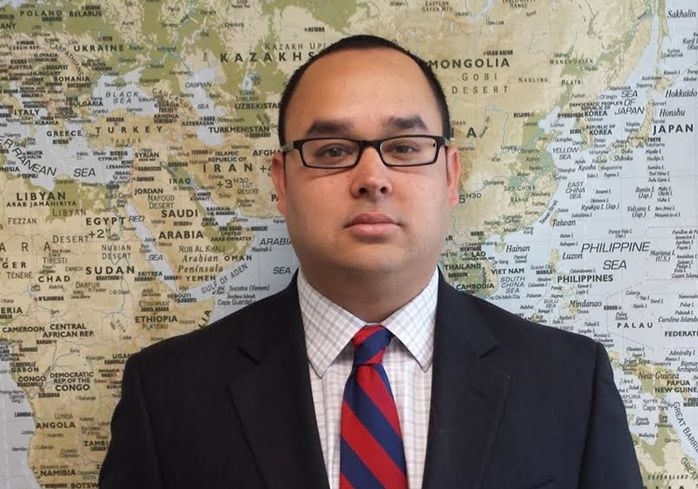 Michael Maduell, president of the Sovereign Wealth Fund Institute, which aggregates data on investments by sovereign wealth, pensions central banks and endowments, said the US should continue to see strong interest from Qatar and other Gulf State players. That's despite a collapse in oil prices.

“They're willing to take a much lower yield compared to a pension fund,” Maduell said. Even Korean life insurance companies have been more active in the US—buying up mezzanine debt in a chase for better yields, Maduell said. His firm is predicting that sovereign wealth will have invested more than $10B into the US by year's end.