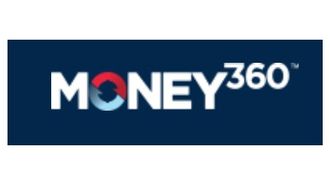 As Market Volatility Continues, What Will Happen To CRE Lending?

In volatile economic conditions, the first question many commercial real estate firms ask is, “How will lenders react?” Finding funding for projects can be challenging in even the strongest markets. Now, with interest rates and inflation continuing to soar and rumors of a recession swirling, CRE professionals are feeling the heat.

Federal Reserve Chair Jerome Powell said at a press conference in August that the Fed’s goal is to bring down high inflation rates, but he admitted that the process will likely cause pain for the economy and millions of Americans. This news, paired with growing concerns about the CRE market, has many in the industry concerned about what the lending landscape will look like in the coming months.

“The recent changes in rates and the volatility in the market has led to a lot of uncertainty, and things have definitely slowed down,” said Tom MacManus, president and CEO of Money360, a nationwide bridge lender that has specialized in commercial real estate for over a decade.

Bisnow spoke with MacManus to gain his insights into what he is seeing in the market and what he thinks the future holds for CRE lending.

Bisnow: What are the current trends you are seeing, particularly in regard to lending?

MacManus: There are a lot of unknowns out there, and businesses, investors, lenders, buyers and sellers don’t operate well in a market that is highly uncertain. Lenders are having challenges sizing loans to appropriate exit debt yields as rates just keep moving upward.

For these reasons, transaction volume has slowed across all fronts and will continue to slow until we identify the new equilibrium or reset.

Bisnow: How have rising interest rates impacted the lending environment?

MacManus: Obviously, the Fed is committed to raising rates to contain inflation. This is one of the more rapid rises in rates that we have seen in decades. What’s been surprising is the pace: It’s not just that rates are rising, but how much they have risen in such a short period of time.

This causes a lot of volatility and uncertainty, especially when paired with other factors, including supply constraints and the war with Ukraine and Russia. But the primary challenge for lenders is still the rapid rise of rates, which has caused a lot of consternation about what the new normal will look like. I and others expect that there will be some sort of recession from the Fed’s decision. I can’t say how deep or how long it will last, but I can't imagine we will not have some sort of national impact from this activity.

Bisnow: Where do you see the lending environment heading in the next several months?

MacManus: There’s likely going to be a new normal once rates stabilize and people are able to identify appropriate cap rates and corresponding prudent lending levels. More recently, we've had negative leverage where equity and cap rates are less than interest rates, and that fundamentally does not work well in any environment.

So my expectation is that you'll probably continue to see a slowdown in activity. Sellers will not want to sell into an unstable market; they'll probably hold their assets longer to try and decide what the right price discovery point is, and buyers will also take a pause. I expect there will be a demand for more refinancing, so loans on assets that were going to be sold may sit longer in a refinance position. We may also see some defensive refinancing because many loans were made under the old interest rate climate, and now there is a new climate and those loans may not be able to roll over as the risk profile has changed.

I predict a lot of activity in terms of refinancing and lots of kicking the can down the road until we know what things will look like once they stabilize.

Bisnow: How has bridge lending come into play in this environment?

MacManus: Bridge lending has always been a vehicle to get things from point A to point B. In the current uncertain market, people will not be ready to commit to a long-term permanent loan, and so the bridge market will likely benefit as a result. Whether it’s a refinance, a recapitalization or a bridge loan to provide short-term accommodation for buyers before locking up with a long-term capital structure, bridge lending can be a good interim option.

So there are many benefits to a short-term loan. Basically, the bridge loan strategy makes sense, but the economics, due to an inverted yield curve, could be challenging.

Bisnow: What experience does Money360 have in navigating uncertain markets with its clients?

MacManus: We're a boutique group that has extensive senior executive experience that is uncommon for a group our size. I've been in business for more than 40 years, and we've been handling turbulent economic cycles since the 1970s, as have other members of our leadership team.

I think we're extremely well-positioned to handle the current economic challenges, especially compared to our peer groups that may be newer to the industry and haven't had the luxury or depth and breadth of experience in dealing with all types of volatility over several market cycles. It's an advantage for us, our current and prospective clients, and investors can have confidence in us as well.

This article was produced in collaboration between Studio B and Money360. Bisnow news staff was not involved in the production of this content.