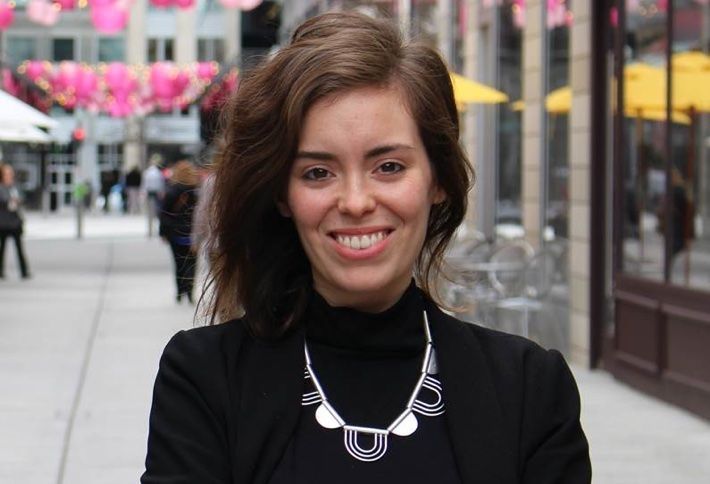 Cordero has been named as CBRE's new managing director of retail capital markets for the Americas, effective July 1, the company announced Thursday.

Since arriving at the real estate services giant in 2016, Cordero has been serving as global head of retail research. She will remain based in Washington, D.C., but now oversee a team of 130 professionals who facilitate investment sales and deal financing for retail properties across the country.

As the head of a national brokerage division, the 31-year-old Cordero acknowledged that she is something of an unorthodox choice due to her research background, her gender and her age.

“I think [my promotion] grabbed some attention. It’s definitely an unexpected appointment for some people," Cordero told Bisnow. "But I think the thing that has people more interested and intrigued is that I’m coming from a research background and not a brokerage or executive background.”

A spokesperson for CBRE would not comment on if Cordero will be the youngest national executive, or what percentage of executives at her level or higher is female. Cordero said that if anything, her youth has been taken as a positive due to the industry's need to understand the behavior and desires of the young consumer.

As a researcher, Cordero frequently assisted CBRE brokerage teams in their work with retail landlords, tenants and prospective buyers. Before choosing her, CBRE asked several of its clients what they were looking for from the capital markets leader, and much of the responses boiled down to one thing, Cordero said: knowledge.

“I hear clients tell me that it’s really exciting, because they need help on the data and information side and are happy with what this direction represents,” Cordero said.

As she goes from advising to directing, she will embody CBRE's emphasis on data-driven decision-making to stay on top of the most challenging and fluid asset class in commercial real estate. According to a report from Reonomy, retail real estate prices have dropped this year for the first time since 2015, and investment sales volume remains at historic lows.

“I think there’s an incredible amount of uncertainty in the retail market, and that has kept investors back and contributed to the decline in investment volume," Cordero said. "But that has also driven the increased interest in data and research, for clients to figure out where the opportunities are and what they mean.”

With Cordero at the helm, CBRE is aiming to serve as advisers more than brokers, focusing less on transactions and more on strategy. To do that, the firm seeks to become involved with investors and owners at every stage of the process of buying, owning and selling, rather than just marketing a property.