Charles Werhane has spent four decades in commercial real estate. Previously the president and CEO of USF&G Realty Advisors, Werhane in 2005 became vice chairman and chief operating officer at Enterprise Community Investment, one of the nation’s largest affordable housing nonprofits. Werhane was named president and CEO of Enterprise in 2009 and has led the company ever since. In 2013, he was named National Real Estate Executive of the Year at the American Business Awards. 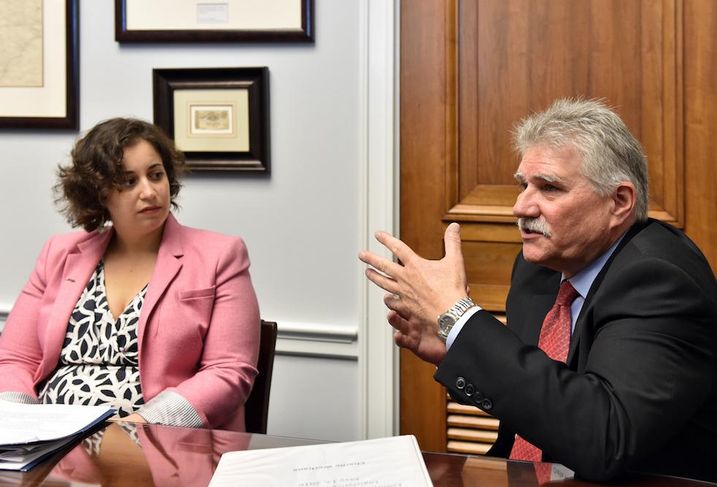 Over the last 35 years, Enterprise has invested $36B and created 529,000 homes. The nonprofit has a stated goal of ending housing insecurity within a generation, meaning that in 20 years nobody would have to spend half their income on housing. Werhane has previously discussed this goal with Bisnow, outlining the organization’s two-pronged approach of preserving existing affordable housing and creating better conditions for new housing to be built.

Werhane: I start by explaining that Enterprise is a nonprofit that makes well-designed homes affordable, because living in that kind of home gives lower-income people a better chance to succeed. My job focuses on providing capital for that work — $7B last year.

Werhane: I would probably be on the development side. I’ve always liked renovating housing and I like creating homes. I like doing residential single-family, and that can easily morph into multifamily or community development of some kind.

Werhane: One of my first jobs was doing residential mortgages for a mortgage banker. It wasn’t a good fit. I always thought buying your house is one of the most important things you do in your life, but that job was just all about volume. 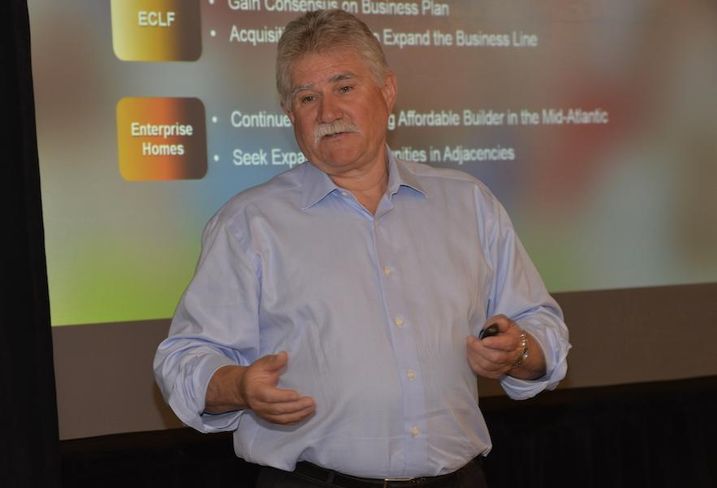 Werhane: The first big deal in my career — at least in terms of size — was doing large land development in Houston for residential subdivisions. These were generally cornfields and we provided financing to develop residential lots.

Here at Enterprise, my first big deal was the New Markets Tax Credit-supported renovation of the Old Post Office in St. Louis early in the 2000s. That was big in a different way: It was a catalyst for a lot of redevelopment around it, and it showed the community how New Markets could help revitalize an area.

Werhane: In 1980, I did an entertainment park in Texas, the entertainment feature for a big development. People liked the park and they came, but the cost structure didn’t work.

One business piece at Enterprise that didn’t succeed the way we originally hoped was the Maryland Workforce Housing Fund. We raised part of the capital, but then the 2008 recession came. The fund wasn’t going to work, so we gave capital back.

But this example makes an important point about how you define failure, because the concept — a double-bottom-line fund — led to the establishment of our Opportunity Fund, a private equity product that has helped preserve thousands of affordable homes.

Werhane: I always felt good, in my work or personal life, if I was having an impact. I did a lot of coaching when my kids were younger, worked with my parents and my wife’s parents, and at Enterprise our work positively impacts the people who live in our units.

Werhane: Organizational politics drives me crazy — it’s not productive, and it demoralizes people. The more I can push that out of the way, the more people can get things done.

Werhane: It depends — I learned different things from different people. Growing up, [I] got my basic work ethic from both my parents: If you work hard, it pays off.

On the business side, there was an individual in banking when banks were closing who was good at telling you to do your job and things ultimately work out. Later I worked for a difficult CEO — he was demanding, he could be belligerent — but he was always saying, “Tell your story.” He forced you to look at what you’re actually saying to people. Don’t just put numbers on a paper, you need to weave together your story. It showed me you can learn even from a boss who could be like Attila the Hun at times. At Enterprise, I worked for a CEO who taught me about nonprofits. He helped me understand how Enterprise Community Investment fits into the broader Enterprise. 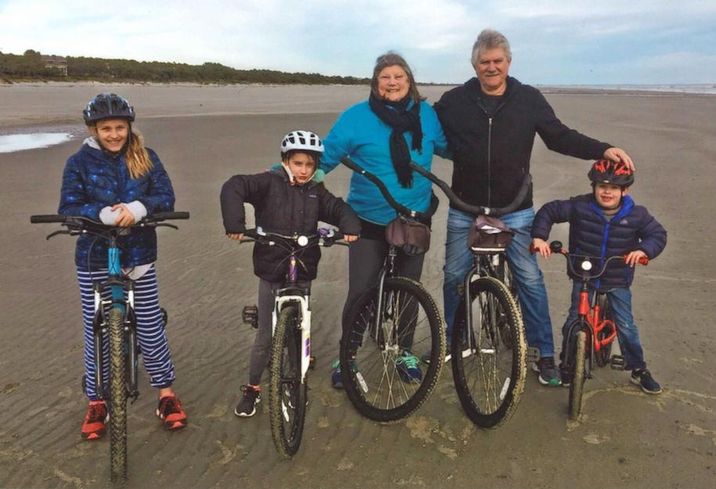 Courtesy: Enterprise Community Investment
Charles Werhane on the beach with his family

Werhane: BEST: Hard work pays off. In the end, results matter — it’s not only effort.

WORST: It’s who you know. That can work in the short run, but in the end, those people who don’t perform get pushed out.

Werhane: We have a summer place in northern Wisconsin.

Werhane: Grilling out in my backyard.

Werhane: It’s all about housing, Mr. President — it’s a core need, just like education, healthcare or public safety. Housing is a ladder to success.

Werhane: I started moving to Houston, with my wife and two kids, before I actually had a job there. Luckily, I got the job.

Werhane: When I travel to the events for our properties, I’m amazed at the personal stories of our residents — the things they overcome in their lives, and the balancing they do to maintain a job and take care of their families. They do so much with so little with all the obstacles in the way: They don’t have a lot of resources. The challenge is the logistics and the money, but they’re able to thrive. And an affordable home makes an enormous difference.

Werhane: There is so much hatred in the world. It’s gotten worse over the last 10 years, and I don’t know where that ends. You don’t have to agree with everybody. If those divisions aren’t brought together, it’s not a good ending.

Werhane: Being outside, especially with my family.