Panel: 'Cultural Revolution' Needed Among South Florida Residents To Get Out Of Cars

Despite the heavy expense, Miami needs to continue to push for expanding transit to remain a viable international city, said a panel of both local developers and government officials at our Power Series: Women of Influence event last week. 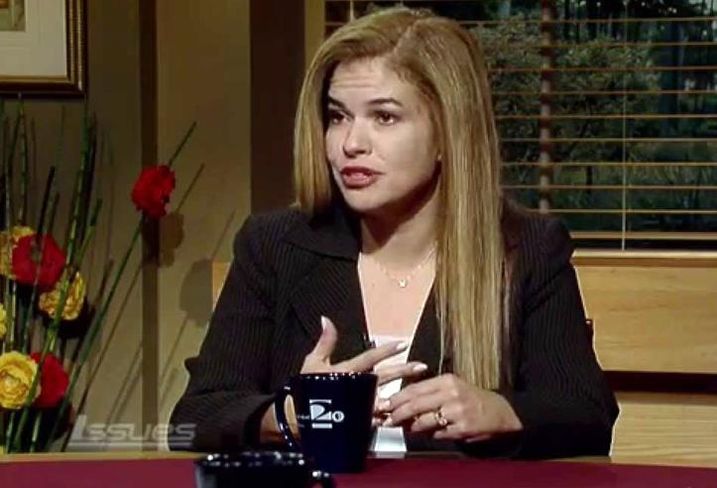 “We're in a congestion crisis in the United States,” says Miami-Dade County's Alice Bravo. And she adds traffic is having a real economic impact, both on people and businesses, including freight flow and economic development deals, especially when corporate headquarters are considering cities. 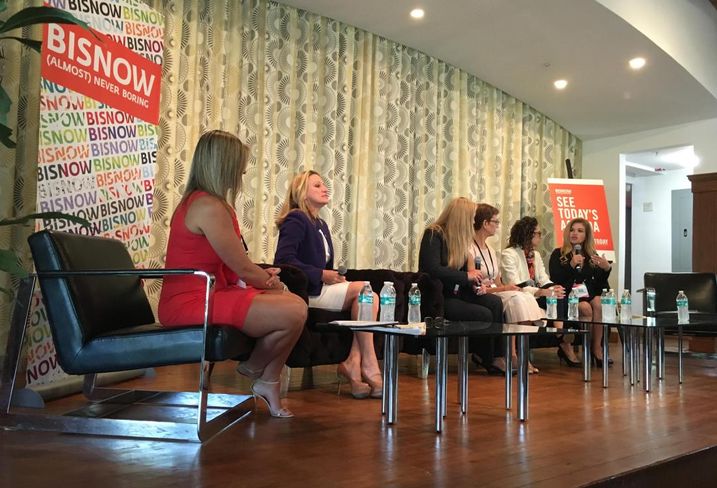 Alice (far right) was part of a panel of some of the region's most influential female decision-makers when it comes to transit and transit-oriented projects, including Holland & Knight's Vivian de las Cuevas Diaz (who moderated), Miami Beach Commissioner John Elizabeth Aleman, Kimley-Horn's Jill Capelli, Friends of The Underline founder Meg Daly and 13th Floor Investments' Nicole Shiman. “Traffic and congestion in Miami Beach has gotten much, much worse over the past 12 to 24 months, and we can't attribute it to an increase in population,” John Elizabeth told our audience of more than 150 at the Miami Beach Women's Club. 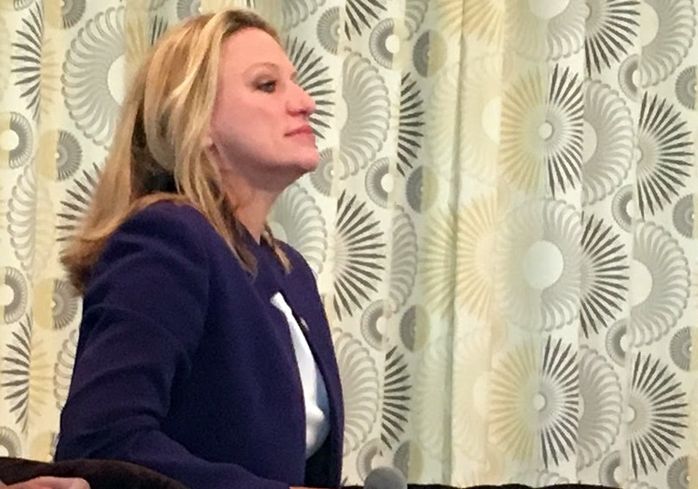 Factors have piled up to spur something dramatic: Property values have jumped, which has made housing along Miami Beach out of reach for the average resident, forcing Miami's hotel, service industry and even construction workers to move out to South Florida's hinterlands. “And they're all coming in their cars,” John Elizabeth says. 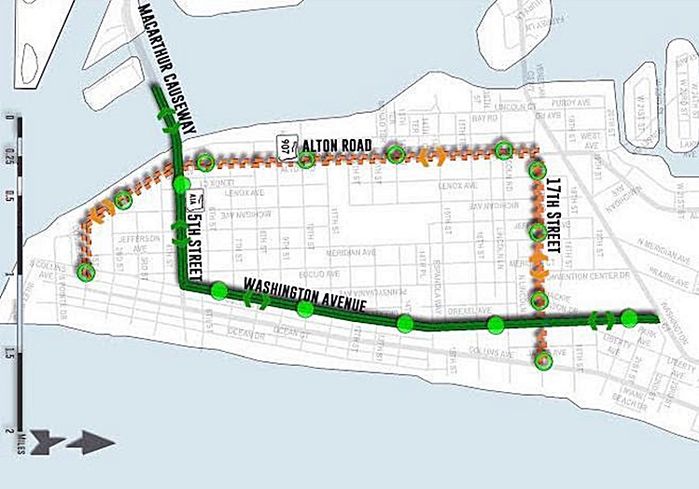 Miami Beach is pushing for a light rail circulator throughout the area. And while that's needed to help the flow of traffic, John Elizabeth says it will ultimately not be enough unless it connects directly to other transit lines in Miami and South Florida. “Miami Beach residents truly feel they're stuck on an island, that it's too hard to get around and get connected to other parts of the city.” 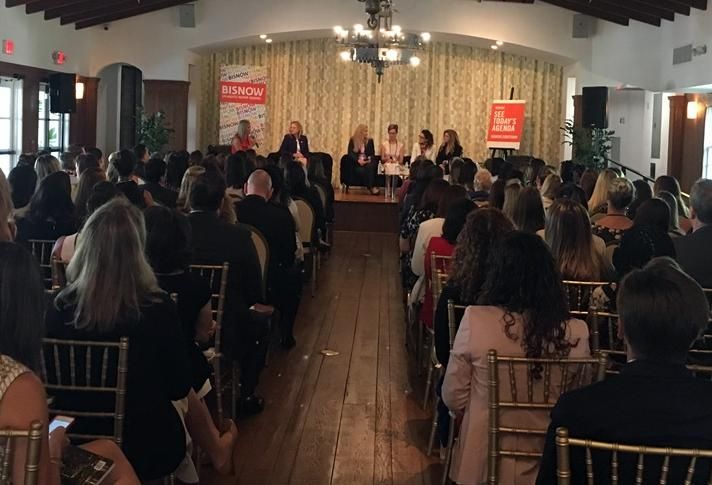 Miami-Dade has undertaken initial studies for expansion of its rail system in six corridors. Alice admits there is frustration among some residents, but says the process to get underway with mass transit projects is labor-intensive. It's also necessary to get Federal funding that's critical for rail expansion to even happen. “These projects are $500M, $1B dollars each, and if you can [get] 50% of capital funds from the Federal government, that's really important,” she says. “In Denver, they waded through studies and got $2B for transit. So let's be a little patient, and we'll get there.” 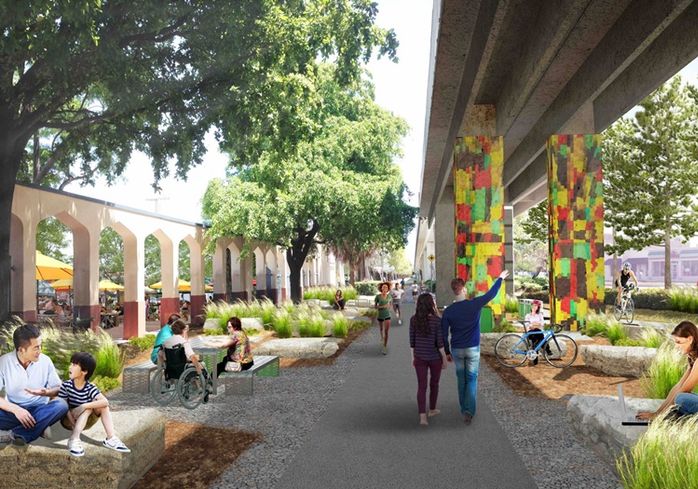 Besides the huge projects, our panel noted a number of smaller projects underway to help battle congestion, including: 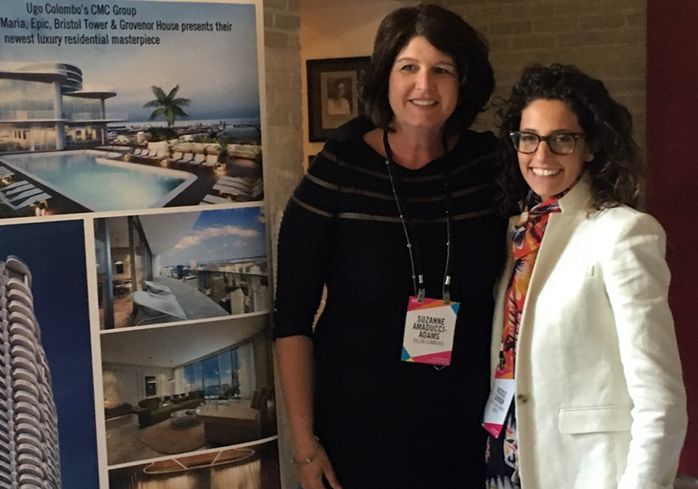 Nicole (on right with Bilzin Sumberg's Suzanne Amaducci-Adams) notes local governments—even with federal funding—won't be able to accomplish all the transit projects without financial input from the private sector. But she says that's a compelling proposition to local businesses because of how much traffic affects the economy. “[13th Floor and I] are big believers in the migration into cities and the behavior change that we're observing in demographics like Millennials who simply don't want to drive and teenagers who are no longer choosing to get their license and are instead asking their parents for $150 in Uber credit. These trends in macroeconomic factors that are real and are happening, impact the economics of business and impact the economics of demand,” Nicole says. And developers need to help by creating mixed-use projects at transit nodes to encourage ridership. 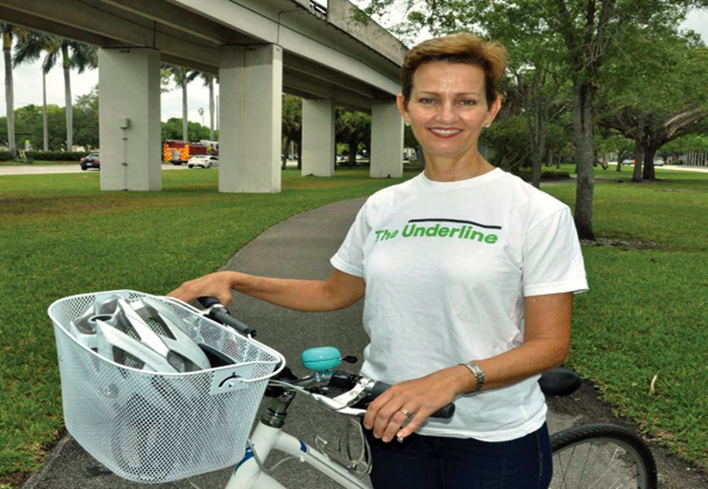 While transit ridership is up, some panelists note awareness is still at a low point. Alice says it's her job to create a “cultural revolution” toward transit in Miami-Dade County, but there is still so much lack of awareness of what the current transit systems can do among residents. “It's amazing to me that it was a $500M project to connect the MetroRail to the airport and most people don't know it,” she says.  “Transportation is access to education, it's access to employment. Ultimately its access to opportunity.”

“I really think that people have to be willing to adopt a different lifestyle,” Meg (here) says. On a recent trip to NYC, she used rail to go everywhere. When she returned home, she immediately got in her car to go a quarter of a mile to a CVS pharmacy. “Did I really do that? It's sort of like an a-ha moment that we're going to have to let go of our dependence on the car.”