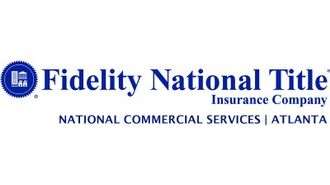 
The Jacksonville, Fla., skyline from across the St. Johns river

Fidelity National Title Group, the largest group of title companies and title insurance underwriters in the U.S., is expanding its physical presence in Florida. While the Atlanta office has typically serviced the Southeast market, the new office will cement Fidelity’s commitment to reaching its national customers directly from its Florida headquarters.

“Eight years ago, after working in private practice and for a large commercial developer, I had the opportunity to work with what I considered to be the strongest title insurance company in the nation, and they are based right here in my backyard,” he said.

When he was asked to help build the company’s national commercial presence in Florida and in his hometown, he jumped at the chance.

As a company with a national network of commercial offices, Fidelity’s Florida commercial presence can help customers navigate a growing number of large-scale, multisite and multistate transactions. Part of the challenge has been letting customers know that the efficient coordination of multistate businesses is a possibility.

“In a state like Florida, people often tend to be focused just on what services are available within that state,” Booher said. “For a customer to understand that they can go to an operation like us to coordinate title, escrow and closing services in any other state, when they are so used to having to go state-to-state, has been somewhat challenging, but well-received."

Booher predicts these types of deals will continue to grow in popularity and span all property types.

“The multistate deals include retail projects, hospitality portfolios, office complexes and multifamily developments,” he said. “Developers and project owners based or doing business in Florida are increasingly developing and buying large-scale projects throughout the U.S.”

The rise of lifestyle projects throughout the country has also received increased attention.

“These are developments where it is not just a building or a shopping center or a hotel,” Booher said. “They are connected to communities that are encouraging a better lifestyle for the people living and working in those communities. Now you are seeing those types of developments in every major market.”

Rather than worry about every step of the process themselves, clients can rely on Fidelity to manage the entire title process across multiple state lines, allowing customers to focus on completing their projects.

It helps that Booher has an extensive background in commercial real estate. Prior to joining the team, he worked in private practice for 11 years as a real estate and business litigation attorney, and spent seven years as an in-house attorney with The St. Joe Co. in Jacksonville.

“In terms of what a customer should look for in title insurance, choose a company that employs the best in the business,” Booher said.